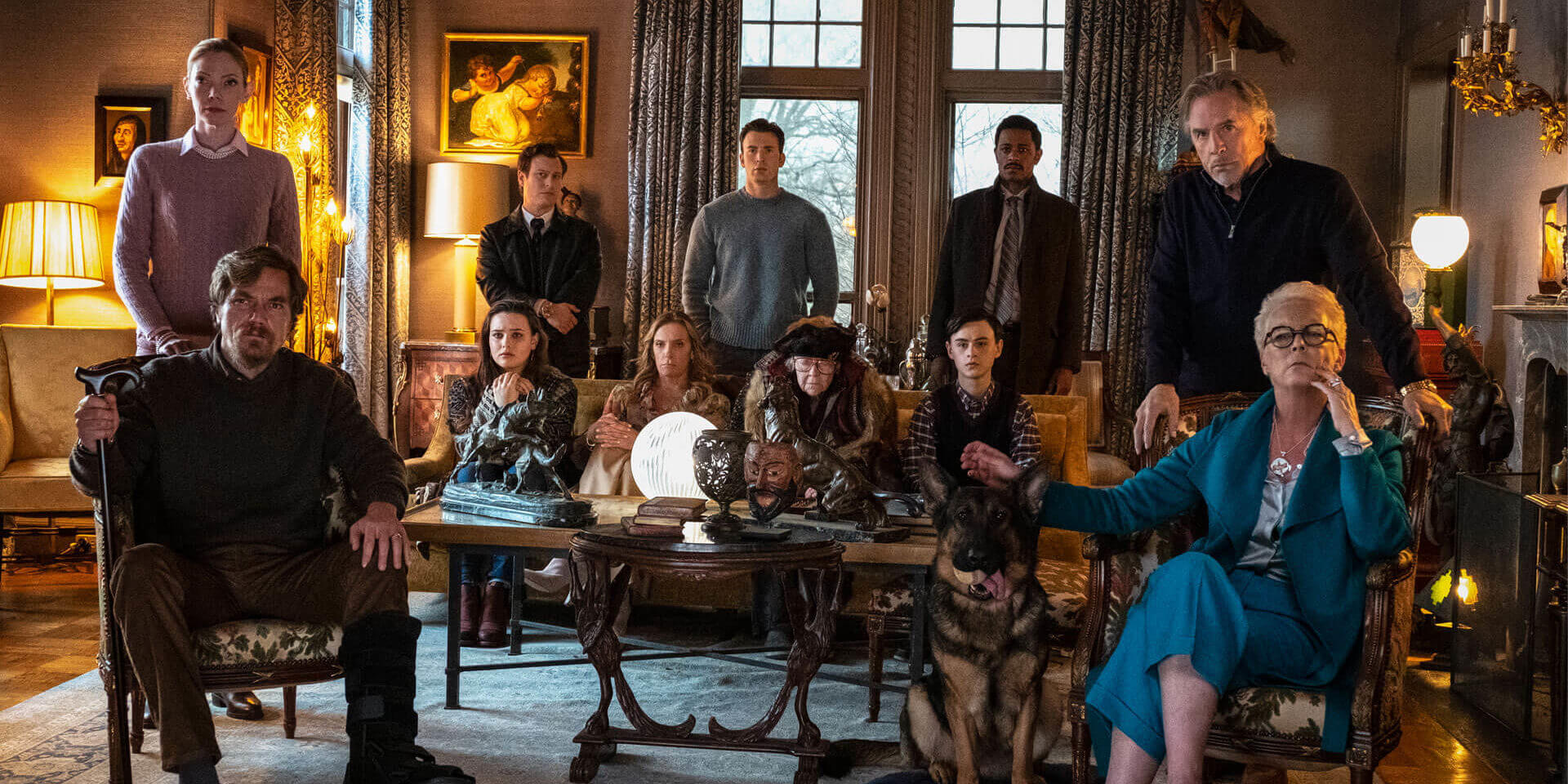 Rian Johnson’s whodunit is a modern day Agatha Christie success, a slap in the face to cliches like Murder on the Orient Express, and a recipe for directors to follow moving forward, if, you know, they’re interested in making something good.  Is Rian Johnson a better director than Kenneth Branagh by default now, especially with a Star Wars movie under his belt as well?  Maybe, at least a better creator of movies for the now, as opposed to classics come to life, with Knives Out proving that he can craft something clever and yet not too clever, fresh but still grounded in tradition.  Basically, this film is one of the best murder mysteries you’ll ever watch, a fabulous blend of horror and comedy, blood and bloodlines, absurd and understandable.  2019 might see some better overall features, but perhaps none so fun, and that’s no insult.

Harlan Thrombey, the elderly author of a famous crime novel series, has died, and every one of his family members is a suspect.  They were all at the Thrombey mansion for Harlan’s birthday party, and it seems that he took advantage of their presence to give each one of them a piece of bad news.  Being greedy and spoiled, his children and grandchildren all took the telling off terribly, and so each has a motive.  Enter the enigmatic super sleuth Benoit Blanc, who suspects foul play, although the death has been ruled a suicide.  He tasks young family nurse Marta Cabrera with acting as his trusty sidekick, being convinced of her innocence, and relying on her knowledge of the household and tendency to always tell the truth.  But there are more twists in the plot than might first appear, and much more work to be done by Mr. Blanc before the real killer is caught. If audiences are looking for a good time this awards season, when heavy dramas might weight holiday spirits down, they would be well-advised to find the nearest showing of Knives Out; it’s two hours you will be happy to spend.  It’s almost audacious that a film like this would come out at this time of year, and legitimately compete for Best Picture among the giants of serious topics and dramatics.  We just don’t see the like very often, especially not this month, which makes it all the more refreshing and wonderful.  Knives Out really is a fully immersive and enveloping murder mystery extravaganza, one that we voluntarily throw ourselves into and forget about whatever else might be going on in our lives.  Johnson allows us to dive in completely because he never lets off the gas, the action is always pumping, the clues are always mounting, and we want to know all the details, we must know all the details, that’s how much an actual part of the fractured family we feel by the end.

It might be surprising to those who have seen this cast list to know that Ana de Armas is the absolute star of the film, since she’s one of the lesser known names, though not at all one of the lesser talents.  She leads the way perfectly, and those who don’t know her well will need to keep their eyes peeled, because she’s only trending upward.  Craig as Blanc was another key character, leading the plot along with his deductions, but adding humor in as well when times got tense.  The comedy was incredibly balance throughout, complimenting the crime element amazingly well, and everyone in the cast pitched in, even the weakest actors among the group, no one misstepped: Chris Evans, Jamie Lee Curtis, Michael Shannon, Don Johnson, Toni Collette, LaKeith Stanfield, Christopher Plummer, Jaeden Martell.  Katherine Langford from 13 Reasons Why might have been the only noticeable flaw, but her part was small, as were all the family parts really; de Armas & Craig were the clear leads and boy did they lead.  I cared about where the story was going, I cared about how it ended, and I had no problems with the way it was wrapped up, which is rare, that’s hard to do, but Knives Out just proves that it’s not impossible to make a magical murder mystery; let’s just hope we see more.