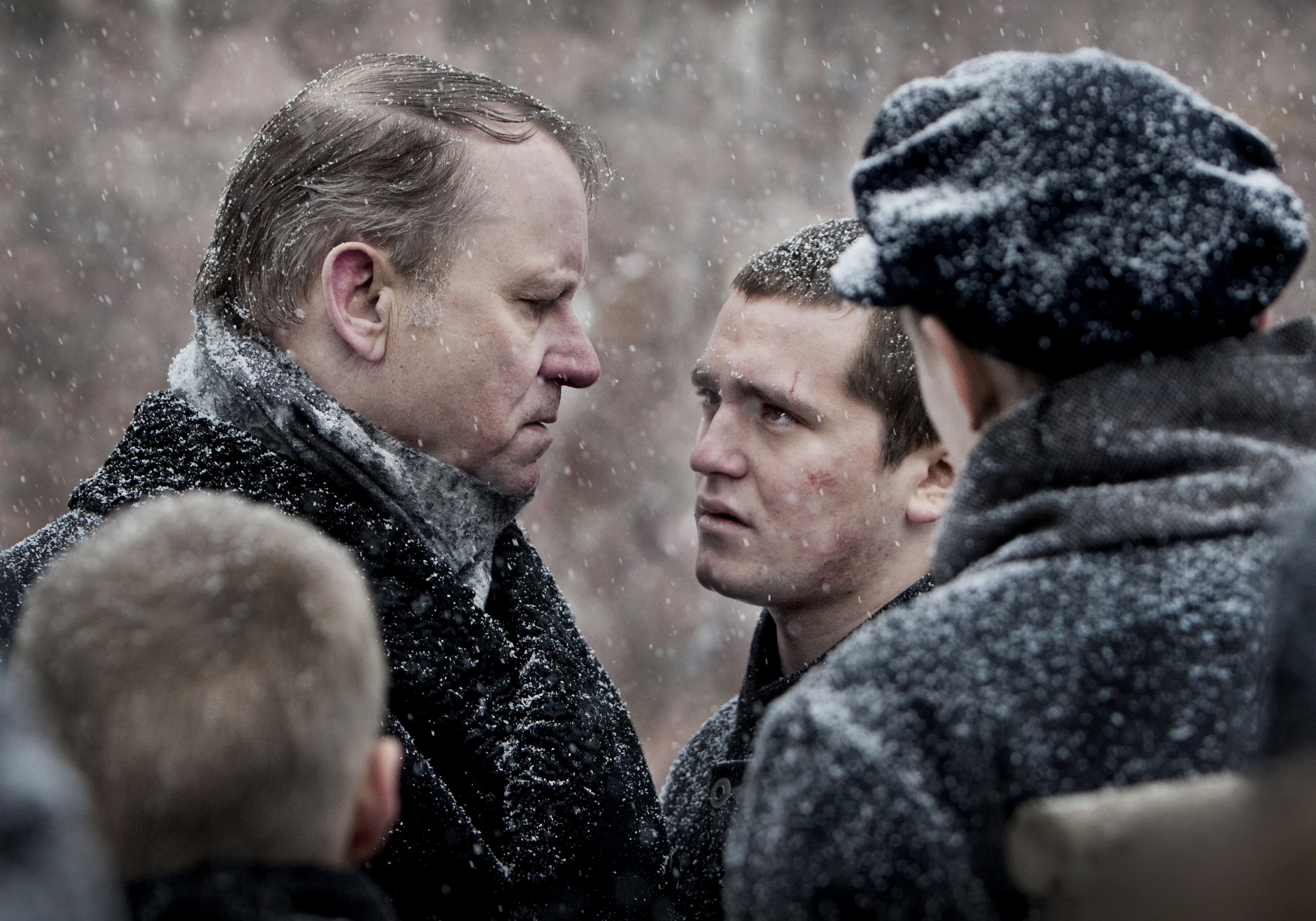 It’s not often you stumble across a random Norwegian movie that warrants five stars.  Especially when the topic of the film is the abuse of boys in a juvenile detention center in the earlier 1900s.  A bit of a downer, especially with the winter setting, the lack of color, subtitles; not the picture of enjoyment.  But King of Devil’s Island offers something refreshing that you don’t see in your average American film; stark reality.  Not pleasant, not entertaining, not enlightening, not even darkly humorous.  Just reality in a raw form, but somehow deftly down so as not to completely alienate audiences.  Not bad for what amounts to an accidental watch when so many intentional ones go so poorly.

Winter, 1915, Bastoy Boys’ Home, Bastoy Island, Norway.  At this “rehabilitation” center, boys are brought in to be corrected, to live on the island for as long as it takes to become normal productive citizens that can then earn their ticket back to the mainland.  Conditions are harsh, work in intense, and rules are strict, with extreme punishments doled out to those who step out of line.  The two newest inmates, Erling & Ivar, attempt to adjust to their new home, Erling befriending the “lead boy” Olav, who is in charge of the barracks and will soon receive his papers to leave the island.  Ivar is taken under the wing of the housemaster Brathen, a relationship that is both inappropriate and ignored.  But the boys of Devil’s Island can only take so much and, with Erling & Olav leading them, they may be prepared to push back.

This is a true story, and not an uplifting one either.  It’s a tale of abuse, of capture, of the killing of dreams, and ultimately of darkness.  This theme has been used before to make strong points, but never to this degree of terror & truth.  It’s not a film for the faint-hearted, and yet holds back from becoming sensational and over-dramatic.  The characters are always real, always relatable, and pathetically trapped in their situations, demanding pity that you know won’t do any good.  It’s a movie that will get you, with fine acting, a bleak set, and a reality that was captured perfectly.  A light touch was needed and applied by the director, I’ve never seen Stellan Skarsgard better, and the two young leads were amazing in their roles.  Not a well-known film perhaps, and definitely not one for every viewer, but a movie with quality in every area and the audacity to give it to you straight.