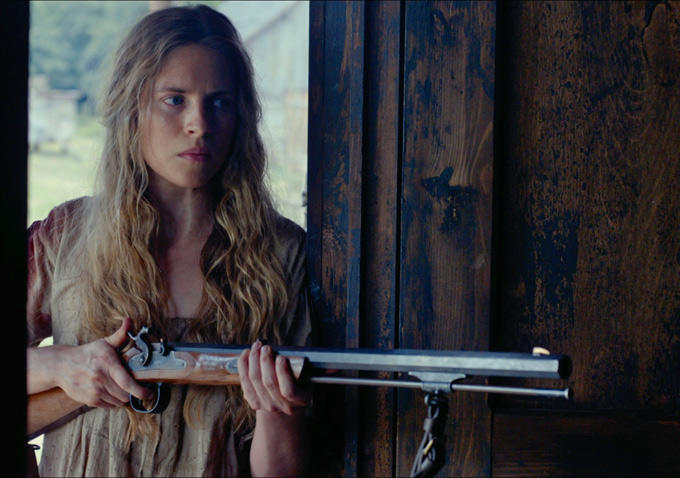 The Civil War from a woman’s point of view; sounds like a winning combination.  After all, American audiences are always ready for another Civil  War movie, we love the inherent drama there, the violence that for once actually has a solid back story.  And right now women’s roles are at an all-time best, Hollywood finally writing strong female leads, actresses stepping up to the challenge in a big way.  So everything about The Keeping Room should have worked; unfortunately it did not.  Amateur director Daniel Barber forgot that, although the idea behind this film is strong, everyone involved still needs to execute in order to make the entire project a success.  Basically, you still need a good pace and some good acting, both of which were sorely missed.

The deep South during the Civil War was a land of battlefields and abandoned homesteads.  Men had gone off to kill each other, leaving their families behind to fend for themselves amid the chaos.  For three women on a farm in Georgia, that would mean defending their very lives against the uncontrolled violence that roamed free.  Augusta, the eldest, was in charge, making sure the girls held strong, kept at the work, didn’t lose hope.  Mad, the slave, was unaccustomed to friendship from those who owned her, but times had turned old roles on their head.  And Louise, the youngest, still hopeful that her papa would come back, still stuck in the old ways.  The trio would stand together to defend their farm and their lives when rogue soldiers came carousing, forming a bond that would never break.

This film was touted early as an Oscar sleeper, but fell very, very short.  It did win a couple smaller awards, but I think we can chalk that up partly to content and partly to the melodramatic Academy feel that so often accompanies stark violence.  Just because the story centered on the Civil War, women were given solid parts, and the characters had to deal with death doesn’t automatically make The Keeping Room a winner, and actually I think it went the other way.  The pace, for one, was so misguided, never forced to march, always allowed to meander.  And the acting was theatre at best, forcing tears and using old tricks, never convincing us that there was honest emotion there to display.  Slow to the point of napping, overwrought with crying and pain, this is a movie that misses the stirring drama it was desperately trying to be.