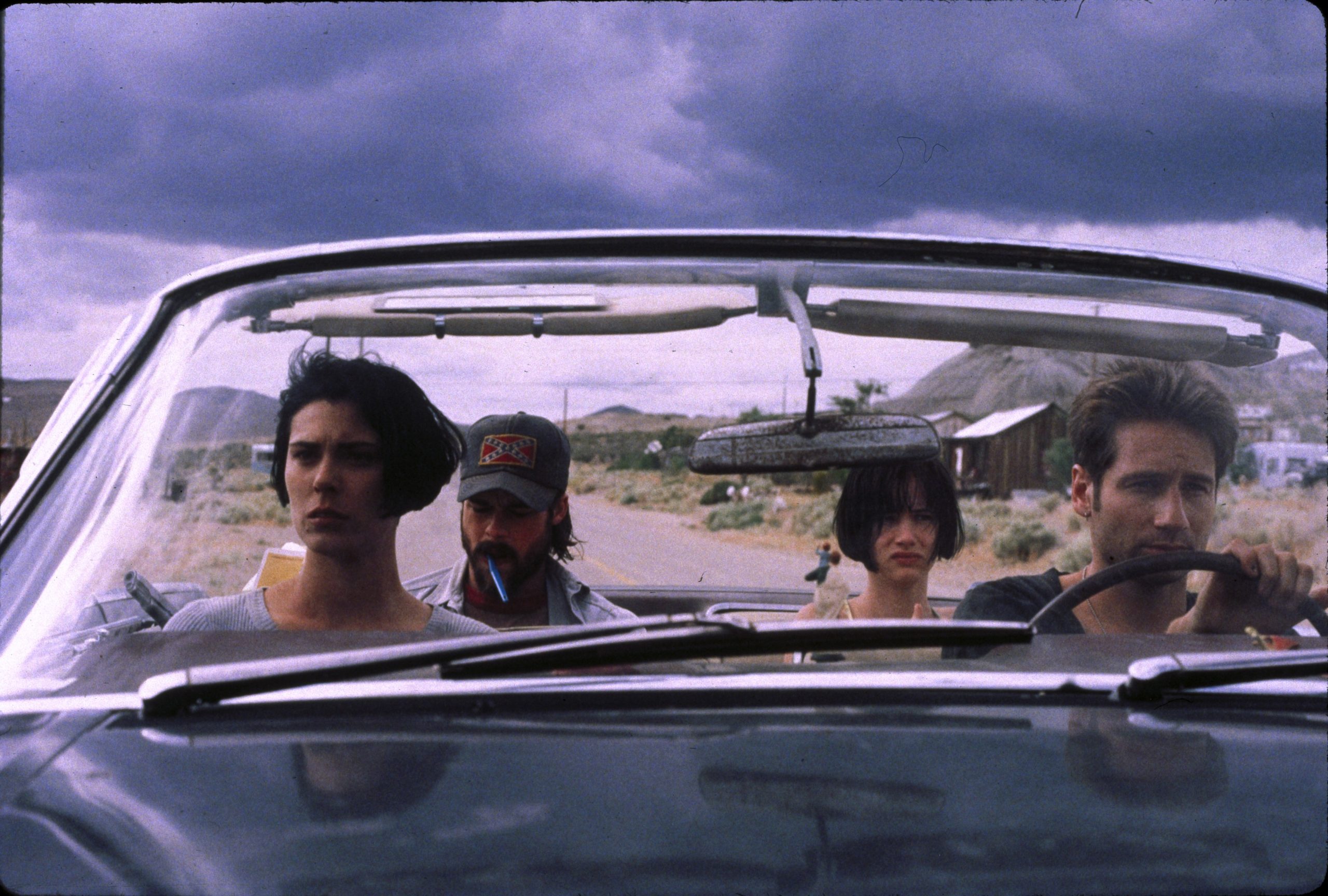 When I was a teenager I went on a huge Brad Pitt kick, and if you asked me then I would have said that he was the best actor in the world.  Well, I wouldn’t say the same now, there are other names that come to mind if I was making that list (Daniel Day-Lewis, Philip Seymour Hoffman, Leo, Tom, others I’m sure), but I won’t change my opinion completely; Brad Pitt is and always has been a phenomenal actor.  You can even go on a deep dive and come across some really bizarre films he was in as a youngster, even excluding Thelma & Louise: Cutting Class, Johnny Suede, Cool World.  And then came A River Runs Through It to put him on the map, followed by Kalifornia, to show that he’s much more than some pretty boy, that he can be a monster easily enough if you only ask him to.

Brian is a writer who is trying to make the jump to novels from magazines, and his specialty is the psychology of serial killers.  His girlfriend, Carrie, is a photographer who shoots black&white nudes.  They’re both a little too odd for the conventional art world, and so never have any money, and just can’t seem to get their feet in any doors.  They decide to take a road trip to California, stopping at famous murder sites along the way, to get inspiration and perhaps finally break through, but the problem is they’re broke.  So they advertise for someone to come along for the ride and share the expenses; enter Early and Adele.  They are backwoods, strange, Early is a little scary, and Adele is not much more than a child.  But hey they want to pitch in for gas; just don’t ask Early how he manages to pay, because, although his methods might be of interest for Brian’s book, they aren’t exactly humane.

Dominic Sena was a first time director here, and he would follow it up with an eclectic list: Gone in 60 Seconds, Swordfish, Whiteout, Season of the Witch.  So not a lot of talent there, and you can tell; the movie isn’t really any good.  But it’s good for a few things, and that’s reason enough to watch if you’re curious.  One is, of course, Brad Pitt in an early role, and a strange one at that; it’s so odd to hear his accent, watch him all dirty and gross, and then see him become a killer right before our eyes.  Another is Juliette Lewis, who really steals the show as Adele; she’s so simple and child-like and weird.  It’s also fun to remember that people once saw David Duchovny as a sex symbol, and by “fun” I mean “hard to believe”.  Kalifornia is a conversation piece more than an actual film, but still, you gotta have something to talk about.