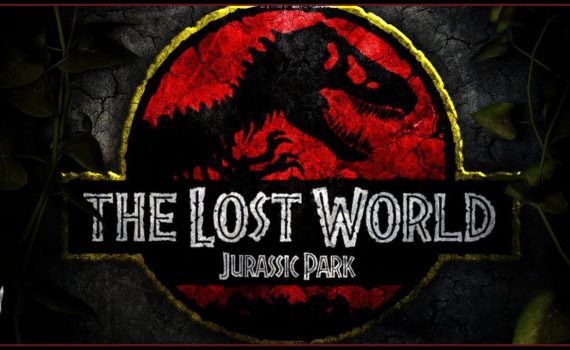 I remember now why I don’t like Julianne Moore.  I’ve often wondered, because she can be a very good actress, I’ve enjoyed her many times over, she’s quite talented, and yet I simply don’t like her.  And now I’ve remember why; Jurassic Park II.  Or, rather, The Lost World: Jurassic Park, which I guess is a nod to the classic novel about a lost land of dinosaurs, but it’s a stupid title, especially since the next one is really called Jurassic Park III.  Anyway, I digress; Julianna Moore.  It’s her character and performance here that has always thrown me, because, however bad the film is (and it’s awful), she is worse, and makes the stinking pile around her smell that much sweeter.  Still, this is one of the worst action movies you will ever see, definitely one of the worst Spielberg flicks, and it craps out enough on its own without any red-headed help.

Dr. Ian Malcolm has been trying to tell the public all about Jurassic Park; the disasters, the deaths, and the truth.  But Hammond and InGen have been denying the story, until now, when another island is reported to have dinosaur life, and a little girl has been attacked.  A research team in needed to get to the island, understand these creatures, and harness their power; at least, that’s what Hammond wants.  His board of directors want something else; live specimens to bring back to the States, to create an agttraction that will rival the San Diego Zoo and amaze the world.  Problem is, as we already know, nature doesn’t follow man’s rules, and our attempts to conquer a previously-extinct species will fall into ruin once more.

One of the “problems” (and I love the movie, it’s a classic, don’t get me wrong) of Jurassic Park is that it doesn’t feature Goldblum enough.  He & Attenborough & Samuel L are the real stars, because Neill & Dern & the kids aren’t really that good, but the film works anyway because, well, it’s awesome, and Spielberg is a genius.  The famed director decides to lean heavily on Goldblum here in the sequel, which is a great idea; unfortunately the entire rest of the movie blows.  It’s bad, like real bad, with terror around every corner that has nothing to do with the dinos.  I think rock bottom was when the little girl does gymnastics, calls for a raptor’s attention, and then kicks him out a window.  That was the end for me, but, really, nothing had been good up to that point, so what did it matter.  The actors were abysmal, the plot was insane, the ending is insulting, and I hated every minute of this piece of trash.  I remember it not-fondly from the theatre in the 90s, but I really think it’s far worst that I had thought; sometimes sequels suck.