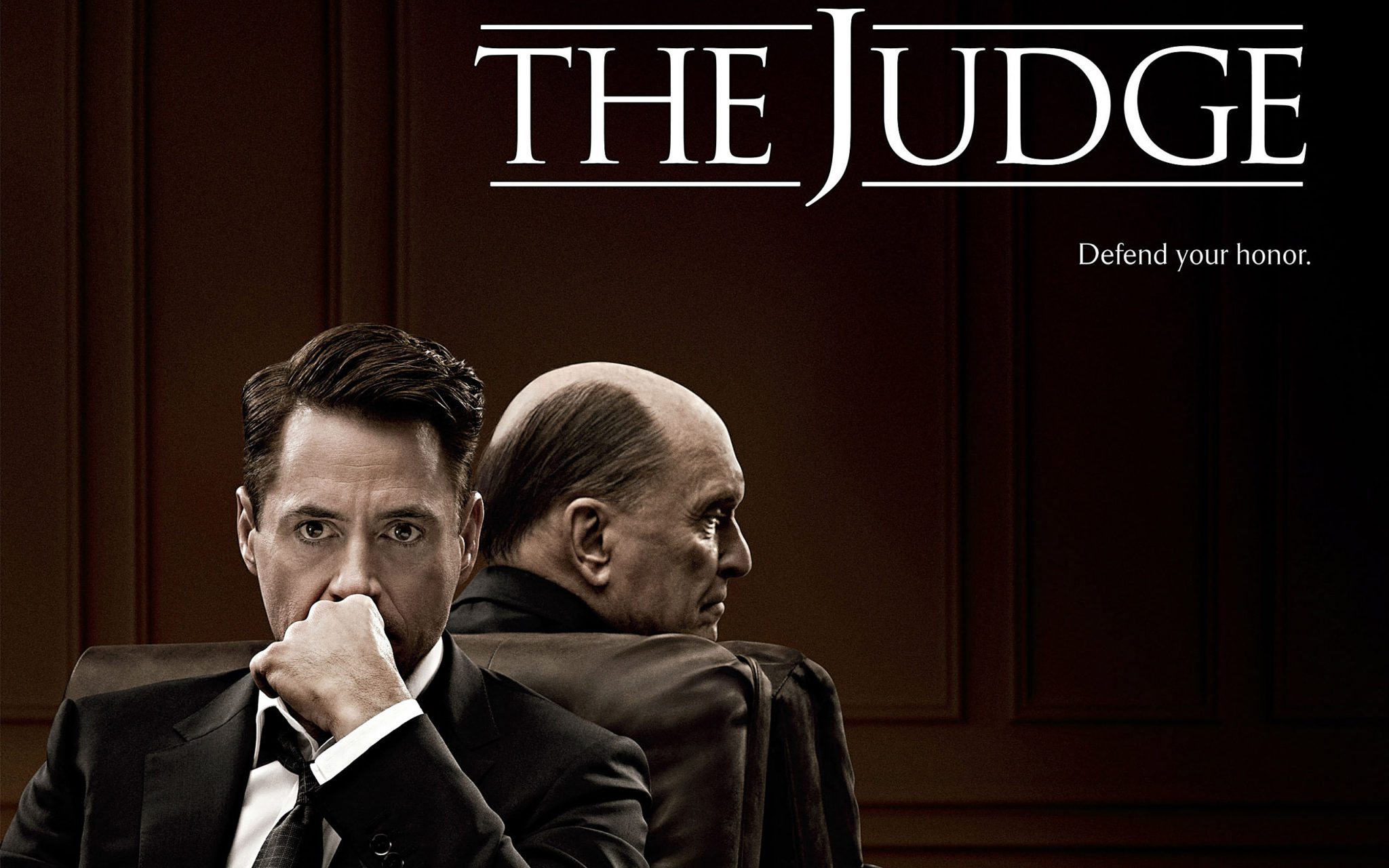 Director David Dobkin decided to mix things up a bit and take a stab at drama, when comedies were his previous forte.  Shanghai Knights, Wedding Crashers, Fred Claus, The Change-Up; you can easily get a sense of the taste level/genre choice of this director, and the fact that he attempted such a heavy drama as The Judge shows that he’s at least brave, if not exactly wise.  This is a movie that deals with ethics, divorce, death, cancer, prison, homicide, emotional abuse; you name it and if it’s bad it’s here.  Dobkin tried to add a little humor into the mix to lighten the mood, that’s what RDJ is good at anyway, wry cynicism in the face of serious situations.  But it didn’t work, both were in over their heads, and the result isn’t pretty.

Hank Palmer is the cliche asshole defense lawyer from a Chicago skyscraper that you imagine when you think up the worst of those who try to keep white-collar criminals out of jail for a living.  He’s rude, cocky, bright, undeniably gifted, but unhappy behind a facade of perfection and success.  At home, his wife is leaving because he’s never present, his daughter hardly knows her father, and his beautiful house doesn’t translate into a happy home.  Things come crashing even further down when he receives the news that his mother has died, necessitating a trip to rural Indiana to attend the funeral.  Hank left that world far behind long ago, a place where his father is an ice-could judge, where his brothers have never left, where the girl he loved in high school still works at the local diner.  But he’ll be drawn back into the local politics of the small town when his father is tried for murder, the aging judge accused of deliberately hitting a former criminal with his car.  Old memories resurface, ancient hatreds live on, and Hank will have to reconcile with the pain of his past if he’s to help a father who he no longer loves.

The Judge is a film that’s cheesy at all the wrong times; I think we can assume Dobkin didn’t know what he was doing.  Movies can be a little cheesy, or even a lot, if they’re first capable of sucking us in, so that we eat the sap instead of spitting it back out.  Get us on board and we’ll forgive you some cliches; fail to draw us in and your standard storylines just look stupid.  Typical from the very beginning, there is never a reason for audiences to dive head first into this story and its characters, resulting in our clear view of the tricks the director is trying to pull later on.  The gasps in the court room, the storm that blows into town, the girl that was left behind, the athlete with the injury that ended his chances; I mean, really?  It’s pathetic how Dobkin was not able to deliver this product, and he probably shouldn’t try again.  Duvall was nominated for an Oscar for his role, and he’s by far the best part, but I wonder if it was just a down year, because he wasn’t that good.  Downey Jr. wasn’t either, his schtick getting very old very fast.  This film gets high ratings from audiences, low ratings from critics, and that makes perfect sense; it’s an under-rehearsed con job that shouldn’t work on those who know what to look for.