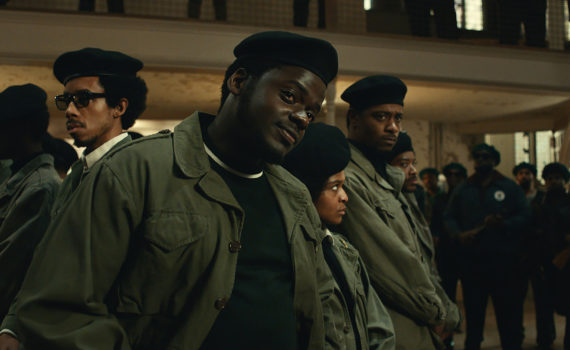 Judas and the Black Messiah is a combination of BlacKkKlansman and Trial of the Chicago 7, but the difference (and the reason it’s not as good as either) is the direction; those other two had Spike Lee and Aaron Sorkin, while this one has Shaka King.  Judas is his first big feature film, and its themes alone are too big for an unproven to contain, manage, and, well, direct.  That this film was a darling at the Oscars last year isn’t really a surprise, but perhaps the critical success is; the story is great, the delivery grand, but the overall product is shockingly boring.

This is the true story of Black Panther revolutionary Fred Hampton and his untimely death, brought about by the treachery of informant Bill O’Neal.  Hampton wasn’t just Chicago’s preeminent civil rights leader, he was on the cusp of bringing together all the gangs, all the revolutionaries, all the reformists, and creating one powerful movement for change that would shift the balance of these United States.  But O’Neal saw an opportunity to save his own skin by posing as a freedom fighter as well, to get close to Hampton, to report on him, and, ultimately, to watch him be crucified.

It’s funny; the way I started the summary brought to mind The Assassination of Jesse James by the Coward Robert Ford, and, really, there are a lot of similarities here.  The betrayal plot is ripe for drama, that’s for sure, and the true story element is fascinating.  Both films are a little slow, as well, and both could probably improve with a rewatch with a refocused brain.  Is that what cinema is supposed to require?  No, but some stories audiences have to work for, some stories are worth working for, and this might be one of them, regardless of my low initial opinion.  Had Judas been done, odd as it sounds, with the mood of a Western, had it been quicker, have it been pared down to its bare bones, the story might have felt more accessible and watchable, might have caught our interest beyond the true story element that already had us watching.  Getting us to listen is one thing, I listened, and I heard, but I also would have liked to enjoy, to come away moved, and that simply didn’t happen.