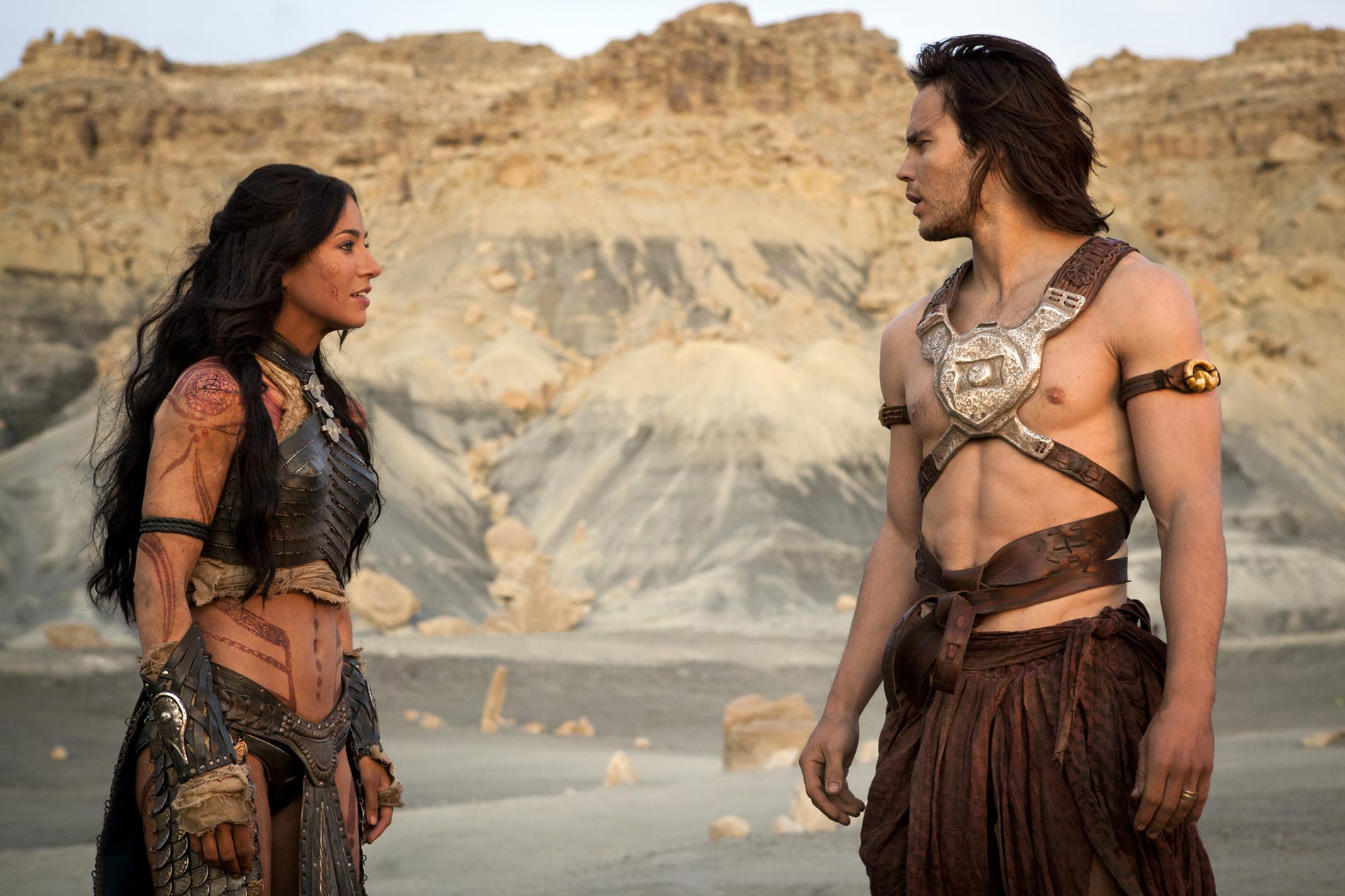 I would ask what could had been had Valerian been half as good as John Carter, but that’s exactly what happened; Luc Besson created something five years later that was exactly half the quality of something Disney (of all companies) was able to produce in their spare time.  To be fair, Disney had history on its side, and a great early sci-fi series, written by by an American legend in Edgar Rice Burroughs.  John Carter came out one hundred years after the first Barsoom tale, honoring the writer and all his stories about Mars & its people.  I’m not sure what I was expecting when I sat down to watch this film, but definitely not something so solid, such a pleasant homage, and so easy to enjoy.  I wouldn’t say no to another in this franchise, as long as it took its predecessor’s route and stuck to the pure entertainment that worked so well the first time.

John Carter is an emotionally wounded Civil War veteran who finds himself in a sticky situation out in the Wild West, on the run from both American soldiers and Apache braves.  He stumbles upon a mysterious cave and accidentally transports himself to the desert landscape of Mars, where a thousand-year war is being waged between two rival cities, Helium and Zodanga.  Carter has amazing strength and agility away from Earth, and is taken as a great warrior by the savage Tharks, who aid him in rescuing the Princess of Helium from the evil Zodangan warlord, who is himself being aided by a curious, immortal people who work in the shadows to pull the strings on lives like puppet masters.  Carter must tread lightly to survive in this new land, but will have to make bold decisions eventually, when the fate of the world begins to teeter toward destruction.

What a fun ride, from start to finish, and what an absolute surprise.  Disney nails this nod to the greats by relying heavily on what we’ve already shown to have liked before; simple action, color-coded rivalries, love stories, and dogs.  Seriously, John Carter isn’t rocket science, it’s a basic formula, which worked then and can work now, if done correctly.  Now, the movie version of the story gets a little muddled, and I’m still not sure what the point was of the secret puppet people, but you don’t have to look too far down the rabbit hold, you just need to sit back and enjoy.  When my kids get slightly older I could watch this with them, it’s good for all ages, and they’d still interested from beginning to end, even with the slightly long run time.  I liked Kitsch as Carter, he was an easy hero to root for, and the supporting cast was strong: Willem Dafoe and Samantha Morton with good voice work, Ciaran Hinds and James Purefoy from Rome, Mark Strong and Dominic West as villains.  But man did I hate Lynn Collins; more than once I thought she was about to double cross and then realized that she was just a terrible actress.  Like, really terrible, but that still didn’t stop me from completely immersing myself in this wonderful world and enjoying (mostly) every minute.