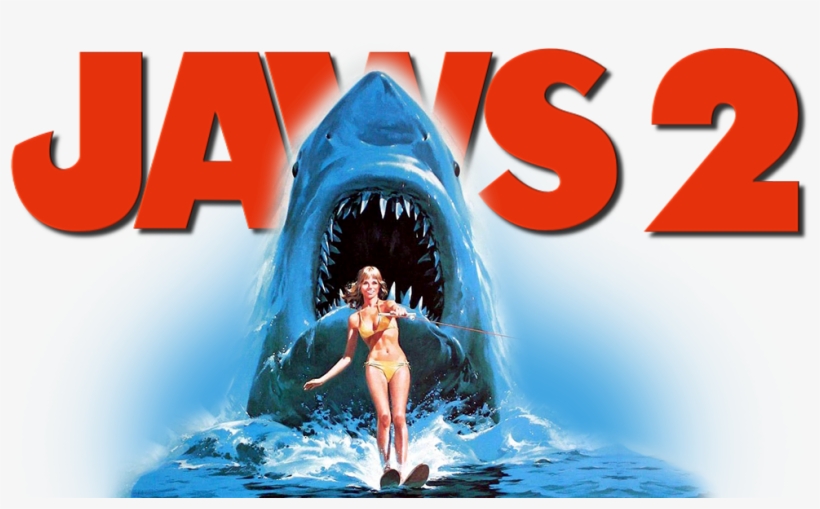 One great thing that can easily be said about Jaws 2 is that it isn’t Jaws 3.  It shouldn’t be required to see a future film in order to appreciate a present one, but that’s just how it is; this movie is in no way Jaws, but at least, thank ygod, it isn’t Numero Tres.  Obviously, when you lose a director like Spielberg you’re in for a drop off, and nothing could have compared with the classic anyway, it was a film that couldn’t be topped, let alone matched.  But they did …fine …with what they had, made a shark flick for our entertainment, and that’s something, if not much.

Chief Brody’s kids have grown up, the town has moved on, but he’ll never forget the monster that terrorized his town, and now dominates his dreams.  He finds himself panicking on the beach, overreacting to fish, and losing control; that shark really did a number on him.  And now, when a few mysterious events take place on Amity, Brody begins to feel certain that another great white has come to the island, although no one believes him.  When his own children become prey to this natural killer, it’s up to him to step up, go out on the water, and face his fears head on.

So, Jaws is partially a horror film, but it’s also so much more, which is what makes it so brilliant.  Jaws 2 makes one big mistake, and that’s only focusing on horror, turning the shark into a slasher, and forgetting the rest.  The result is a horror movie, sure, fun, but the shark is not a knife-wielding psycho, it’s an animal, something the movie forgot and faltered because of.  It turns silly how much the creature is overblown, and it doesn’t allow us to fear it in the same way, resulting in a weird vibe.  Also, the film features far too many 70s teen actors, with no support from more-talented adults, and that creates a beach party/sex romp/camp slasher mood that simply isn’t good.  Scheider does his best, the music still haunts, I guess you can’t blame the cash grab, but there’s just no following such a huge act.