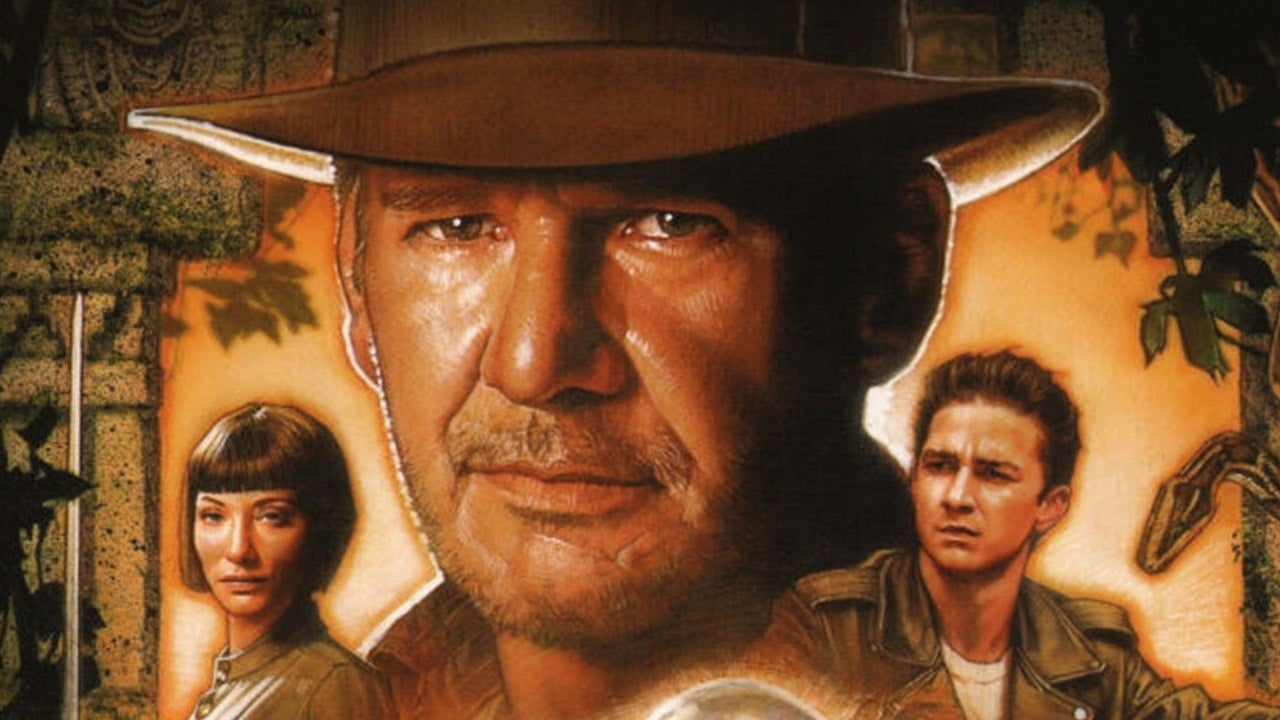 I hesitate to even review this movie, since it’s such an awful, cheap, and insulting ploy to play off fandom and make a quick buck, but here goes anyway.  The original trilogy (Raiders of the Lost Ark, Temple of Doom, Last Crusade) is legendary, even if the middle of the three is ridiculous, and I’m disappointed that Spielberg thought he needed cash bad enough to add on to what didn’t need adding on to, especially with this caliber of movie.  Crystal Skull is even worse than I remember from watching it in the theatre, an absolute waste of space that should embarrass anyone involved.  And it gets fairly decent critics ratings, Robert Ebert gave it an 8/10; did we watch the same movie, people?!  This film sucks, it just sucks, from the acting to the action, from the story to the CGI, it’s one giant ‘oops’ that ought never to have been made, and it’s insane to believe otherwise.

Twenty years after the heart of his adventuring days, Dr. Jones is still a professor, and still finding himself in the middle of battles he didn’t start but is oddly equipped to fight.  He did his duty for his country in WWII, was a spy of sorts, and now a group of Russian paranormalists want what’s inside his head.  They use Indy to help them find a mysterious box at Area 51, which is tied to a greater treasure they hope to find deep within the jungles south of the border.  Supposedly El Dorado is real and can give great power, as well as gold, so the Russians want their hands on it, which is something Indy can’t allow.  Along with a young greaser named Mutt, who is tied up in all this through his mother and his mentor, who were both kidnapped, Indy attempts to solve a mystery involving little green men, ancient crystal cabezas, and God knows what else; it’s not easy being an infamous adventurer.

I’ll defend the over-dramatic qualities of the original trilogy; that’s how they were made, it’s pulpy, it’s fun, if you didn’t get it then you won’t get it now, so leave the franchise to those who enjoy it.  That said, I think most people appreciate the franchise, and sure it’s a little silly when you watch them back, but I still say they hold up, as long as you loved them when they were made to be loved, and understanding that #2 is fairly terrible, if still pure entertainment.  But the fourth is pointless, painful, and downright insulting, with a juvenile feel that clashes with the action-packed story, and with so many nonsensical moments I’d feel concerned for anyone who could watch and enjoy.  The plot is stupid, the graphics are abysmal, the acting is ludicrous, and not even a solid cast could fix any of the problems: Ford, LaBeouf, Blanchett, Ray Winstone, John Hurt, Jim Broadbent, Karen Allen.  Blanchett’s role was idiotic, Allen can’t act, the moment Shia started swinging through the trees with monkeys I lost all potential respect, and the ending is simply dumb.  They made this movie for money and it shows; it doesn’t have any reason to exist and doesn’t offer anything to audiences except poor taste.  Spielberg is making one more, and I say screw that; the guy hasn’t directed anything special since Saving Private Ryan and Catch Me If You Can anyway, so it might be time for him to retire, for us to ignore his projects, and for Indy to finally die in peace.