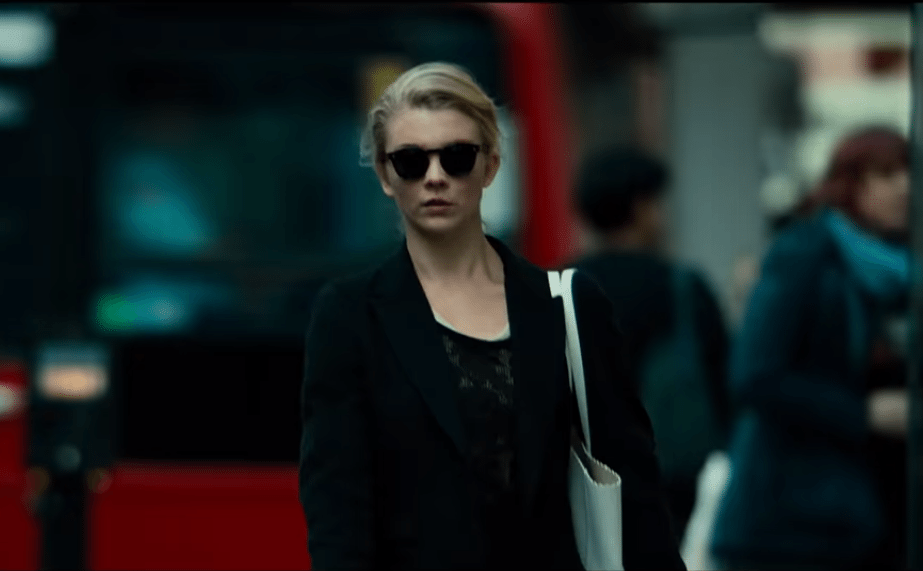 Now that she’s caught a bit of fame and made a bit of money, Natalie Dormer decided to co-produce and co-write a movie with her fiance Anthony Byrne, an Irish director mostly known for Peaky Blinders, but a guy who has dabbled in a lot of TV and cinema.  Dormer has dabbled herself over the years, with her roles in The Tutors, The Hunger Games, and Game of Thrones marking her career, which is off to a pretty great start.  She’s 36, looks much younger, has great presence, and is perhaps on her way up, but I’m not sure that writing herself into thrillers directed by her boyfriend is the path I would recommend.  It’s a genre fraught with peril, and there’s no easy way to reach the finish line without injuring your pride or making yourself look like an idiot.  Dormer succeeds in not embarrassing herself with this film, it’s not half bad, but it was probably, and unadvisedly, too near a miss.

Sofia is a professional piano player in London, a woman who lives on her own, doesn’t have family or a boyfriend, and who values routine in her day to day.  She’s also blind, which does not slow her down at all, which has aided her musical ear, but which perhaps keeps her at a distance from those who might become friends, or possibly more.  She talks to her coworkers some, to the busker at the coffee shop occasionally, and to the young Eastern European woman named Veronique who lives upstairs.  She often has arguments, Sofia hears them, and sometimes says strange things in the hallway when the two pass, but Sofia is shocked one evening when a noise comes from above and Veronique passes by the window on the way down.  Her death is ruled a suicide at first, but Sofia knows better; perhaps because she has picked up on a few secrets that others might have overlooked but also perhaps because she has secrets of her own.

In Darkness is a little like Red Sparrow, but with a blind protagonist, which isn’t as bad as it might sound, but also isn’t something you want to stake your reputation on.  Dormer had never written a movie before, Byrne did once 13 years ago, but it was obvious that neither have a special talent for it, or maybe they just got it completely wrong and were unaware, although that’s hard to imagine.  A blind woman, the death of a hot lady, Russians, Serbians, evil Brits, crooked spies, chases, captures, Wagner; it was a bit all over the place.  The story starts well, but then loses its ever-loving mind; I wish the happy couple had hired a ghostwriter to give them a hand, because it would have done a world of good.  The acting was nice, the mood was dark, the tension was thick, there are plenty of positives, but these semi-professionals couldn’t make it all come together correctly, and that’s not surprising, it’s just too bad.