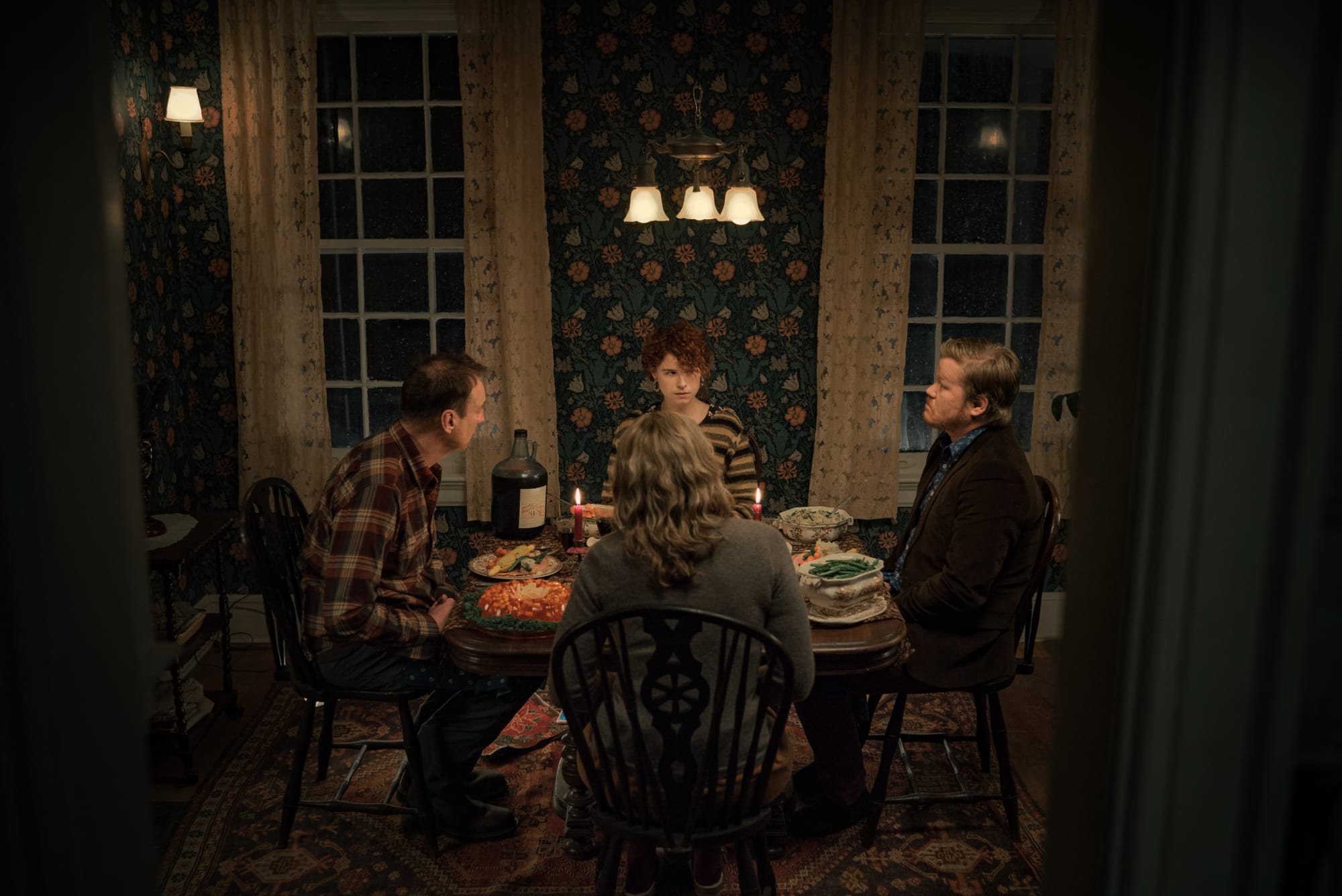 I would have said that Charlie Kaufman had directed more movies, but he’s only been at the helm for three: Synecdoche New York, Anomalisa, and I’m Thinking of Ending Things.  He’s written more, of course: Being John Malkovich, Adaptation, Confessions of a Dangerous Mind, and Eternal Sunshine.  Synecdoche might be my favorite of the bunch, but that’s because Philip Seymour Hoffman was a master, and Being John Malkovich would be next, but that’s because Spike Jonze is a genius.  I guess what I’m getting at is the idea that, although I’ve called him ‘brilliant’ many times, Kaufman may not be brilliant in *every* way, maybe only in specific ways, which hardly qualifies as an insult.  Ending Things just happens to be Kaufman-patented absurdity given to us from an angle that I simply didn’t like, and perhaps from which he simply isn’t supremely talented.

About six or seven weeks into a relationship, a young woman agrees to meet her boyfriend Jake’s parents at their home, a farm quite a drive from the city.  But she is full of anxiety about both the visit and about being his girlfriend.  He’s nice, he’s smart, he’s curious about her, and she likes him just fine, but she doesn’t see a future together, and is pretty sure that the end is coming.  At the farm, things get more muddled; Jake’s parents are very odd, Jake calls her by different names, she’s unsure of what it real and what isn’t, as the dinner turns into some bizarre theatrical production, far more than a standard American meal.  Driving home after, connections with reality start breaking free from their ports, and all will come into question, from mundane pit stops to the very meaning of life.

I guess what I want to put across is not that I dislike Kaufman; not at all, in fact I’ve been fascinated by a number of his films, whether he wrote them or directed them.  But perhaps I dislike his mind set to this task, like he didn’t match up well with his own idea, and I wish his brain had told him to hire a different director.  As it is, we’re “stuck” with him, and he begins things so well, but just can’t finish then.  Halfway through I was hooked; the nameless woman’s conversations with Jake, and later their interaction with his parents, were so bizarre, so fun, so entertaining, but also dark & dangerous, that I was sucked into this world that made no sense and in which there wouldn’t be any real answers.  It was almost like Synecdoche meets Hereditary meets Mother!, but less scary then those last two, just a wild, uncomfortable, meaningless blur of atmosphere and melancholy that I thoroughly enjoyed.  But that was only the first half; after the dinner, on the couple’s way home, we somehow lost touch with any semblance of reality, and Kaufman lost track of what it was he was trying to say.  The last hour was boring, bonkers-in-a-bad-way, scattered, overly-manipulated, and couldn’t hold my attention or interest; it was as if he had a wonderful idea for a short film, had skill enough to direct that, but pushed the project and himself too hard, until the entire thing blew up in his face.  Ending Things will stick with me as a film that taunted me with possibilities, only to disappoint me with results, a movie that had an intelligent mind behind it but lacked an editor who could keep it here on the ground where we could force it to make some sort of sense.