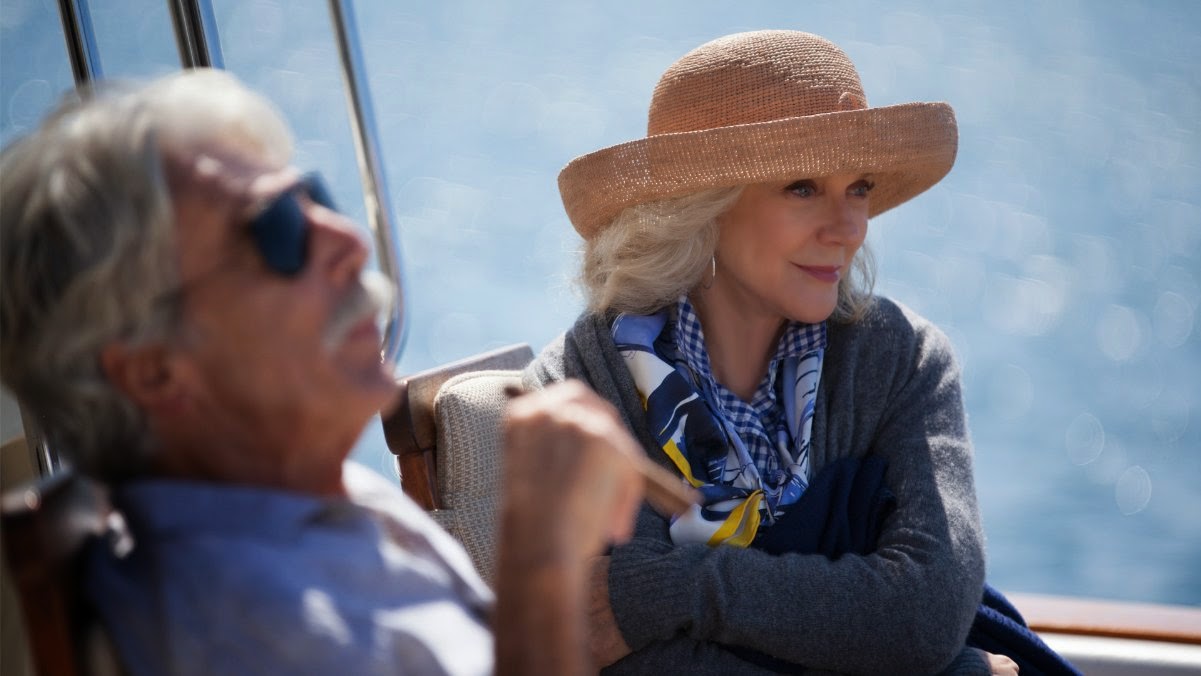 For an amateur director, Brett Haley sure sidestepped the typical and brought us something new, which must have been incredibly difficult.  After all, as a director of mostly short films, Haley isn’t used to working with a talented cast like this, isn’t used to giving orders to stars, and could have let his actors run away with the film.  And with a romantic drama like this one, the direction they most likely would have taken the project would be to a place we’ve been a hundred times before.  Older lady, quiet life, young friend, hunky suitor, a happy ending; audiences have seen enough of that story, and it must have taken a completely focused mind to produce something this original out of a recipe that sounds anything but.  Haley and his cast came together to make I’ll See You in My Dreams something special, something more than just the usual sappy reminder of our ultimately unalterable fate.

Carol is a woman alone, lonely in a multitude of ways.  Her husband died some years back, leaving her enough money to live out her days comfortably, but with no one to share her life with.  Carol’s daughter Kat lives out of town and only visits occasionally, her dog isn’t getting any younger, and her friends only get together for the ritual card & golf games.  Carol’s life, it can be said, is slowly ending, with no excitement and no real point.  But a  few occurrences shake this quiet existence up a bit and show her that it’s never too late to try something new.  Lloyd, a friendly pool boy, becomes an unlikely friend, even reawakening Carol’s love for music.  Bill, a handsome man at the country club, awakens something completely different, forcing Carol to view herself in a way she hasn’t in years.  And although these events aren’t earth-shattering, they are enough to renew an interest in living, past simply waking up and proceeding with a routine that hasn’t changed in twenty years.

Haley does a tremendous job in keeping this film from sliding off into the sappy abyss of retiree romance.  If you want that, go watch Something’s Gotta Give.  You’ll laugh, maybe you’ll relate, but you won’t get a taste of reality, and that’s what I’ll See You in My Dreams delivers.  There is a sad believability about this film that is very refreshing, especially given the genre.  It could be a true story about so many older women, painting a portrait of what it really means to grow old alone.  Blythe Danner is perfect as Carol, playing her with mellow confidence, partial wisdom, and ultimately grace, allowing us to like the character and root for her to find happiness again.  And Martin Starr steals the show as Lloyd, showing audiences something that we’ve never seen for him before.  Add in Sam Elliott as the dreamy Bill & a trio of ladies for comedic relief (Rhea Perlman, June Squibb, Mary Kay Place) and you’ve got a surprisingly poignant hit on your hands, a movie that both entertains & conveys a message, something that will make you both cry & hope.