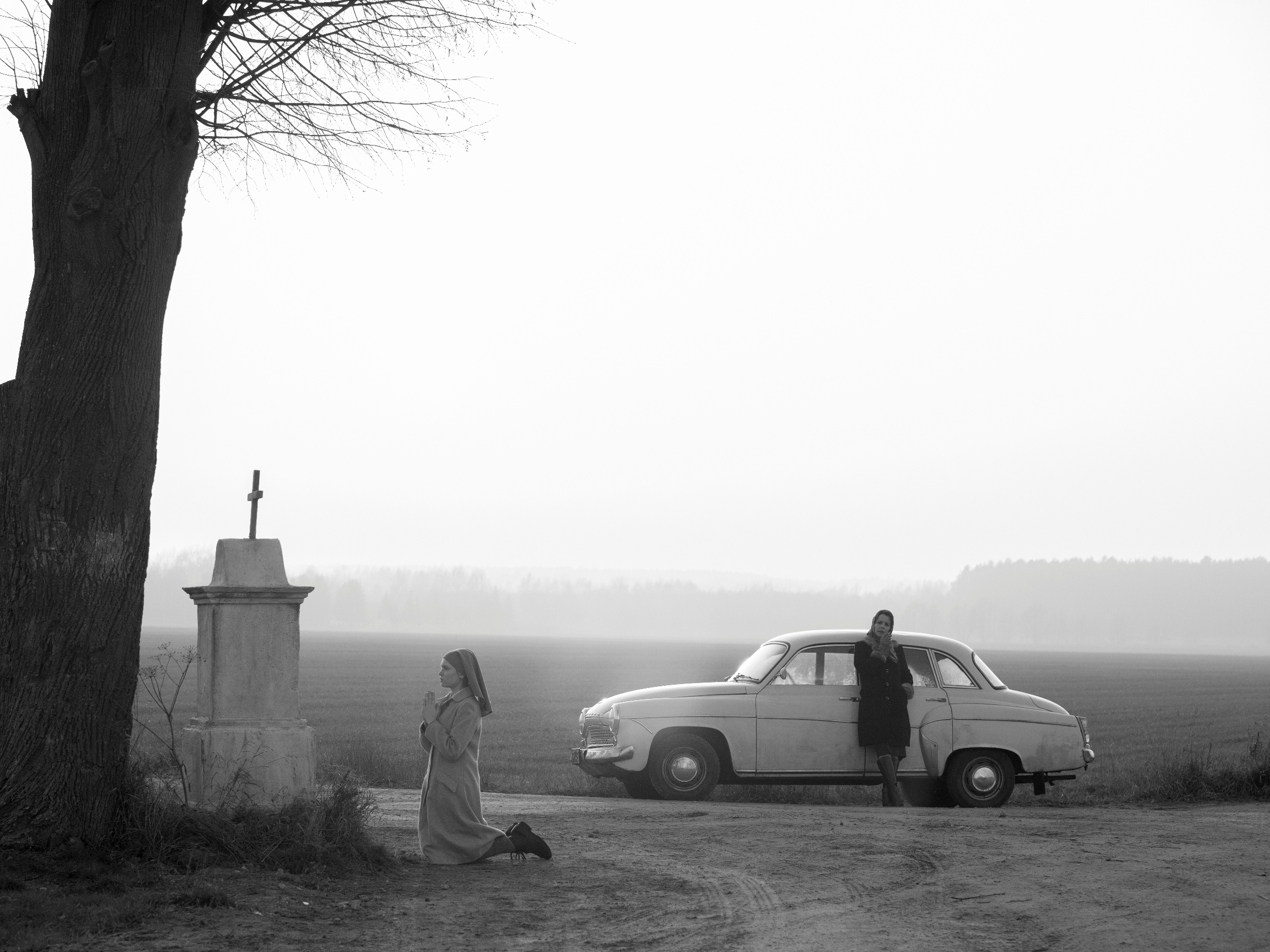 Ida has been nominated this year for a Best Foreign Language Film Academy Award.  Not bad for a little Polish film directed by a man who, until recently, worked solely in documentaries and movies no one has heard of.  It’s a big stage for such a little picture, a movie shot in black & white, a story about a young girl, a film in which there is little action, excitement, or pizzazz.  It may end up having been beaten out for the prize by a more vocal film, something with a bit more punch.  And I certainly wouldn’t have chosen it to be in this company; the best foreign film that I saw this past year was Force Majeure, which actually wasn’t even nominated.  But Ida is here to stay, and although it may not be incredibly affecting, it’s a story worth seeing.

Anna is a novice at a Polish convent in 1962.  She was left at the convent as a baby, raised by the nuns, has never known any other life, and is about to take her permanent vows.  But before she does, the Mother Superior has strange orders that Anna must carry out.  An aunt has been spoken to, Anna’s only living relative, and the Mother wants the young girl to meet a member of her family, learn about her past, and confront whatever truth has been hidden all these years, before Anna speaks her eternal vows.  And so Anna learns that her real name is Ida, that she’s a Jew, and that she was taken from her parents as an infant.  But the entire truth is almost too painful to face, and the aunt that she had never met may become the only person who understands.

This story is very sad, very cold, and well-suited to a subtle, black & white film in which the action matters less than the emotion.  We learn about Ida, her family, her aunt, the past, the horrors of WWII, and those who would do anything to survive.  It’s heavy subject matter never laid on too thick, a film that could have become a melodrama but held itself back.  For that I give it credit, but I still would have liked a touch more.  Perhaps Trzebuchowska was a bit too quite or reserved, maybe a little one-note or under-seasoned.  This was her debut role after all, and it paled in comparison to Kulesza, the aunt, who I thought was incredible.  Overall, the story was a solid base, the direction was deftly done, and the acting was quite good.  But I was left wanting more and wishing for a little extra to sink my teeth into.  Perhaps that’s just me being a jittery American, or perhaps Ida missed the mark by a hair.