Movie Review – I Care a Lot 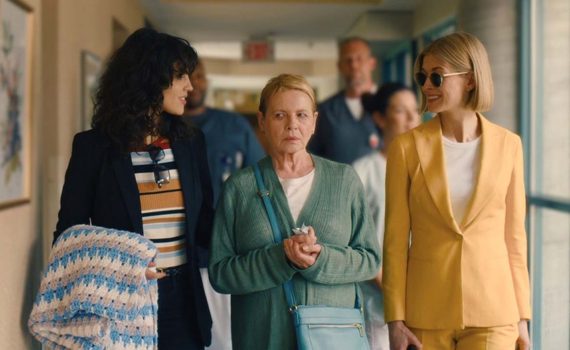 Movie Review – I Care a Lot

Maybe we should rethink the idea of letting anyone with a camcorder direct a movie, letting any studio with a bit of cash stream it, letting audience consume cheap content at a cheap rate just because they can and it’s there.  I hate to be elitist, I don’t consider myself that at all, and I don’t think only Scorsese should be allowed to direct pictures.  But I do think quality can suffer by ramming through features on streaming services that aren’t well-directed, well-written, or well-planned.  We’re in a weird time in cinema right now, a time of easy releases, and I Care a Lot is a good example of how bad that can be.

Marla Grayson is a guardian for the elderly; that is, when an elderly person can no longer make their own decisions, the court might appoint a liaison to help them transition to a care facility, and help manage the responsibilities they leave behind.  In this way, Marla was in control of the estates of dozens of strangers, and she paid herself a fee from the sale of their personal items, including their homes and savings.  Taking it one step further, Marla had a doctor write off on the fiction that a wealthy woman named Jennifer Peterson had dementia, which allowed Marla to take her money and treat her like an invalid.  Only, Peterson wasn’t just a random little old lady, she was the mother of an extremely dangerous man, a villain who wouldn’t like what was being done to his mom.

I don’t have chips in the game, I don’t care if Netflix and Prime and Hulu want to deliver a hundred new movies a week; I’ll watch, it’s fun, sometimes there’s a gem.  But also, much of the time, there’s a load of crap, and that’s simply a byproduct of not caring about quality as much as quantity.  It’s the way things are, directors can get things through right now, and while that might mean more opportunity for people who didn’t have it (which is good) it can also mean more awful attempts at random movies (which is sucky).  I Care a Lot is a cool idea from a questionable director that doesn’t seem thought out to the end; it starts interestingly enough, but no one planned it out, or if they did they didn’t know that we’d hate their god-awful plan.  It’s maybe a crime/comedy, but peopled by terrible characters who you’ll hate to watch, until there’s really no advantage for having a rooting interest in anyone.  It’s like they forgot that we needed a reason to stay tuned, like they thought streaming it was simply enough, that we would complete blank out and somehow enjoy watching evil people try to kill each other for two hours.  Not my idea of fun, and while the actors were fine, their roles weren’t, and the film quickly devolved into a worthless experience, devoid of any redeeming characteristics.