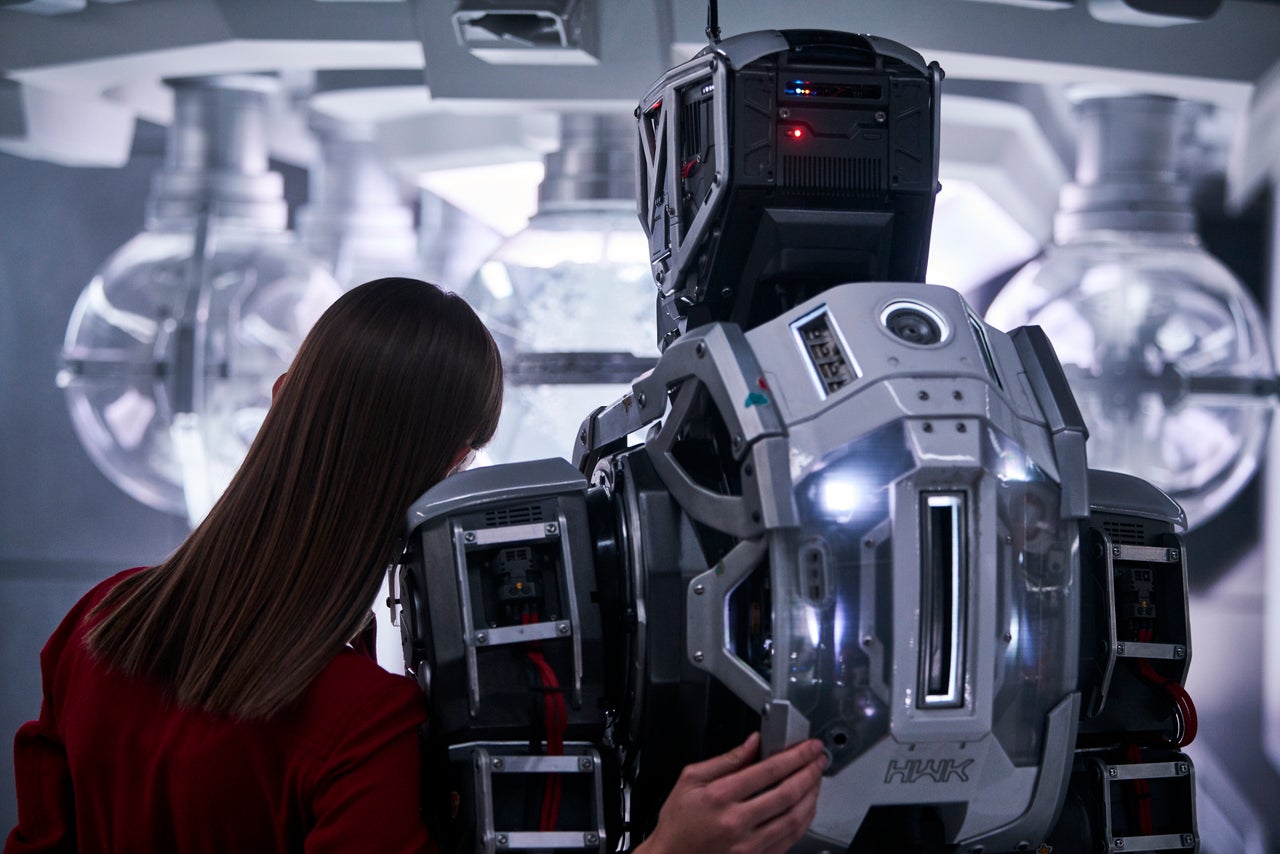 For a debut feature for a writer/director and a Netflix original sci-fi flick, I Am Mother is a stunning success.  I’ll even go one step further; it approaches Ex Machina in quality and craft, if not quite reaching that spectacular height.  But it doesn’t miss by much, maybe a key actor or two, where Ex Machina had three future legends working together at the very top of their game.  I Am Mother doesn’t have that exact talent level supporting its story, but the plot mostly speaks for itself, as do the awesome situations and predicaments its characters find themselves in.  Had the cast been more impacting, this film could have been one of the very best of the year, sci-fi or otherwise, streaming or not.  As it is, it doesn’t come up too short.

After a global catastrophic event, mankind has been effectively eliminated from the planet, and an underground bunker’s technology automatically kicks into action.  A robot called Mother is activated and begins bringing to life human embryos from a vast storage container holding the key to the repopulation of Earth.  A girl is born, called Daughter, and she grows up knowing nothing but life in the bunker, with a robot as her only companion.  But one day a noise outside brings the truth about the world crashing down; she’s not alone, there are survivors outside, and Mother might not be the wonderful maternal nurturer that she appears to be.

This story went exactly how I was hoping, and that doesn’t always happen.  When I was thinking “man I hope we find out more about the world outside” we did.  When I was thinking “wow I don’t want it to end this way” it didn’t.  And while movies don’t have to bend to my whims, I felt like Sputore had put himself in the shoes of the audience, had perhaps avoided a common pitfall when writing and creating this tale, which is making the film for himself alone, not considering that art doesn’t become anything other than static until it’s viewed by someone else.  He made something special with I Am Mother, and I’ll be thinking about this dystopic thriller the rest of the year.  I do wish the acting had been a little more powerful; Rugaard is a newcomer, Byrne was just a voice, Swank isn’t my favorite.  But they definitely didn’t detract, and I was on the edge of my seat from the opening scene to the last, fed enough detail to stay interested but also allowed to piece together the background at my own pace.  Netflix won with this bet, and I hope to see more from Sputore, because I think he has plenty to say.