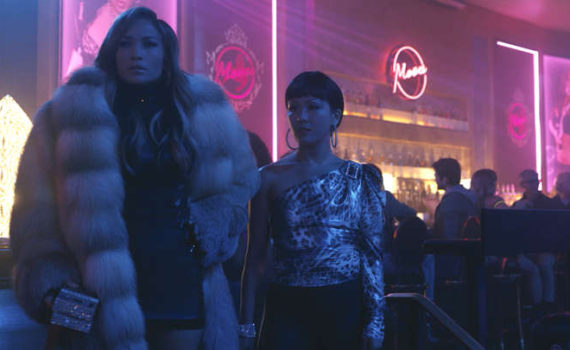 Eventually people will understand that Constance Wu (Crazy Rich Asians) isn’t a good actor; right now they’re too excited about her being a champion of representation in the industry to see that.  Also, after over a decade of writing, producing, and directing, we might need to admit that Lorena Scafaria isn’t a good director either; she’s never helped create anything more than ‘fine’.  Just because we want women and POC to succeed doesn’t mean that we have to stop being honest with our own taste levels; there needs to be a middle ground where we can say, “wow, I’m so glad BLANK is getting a chance to work in film, I’m so happy to see BLANK finally get their shot, but as a critic I must also mention that this product isn’t high-quality.  I hope it can be, let’s keep watching and cheering, but we’re a ways off.  Good luck in the future.  One star.”

Turns out, being a stripper isn’t all that glamorous or lucrative, unless you’re willing to go that extra mile, and no I don’t mean favors in the VIP room.  Destiny (not her real name) is living in NYC and trying to make some money as a dancer to support herself and her grandmother, but it’s harder than it looks.  You gotta compete with the other girls, you gotta know how to push the buttons of the guys, and you gotta basically sell yourself, which feels inhuman, but is a necessary evil of the trade.  What’s worse, when the money runs out, you gotta be willing to step across the legal line that separates dance from hustle, and there’s no going back.  Destiny teams up with Ramona to take from Wall Street what Wall Street has taken from their dignity, and damn does it feel good to get over on asshole clients for a change, instead of the other way around.

Constance Wu is no good, Lorena Scafaria is no good, and Julia Stiles is definitely no good; what the hell are/were people thinking?  Hustlers is The Big Short (Adam McKay connection) but told from the view point of strippers, and without any of the talented actors who can make an unusual story work.  Wu couldn’t handle the burden herself, she’s terrible, and I don’t understand how more people don’t see this.  What I did see was JLo save the day, slap some sense into audiences, and say you’re welcome; she was dominant in this film.  Still, she’s not an actress either, she’s a performer, so nothing really ever worked like it was supposed to, because it never honestly had the chance to.  The interviews were AWFUL, the characters were dumb, the crimes were strange, it was a true story so there’s that, but otherwise I couldn’t possibly care less and couldn’t possibly watch any more.  The only reason I held on by my fingertips to the end was because Lopez is compelling, engaging, and hot; I’m not really sure why else anyone would watch.