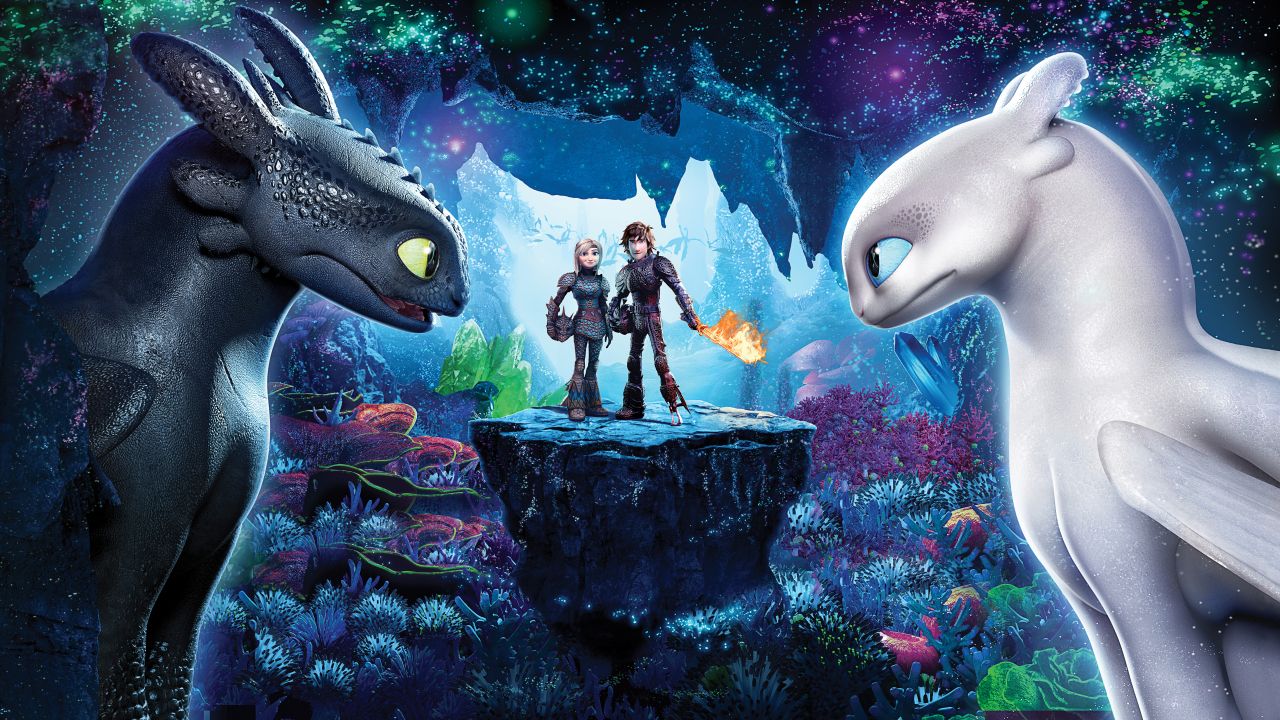 I don’t know what’s going on with me right now, but I suddenly can’t make it through an animated movie about friendship with welling up a little.  Apparently I needed a reminder that it’s OK to let friends go, to force your own insecurities to give up their hold on your relationships, to believe that love binds even across distances.  Seems about time for a gushy quote like “If you love them, let them go”, and I guess that’s basically what I’m saying, but I’m going to hold myself back from complete cheeseball at least.  But I will say this; that the message is one that adults could stand to hear, and one that kids should be reminded of early.  Ralph Breaks the Internet broke my heart with that moral, and HTTYD3 does is all over again, with a story about friendship and growing up that it at once extremely entertaining and vitally important.

So, to recap, Hiccup has found his dragon, he has convinced his village to except them as a species, he has battled against those with narrow mindsets, he has defeated evil dragon trappers, and now he & Toothless rule the human/wyvern world together, beating bad guys where they pop up and freeing enslaved creatures from a life of bondage.  Things are going swimmingly; Hiccup even has his mother back and the brave Astrid at his side.  But when Toothless finds love of his own, Hiccup might not be ready to let his friend follow his own heart.  On top of that, this beautiful new dragon is part of an elaborate trap, set by the dreaded Grimmel, a hunter of all dragons, but especially of Night Furies.  His mission is to kill them all, and he’ll use the love between Hiccup and Toothless to lead him down this deadly path.  Our heroes will have to think fast, and work through their personal problems, if they want to remain alive and free.

The How to Train Your Dragon franchise is a legitimate and monumental success; I’d even go so far as to say that it’s been crafted so well that it will stand tall through the years as a pillar of the genre, and of an example of what to definitely do.  Its success is due to so much, but what stands out to me is the relationship between Hiccup and Toothless, the wonderful animation, the originality of story (I know it’s based on a book series, so perhaps that credit should go to Cressida Cowell), and the lovely musical score of all the films.  Simply put, it’s a series that works, that’s enjoyable, and hats off to all involved for getting something right, continuing to get it right, and then perhaps stopping at just the right time, not expanding further and further and further, just to make more money, while the quality of the work diminishes.  I think that’s what the various TV shows are for, letting kids enjoy the movies in another form without lessening the magnificent substance of the films just as they are.

The third installment is no step back, not at all, in fact I liked it slightly more than HTTYD2 and probably just as much as HTTYD1.  The plot flows smoothly forward from the other films, even though it’s been nine years since the original was released.  There are enough references, enough ties, and enough reminders that we feel like the entire team is invested in this world, not just producing another flick because they can and because we’ll buy it.  The friendship storyline is so lovely, so meaningful, and I felt it strongly, as did my kids, this is definitely something for all ages; we just looked at each other after with huge smiles on our faces and started yelling things like “10 out of 10!”, “Oh wow!”, and “Sooooo good!”  I know watching with your children can open you up a bit to enjoy a movie a little more than you otherwise would have, but I don’t think that’s completely a bad thing; I think, with animated movies especially, being reminded of your own child-like love of the cinema is part of the point.  The cast was great, the dragons were awesome, the music was phenomenal, and I got chills more than once; I just hope we remember this months from now when the memory has cooled, because I don’t see how it won’t still be one of the very best films of the entire year.