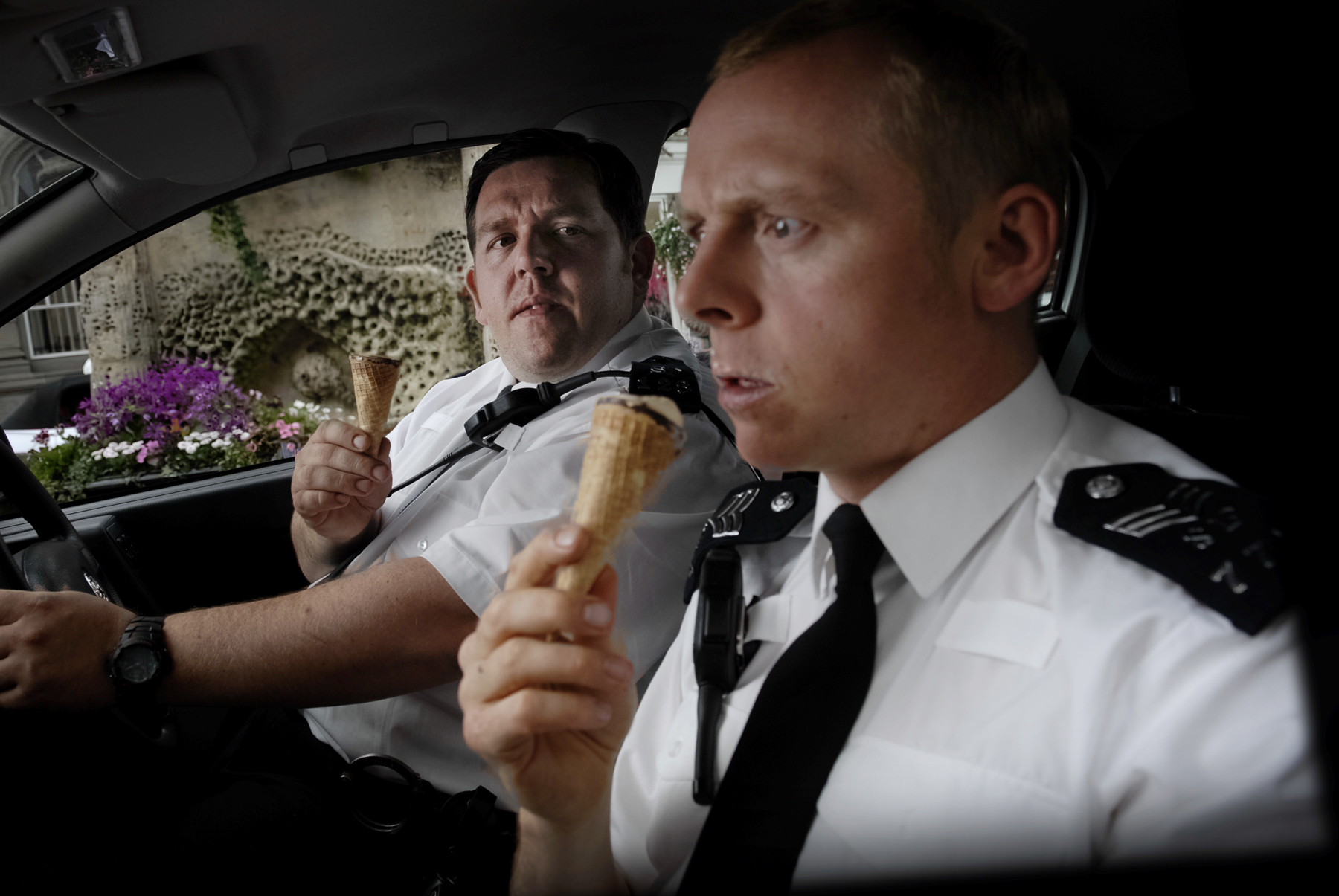 It’s been almost 11 years since Hot Fuzz, Simon Pegg’s & Edgar Wright’s 2nd foray into the wacky, comedic, destructive world they created with Shaun of the Dead in 2004, and later added to with The World’s End in 2013.  Pegg became a certifiable star, with the M:I movies and the Star Trek franchise, while Wright recently wowed some audiences with Baby Driver.  Point is, they’ve had their fun in the past and have proven to be true talents in the present.  Hot Fuzz is a bit of a spoof and a jumping of the shark, but done just cleverly enough to make us forgive the insanity.  It’s British to the core and hilarious throughout, as entertaining a cinematic experience as you are likely to have.

Sergeant Nicholas Angel is an exemplary police officer, one of London’s finest, but he’s making the rest of his squad look bad.  He’s professional to a fault, takes his missions more seriously than his relationships, and has just been reassigned to the country where he’ll be a very big fish in a very small pond.  His new fellow officers are absolutely terrible, not taking anything seriously, never following protocol, and making a joke out of Angel’s love for upholding the law.  His only friend in this new home is the police chief’s son Danny, a tried and true companion, but an extremely bad policeman.  Nick & Danny will be tasked with unraveling a series of mysterious murders in a town that has almost zero crime, a statistic that is as suspicious as the seemingly perfect townsfolk themselves.

Pegg & Wright are a great pair of screenwriters, Pegg starring, Wright directing, both adding personal touches until the comedy is just right.  It’s sometimes over-the-top, often juvenile, but for some reason I never mind; maybe I’m forgiving of the British because their accents are so cool.  But seriously, the comedy works when it shouldn’t and really works in moments that are laugh-out-loud uproarious.  The action is also well-placed and well-paced, except perhaps at the very end, when it takes one too many liberties.  And then there’s the cast: Pegg, Frost, Martin Freeman, Bill Nighy, Steve Coogan, Timothy Dalton, Jim Broadbent, Paddy Considine, Rafe Spall, Olivia Colman, Karl Johnson.  Pretty impressive, and there are also some surprise appearances and voice-overs to boot, sprinkles on the tasty cake that is this ultra-enjoyable movie, one that I would be happy to re-watch a hundred times.