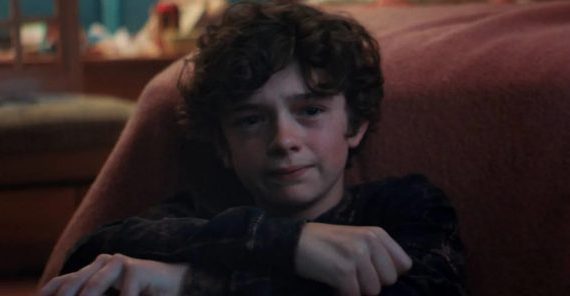 I’m sure my kids are getting tired of the story of Shia LaBeouf watching all his movies in chronological order in a theatre he rented out for the purpose, but I think that event was important somehow, not just to Shia but to me, if I could just figure out why.  He took over a cinema, opened it up to whoever wanted to come in, sat up front, ordered some pizza, and watched his life unfold on screen, remembering his own origin story through sets, casts, and dates, which can’t be the way you want to view your childhood.  But it turned into some sort of catharsis, and we were along for the ride, which meant something to me, and I’ve been endeared to the guy ever since (not to mention how amazing he was on Even Stevens and how I’ve loved him since I first saw him all the way up until now; again, almost inexplicably).  It’s like I want him as my best friend and I also want to leave him alone to find himself; Shia, dude, I’m rooting for you.  And independently, I thought Honey Boy was fanFLIPPINtastic.

Otis is an actor who has never come to grips with his troubled past, which has led to danger concerning his bright future.  He’s talented, there’s no question, he can pull from darkness way deep down, that’s great for the camera, but it’s not so wonderful for his personal life, and one more drunken incident leads to a stint in rehab, where the do-gooder therapists want him to hug himself and scream in the woods; Otis is calling bullshit.  But in the process, he begins to access his childhood, and the events that may have led to his current situation.  His father was a performer, a clown, a comedian, but also an addict, and tried to be his manager instead of his parent, taking his money, verbally abusing him, and failing to be the dad Otis needed.  Seen from two different times, the stories of a rising child star and a crashing young adult merge into one moving tale that is at times too honest to take, and always painfully personal.

Shia wrote this film and it’s his story, which you can feel in every scene.  How emotional must it have been to play your own father, especially this father, and to see these memories created for others to judge.  He wrote it when he was in rehab, which the older Otis character does as well, and this is his first attempt to create a screenplay for a feature film; well done.  This was a feature debut for Har’el too, but you never would have known it; Honey Boy comes across as a polished painting, a work of rare emphatic genius.  It’s raw, it’s real, it’s honest, it’s hard to watch, but it’s also funny, loving, something many of us can relate to, and never feels forced.  The editing is great, everything is trimmed perfectly, the music is stellar, smoothing every moment out, and the acting is just so awesome, from all three male leads.  This is a film that flew under my radar, but I wish that hadn’t happened so that I could have championed it to my critics group.  It’s a bit Florida Project meets Entertainment meets Mid90s, which is odd and maybe a little “borrow-y”, but it’s OK to borrow if you’re going to give back, and what Honey Boy gave to me I won’t soon forget.