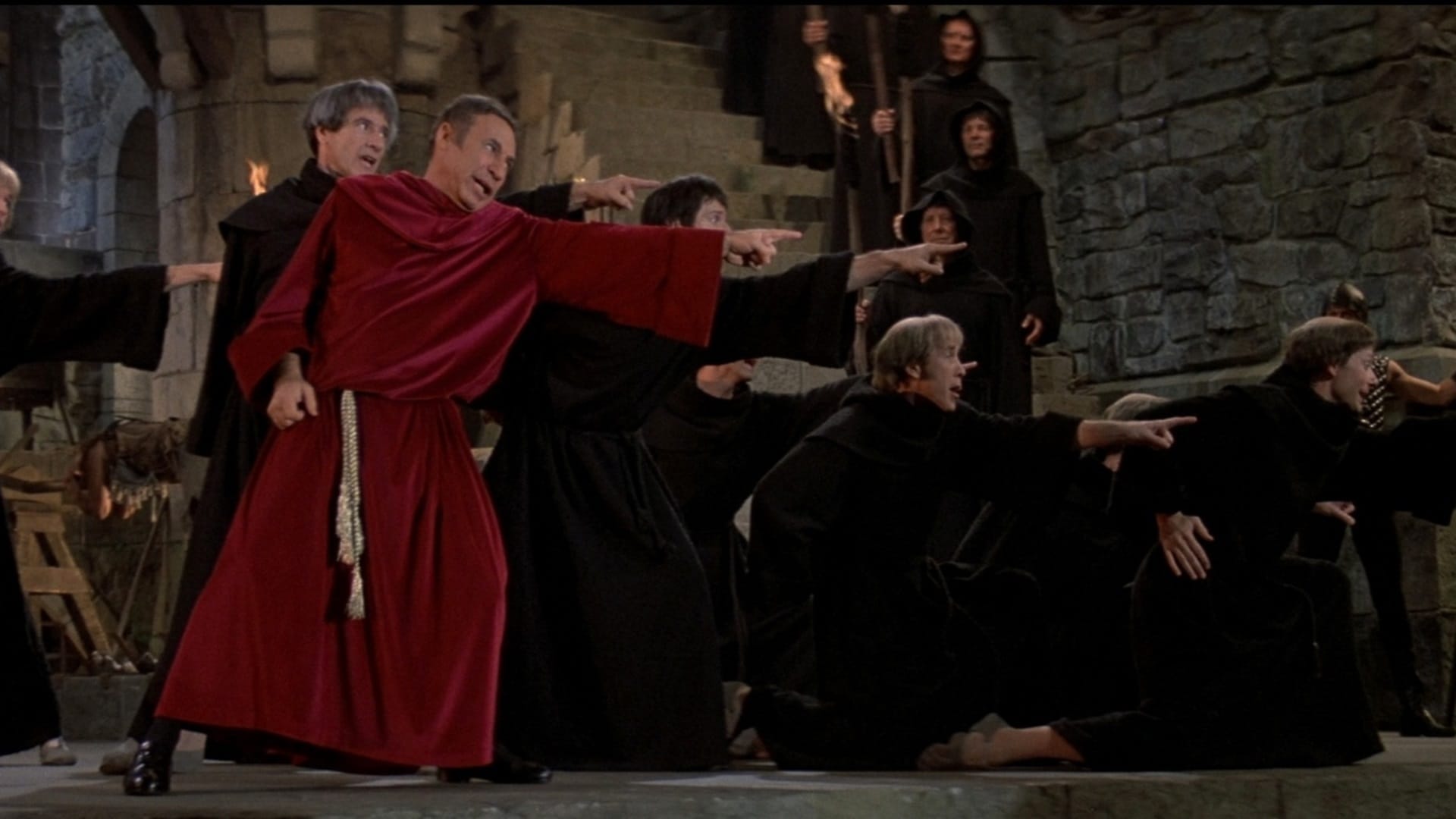 We’ve been waiting a long time for Part II, Mel; maybe after the quarantine you can get on it.  I mean, Jews In Space?  Hitler On Ice?  What’s not to be excited about, even after 40 years?  I kid, and it’s just another gag, but still, that would be fun, and maybe when I get to be a famous filmmaker I’ll make the sequel in honor of Brooks, who has had such an interesting career.  He really didn’t direct too many movies, 11 to be exact, and they definitely aren’t all home runs, especially his later films.  But his early work is spot on, as is History of the World, a middle work and my personal favorite of his collection.  It’s bright, it’s funny, it’s memorable, and it’s 100% Mel, a real success in the land of classic comedies.

Mel Brooks takes us on a journey through time, from early caveman to the potential of galactic Stars of David.  We see everything from the invention of art to the Spanish Inquisition from his unique perspective, and by unique I mean ridiculous.  In Ancient Rome, we meet Comicus, the stand-up philosopher.  He’s got a gig at Caesar’s Palace coming up and really can’t blow it, because when you die at the Palace you really die at the Palace.  Later, during the French Revolution, Jacques the poor bucket boy finds himself in a Prince and Pauper situation, and so also finds himself in hot water when the peasant’s revolt.  History is a tricky, tricky river to ply, but Mel Brooks knows how to help us find the funny side of even the darkest days.

For my money, this is the best it gets from the catalog.  Spaceballs is classic, Men in Tights is fun, Producers is good, Young Frankenstein is great, but I think History of the World is my favorite, a nice, well-rounded feature that has just a little more to say.  It’s stupid, obviously, but with context, just a little touch of real life that makes it somehow believable, maybe because history is already stranger than fiction; we can almost imagine Mel’s escapes, they can’t be that much weirder than what really happened.  Brooks is great, the Rome scenes are the best, with Hines, Kahn, and Dom DeLuise stealing the spotlight.  The France scenes are fun too, and there are a few timeline tidbits thrown in for good measure, like the Inquisition, the Stone Age, Moses.  It all comes together nicely, it’s good to see Brooks lead, there’s a bit of raunchy sex appeal thrown in for good measure, and it’s just an entertaining romp from start to finish; let’s end on a high note ….”AAAAAAAAA!!!”