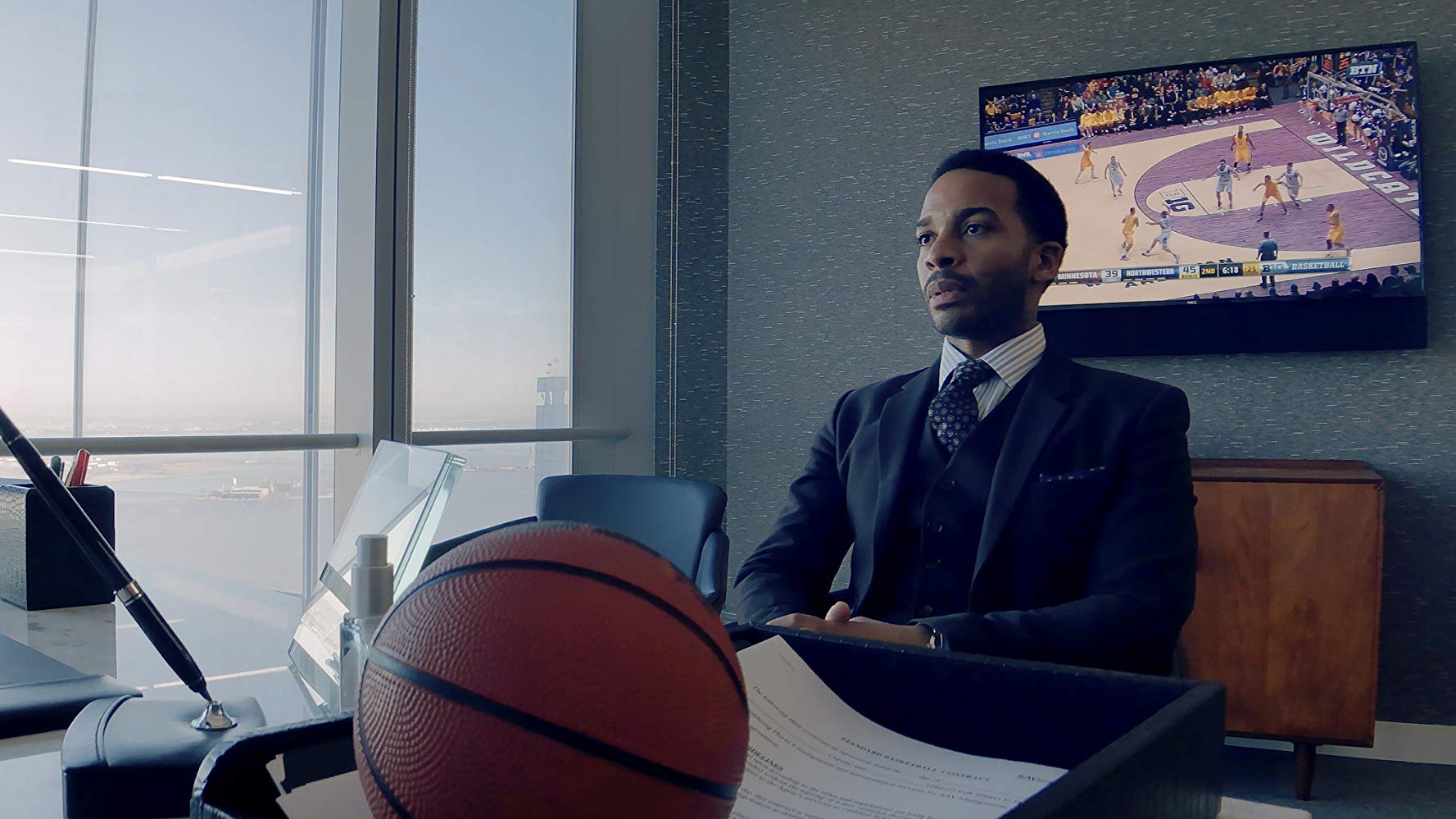 Steven Soderbergh’s Netflix streamer seemed to be online before any of us even knew it existed, and there was a scramble to watch & enjoy it before the shine wore off.  The release of Cloverfield Paradox was similar in some ways, surprising us with a film before we could really decide if we wanted to watch it or not, catching us looking and daring us to turn away.  Cloverfield Paradox was a complete disaster and a dirty trick, but High Flying Bird, although looking very different on the surface, is equally bad and an equally large disappointment.  I have to believe that some of the positive hype about the movie comes from the way in which it was so quickly & easily consumed, because this many critics can’t be this blind.

Ray Burke is a New York sports agent whose newest hot client is an NBA rookie who’s ready to light the league on fire.  Problem is, the league isn’t playing, as a lockout goes into place when the owners and the players association can’t come to an agreement over money.  Most of the veteran players can take a vacation with their millions, but the young guys and the bench warmers need that cash, and so do guys like Burke, who depend on their client’s paychecks to make their own ends meet.  Ray’s rookie, Erick Scott, hasn’t even cashed in his first contract, so the pair of them are desperate for the league to start playing again, or for a revolutionary idea to take hold, a concept that might shake the owners out of their penthouses for good.

Soderbergh shoots another movie with an iPhone, which is cool, but not enough to make a great film.  One trick does not a circus make; I need much more.  Like good acting, that’s the first thing I need, and no one here except Andre Holland (who was incredible in Moonlight) does the job.  Beetz, Gregg, Sonja Sohn, Kyle McLachlan, Zachary Quinto; none of them phone in more than a passable performance, and sometimes it’s much, much worse.  And then there’s the delivery style, which is fast, wordy, supposedly witty, but just because you wrote zingers and are pretending that your characters are firing them off the cuff doesn’t mean we’ll believe you, them, or in your story.  I hated the method, the plot was extremely sleepy, there was almost no music, and everything dragged so hard that by the end it was tortuous.  The message, the guts, the nonconformity, that I liked, and saved High Flying Bird from being a complete waste of time.