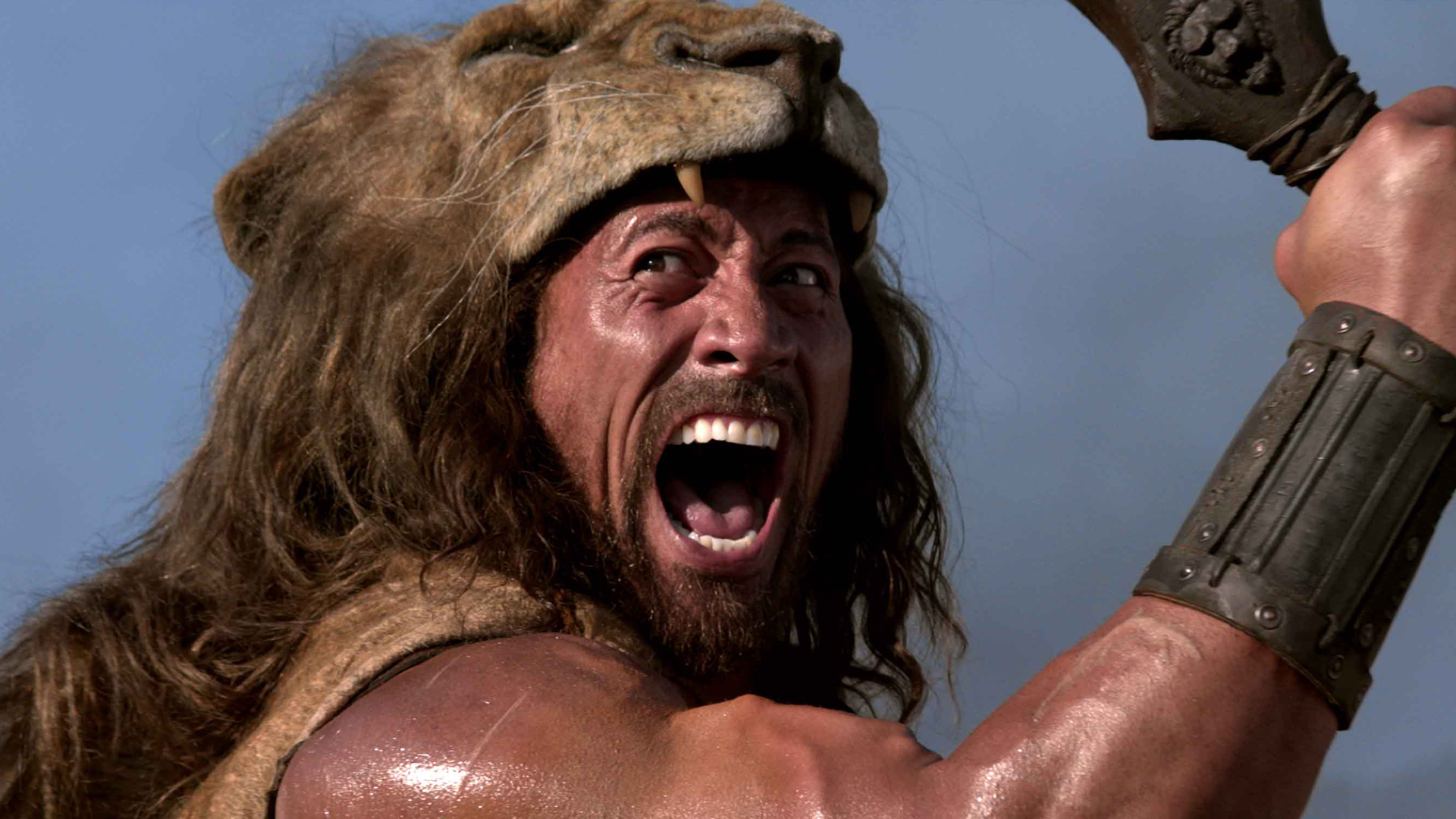 This might be an odd way to start off what will ultimately be an extremely negative review, but there are performances in Hercules that really impressed me.  Rufus Sewell commits to a character like he never has before, allowing us exclusive access behind those heavily lidded eyes of his.  Rebecca Ferguson, recently of M:I5 fame, plays the Greco heroine much better than you’re used to seeing.  And John Hurt reigns over his scenes with a talent that’s as strongly exhibited as it has ever been before.  But, unfortunately, you know who didn’t deliver?  The Rock.  Yes, Dwayne Johnson the wrestler turned actor and the unrelieved star of this film.  He and the story around him were so incredibly terrible that they drove any positive aspects of this movie before them like sad, vanquished warriors, claiming the field in hollow victory.

There are two Hercules’ in this film; the mythical & the mortal.  The mythical only exists in legends, in exaggerated tales of deeds that he may have accomplished, but that didn’t happen exactly as you’ve heard.  The mortal is the man we see before us, a skilled warrior and unquestionably strong, but not the son of a god.  Hercules is no more than a battle hero turned mercenary, a troubled soldier whose team will take on any mission, as long as the price is right.  And so when the lord of Thrace asks for Hercules’ help in ridding the land of a band of evil marauders, he is only too willing to lend a hand.  But not everything is as it seems, and the demons of his past will come back to haunt our hero Hercules, forcing him to confront the beasts that stalk his dreams and make decisions that will decide the fate of all Greece.

The Rock can’t act.  Well, not like this, anyway.  I actually enjoyed him in Pain & Gain, where he could let his natural charisma work to his benefit.  Here, as in San Andreas, he was called upon to display emotions, and that’s just not where his talents lay.  He can’t do it, can’t convince us, and so comes across as a very large dud, both figuratively & literally.  His performance ruined those of higher quality around him, bringing every scene down to his level, which is unfortunate, since he both seems like a nice guy and makes me want to root for him to succeed.  Well, he’s succeeded I guess, good for him, but he’s not a dramatic actor.  Not that this movie was a drama, it was pure action, but it still required some feeling to make it work, and wow did it not work.  It felt like a sequel whose original no one had seen.  It had pseudo-zombies for no reason and mechanized weaponry that didn’t make any sense.  The plot was ridiculous, the characters were stupid, every instant was incredibly unbelievable, and by the end I just wanted someone to tell me that I was the butt of a joke.  But no, no joke, someone thought this was a good movie, just like someone thought The Last Legion worked, although I can’t imagine who that would be.  I actually thought Hercules might be enjoyable, but boy was I wrong, and I’ll remember to stay away from fake histories starring Dwayne Johnson from now on.