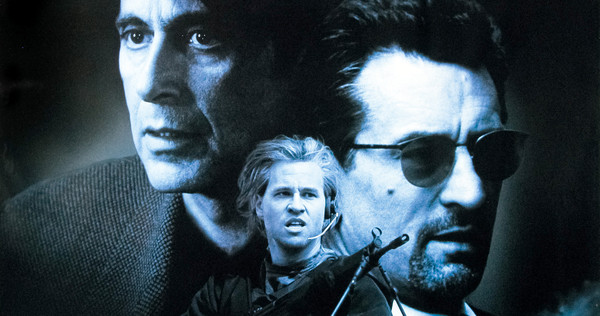 I’ve always respected Michael Mann because he directed The Last of the Mohicans, one of my all-time favorites, and I can still see his name on the screen when I picture watching the VHS one of a dozen times in the 90s, and a dozen more on DVD in the years that followed.  He’ll always have my thanks for bringing us something so special, and for casting Daniel Day-Lewis, who would obviously continue on his path to becoming perhaps the greatest actor we have ever seen.  But other than that amazing film, Mann’s other projects, and there aren’t really that many, have basically been disappointments.  This is his filmography: The Last of the Mohicans, Heat, The Insider, Ali, Collateral, Miami Vice, Public Enemies, Blackhat.  That’s it, that’s all, except for a few early, amateur movies, and that’s not much to be proud of.  A few are thought of as good, but I’m here to tell you that they aren’t, including Heat, a classic crime flick that has not held up over the years at all, becoming just another bad example.

Neil McCauley and his crew are professional thieves who are good at their job, although each man has spent his fair share of time behind bars.  That petty stuff is behind them though, now they aim for the big scores, and they pull in millions instead of chump change.  Their latest job was an armored car robbery, which took precision and planning, but that’s Neil’s strong suit.  His team has their own skills and they get the job done, but they also attract too much attention and make too many enemies along the way.  Now other criminals are on their tail, and the cops have some clues that will might eventually lead them to taking down the gang before they can make their getaway.  Vincent Hanna gets the case when a couple security guards wind up dead, and he makes a living out of chaining up the big dogs, so Neil better beware.  The two will face off in an epic showdown of strength and wits, as the line between good & evil blurs and every man must fight for his own survival.

If it wasn’t for the cast, and the 90s time period that allowed such overacting and poorly written scripts, I think Heat would have already been forgotten.  But the cast really is crazy, it’s name power can’t be denied: Pacino, De Niro, Kilmer, Jon Voight, Tom Sizemore, Amy Brenneman, Ashley Judd, Mykelti Williamson, Wes Studi, Dennis Haysbert, William Fichtner, Natalie Portman, Hank Azaria, Danny Trejo, Henry Rollins, Tone Loc, Jeremy Piven.  Who isn’t in this movie, yeesh, and they all do fine, but the script and the time period definitely weren’t in their favor.  The 90s was silly, it was a dramatic time, people were obsessed with death and sex and meaning, so the film reflects that, it just doesn’t translate well now.  The dialogue is awful, the heists aren’t that exciting, Val Kilmer’s hair is a distraction, and I simply don’t understand why this is a classic, other than that it must have made an impression in 1995 when it was released.  It wasn’t nominated for any Oscars, has become a cult hit since, but I simply think it’s another example of Mann’s poor style and lack of imagination.