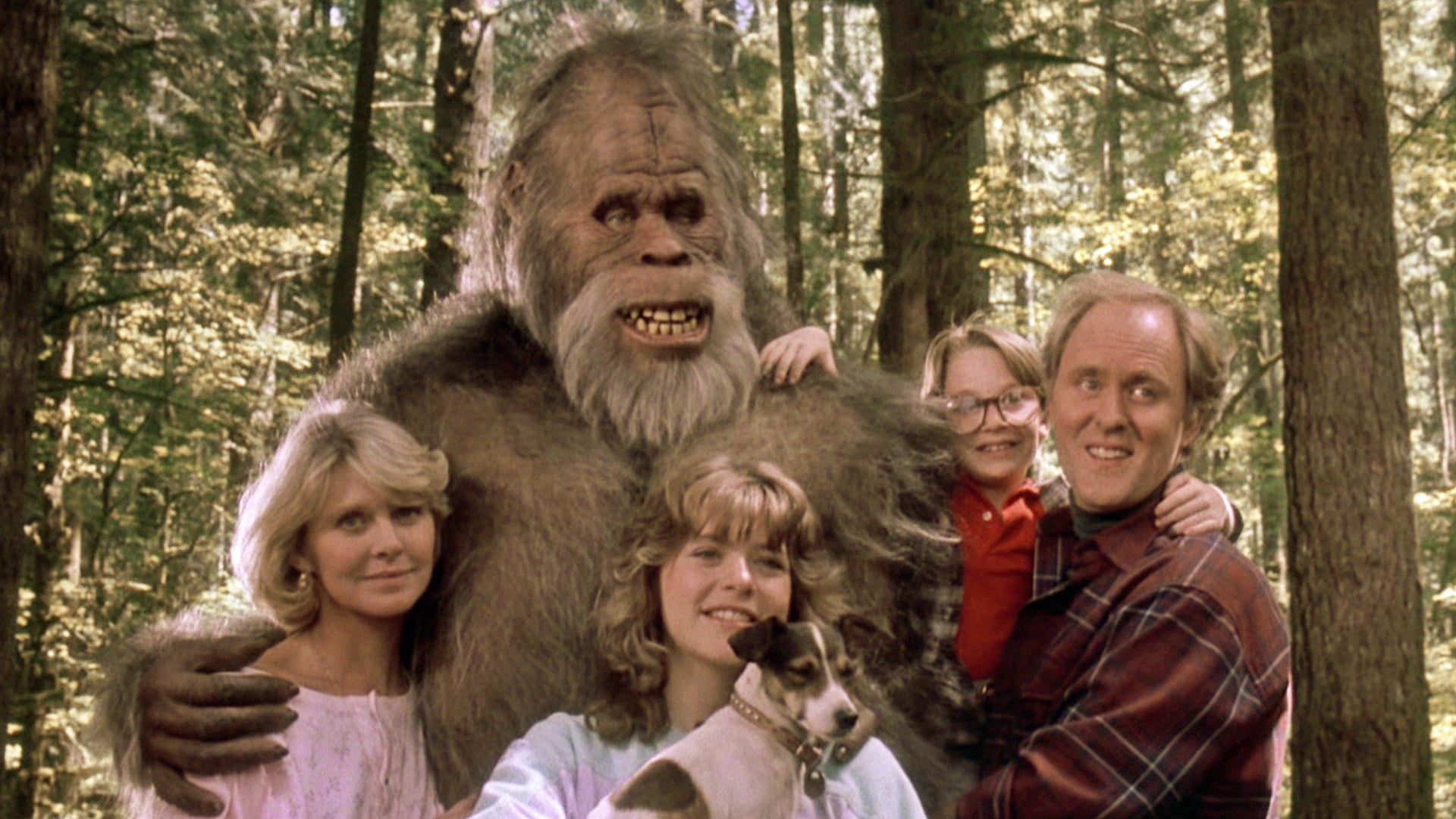 The actor who played Harry Henderson, Kevin Peter Hall, also played The Predator after Jean-Claude Van Damme was deemed not big & intimidating enough.  Hall was over 7 feet tall, a basketball player in college and overseas, until he moved to L.A. to try out acting professionally, where he met his wife and had two kids.  Tragically, he died at the age of 35 as a result of AIDS, and a beloved character actor was gone just like that.  I’ve always loved Harry and the Hendersons, grew up with it as a standard, but never learned much about ‘Harry’ himself, so it’s been nice to put a little research behind the film.  And it was even nicer to watch it once more, this wonderful, feel-good, family comedy that has a heart-warming message to share, and that holds up very well, even over 30 years later.

George Henderson is a hunter & a sportsman, teaching his son to be one too by taking the family on camping trips, buying him a gun, proudly displaying his mounted heads in the family living room.  But when George hits a large animal with his station wagon, he meets a humanoid creature who might just be worth saving.  The Hendersons name the animal Harry, and are pretty sure that’s he’s the legendary Bigfoot, Sasquatch, the Missing Link, and he seems to have almost-human intelligence.  The family soon falls in love with Harry, but their two worlds don’t always coexist, and soon Harry is loose in Seattle, with the whole city hunting him.  The Hendersons will have to put their life on hold, find their friend, and take him to a place where he’ll be safe, because he isn’t just some dumb animal, he’s what’s been missing from their hearts this whole time.

What a lovely little movie, and I’m glad I revisited it with my own family; my kids got a big kick out of it.  I had forgotten how 80s & 90s movies thought it was so funny for kids to curse, their parents to yell at them, then the parents to curse, and the kids to throw it in their faces; that was a standard joke and it’s pretty juvenile, which might be the only negative thing I can say about this film.  Not a big deal, but it bothered me a bit; other than that, pure family entertainment, and a great message to boot.  John Lithgow is great, Hall is so wonderful as Harry, the side characters are fun, the family dog Little Bob, Don Ameche is such a pillar, and everything fits nicely together in a succinct, pleasurable package.  This is a movie for the home shelf; it stands up & revisits well, it’s clever, it’s funny, a real winner of the genre & the time, and something for the whole clan to come together around.