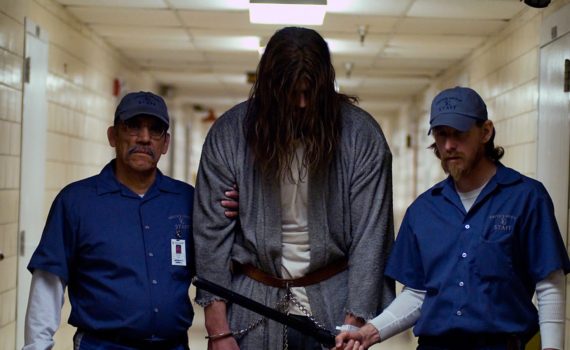 The Halloween franchise may be an untouchable horror hallmark, but Rob Zombie dared to reboot the series in 2007, then came in again with a sequel in 2009.  The first was fairly well received, for a slasher flick remake anyway, although the second was a bit of an embarrassment.  Zombie stopped there, but perhaps he at least rekindled some love for the 70s/80s icons and got us talking about Michael Myers again, so it wasn’t a complete loss.  For my money, the remake is just slightly better than the original, bringing us much of the same content, but in a revamped style that at least fits the current times.  Diehard fans might not be interested in seeing their cult classic redone, but if someone was going to do it, I think Zombie was the man, and he at least did the film justice.

A very disturbed and ill-treated little boy named Michael is about to make anyone who has ever done him wrong pay with their very lives.  He begins by killing small animals, then a bully from his school, then his family in their home, a massacre that sees him sent to a mental institution for fifteen years.  Now a young man, Michael escapes from lockdown to return to his origins, to find the sister he left behind, to seek revenge, and to kill anyone who gets in his way.  Meanwhile, high schooler Laurie goes along with her Halloween plans, including babysitting and hanging out with friends, never knowing that her insane brother is on the rampage, never suspected what kind of killer is lurking right outside her door.

The plot of the 2007 film stays pretty close to that of the 1978, but it’s hard to predict whether that will make aficionados excited or angry.  As someone who enjoys some horror but doesn’t have a huge place in my heart for this franchise, I thought it was nice to see the same story modernized.  It doesn’t come across as a ripoff, it seems more like homage, including the use of the classic music and key scenes.  We still get death by knife, co-ed sex, hyper psychiatrists, and trick-or-treat terror, so I’d say that’s a win.  McDowell as Dr. Loomis is a welcome sight, and I think that the film as a whole delivers on respecting the original without butchering it, while at the same time adding a little Rob Zombie flare to the mood.