Movie Review – Guardians of the Galaxy 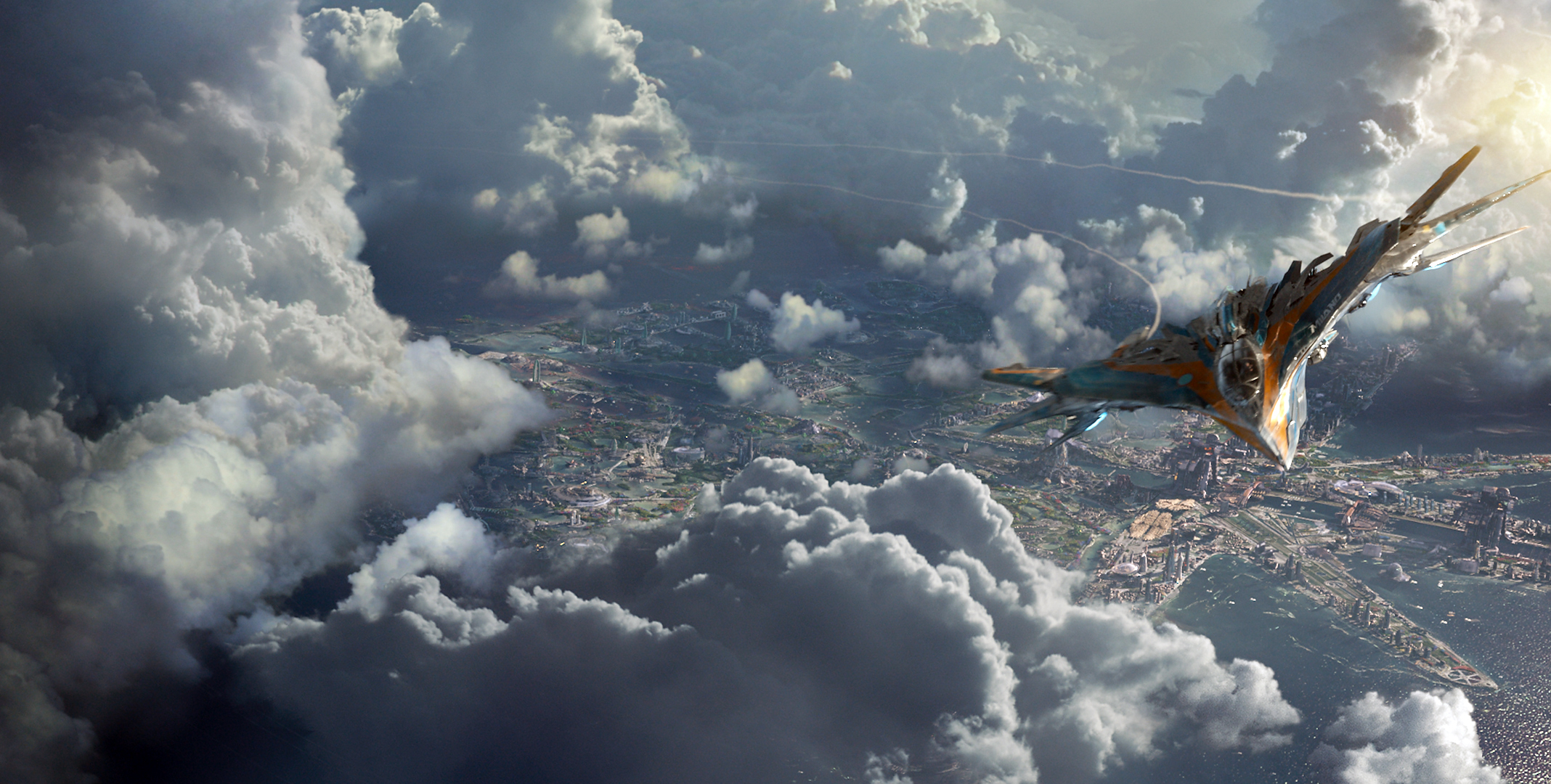 Movie Review – Guardians of the Galaxy

I never get tired of being wrong.  Sometimes it’s more fun than being right, being completely surprised or impressed by a film when you thought there was literally no chance that it would succeed.  When I first saw the trailer for Guardians of the Galaxy I thought it would suck.  Not just that I wouldn’t love it, but that it would suck.  And, in my defense, I had reason.  Chris Pratt has never made me laugh, I still hold Avatar against Zoe Saldana, and James Gunn has only been a part of very bad movies.  Then there’s the comic book element.  I don’t like comics.  I’m sorry, you probably love them, but I don’t.  I don’t like to read them, I don’t like movies made out of them, and I don’t relate to people who are into them.  That a film based on a “graphic novel” sometimes comes along and entertains me hasn’t changed my opinion that the genre as a whole just isn’t for me.  So, based on all that, I was pretty sure I was watching Guardians just because, reviewing for the sake of reviewing.  I couldn’t have been more wrong and I’m so happy I was.

Star-Lord, galactic thief, space bad ass, pilot extraordinaire.  Also known as Peter Quill, this mercenary and rough rider takes what he wants, sells it where he can, and moves on, roaming the darkness with a chip on his shoulder.  Originally from Earth, Peter was abducted when he was a boy, the night his mother died, the night his life changed forever.  Now he’s an outlaw whose latest mission might be his last.  The orb he just stole is being sought for by many parties, each more vicious than the last.  The warlord Ronan sends his minion Gamora after Quill to take the orb, the key to a great power that could turn the tide of an ancient battle.  But Gamora will have to fight off Rocket & Groot, a pair of bounty hunters who want Quill for themselves.  Add in Drax, a muscle-bound man seeking revenge, and you’ve got a team of warriors who, once they understand the importance of the orb, will stop at nothing to keep the power out of Ronan’s hands.  An epic struggle for control of the galaxy follows, with this mismatched team the only thing protecting its total destruction. I guess they showed me.  I guess this is what happens when a team gets the whole comic-book-to-movie thing right.  Guardians was a near-perfect action-comedy, and that’s harder to pull off than you might think.  The sci-fi action was intense, gripping, fun, larger than life, and always 100% entertainment.  And the comedy was something I wasn’t prepared at all for.  The dialogue was genius, creating a naturally funny atmosphere that allowed the lines to flow smoothly, to be comedic without effort.  Combine the two and you have a film that’s nonstop, one that’s exciting & hilarious in turns, a story that grabs you, thrills you, and keeps you laughing.  This film was exponentially more amusing than “comedies” like Sex Tape, embarrassing an entire genre by showing that funny doesn’t have to mean stupid.  As far as the comic book element, I can only say that it worked here.  Perhaps I still wouldn’t enjoy reading the material, maybe a different team would have butchered the plot.  But thankfully that didn’t happen and I’m left having to applaud a style that normally lets me down.

But we can’t ignore the actors that made this magic happen, because without them maybe the film does end up more Elektra than we would have liked.  First off, I owe Chris Pratt an apology.  He was phenomenal in this role.  He was funny, cool, an every man, a hero, a wonderful lead to build a franchise of films around.  Tom Cruise couldn’t have pulled off Peter Quill like this, Marky Mark wouldn’t have worked.  Pratt fit the bill and delivered.  I was even mildly impressed by Zoe Saldana as Gamora.  She was not overpowering, not overdramatic, and allowed the characters around her to shine.  It was actually Rocket & Groot, the raccoon & tree, who stole the show.  Voiced by Bradley Cooper & Vin Diesel, they were the funniest of the film, the emotional connection, the best friends, the motor mouth and the silent plant who became unlikely heroes.  And I can’t leave out Lee Pace as Ronan, who you should really check out in The Fall, a magnificent film.  So, the actors were top-notch, the comic book translation was flawless, the action was excellent, the comedy was perfectly timed, and, oh yeah, don’t forget that the soundtrack was perhaps the greatest thing since French toast.  They worked in 60s & 70s classics in a way that wasn’t at all cheesy or forced, allowing audiences to enjoy golden oldies in outer-space with no hesitation, with no breaking of the fourth wall.  Don’t believe me, see it for yourself.  And anyway, just see it for yourself.  It’s the best movie I’ve seen this year, one of the best action-comedies you’re likely to see in many years, and the perfect way to enjoy your local theatre.  Don’t miss this film; you’ll regret it. Just saw it today! Loved it.

While you are in the afterglow of this I recommend Captain America 2. No need to see the first one and it is very good as well.

I agree that Guardians was unexpectedly great.

Perhaps I should check it out. And yes, surprisingly excellent.