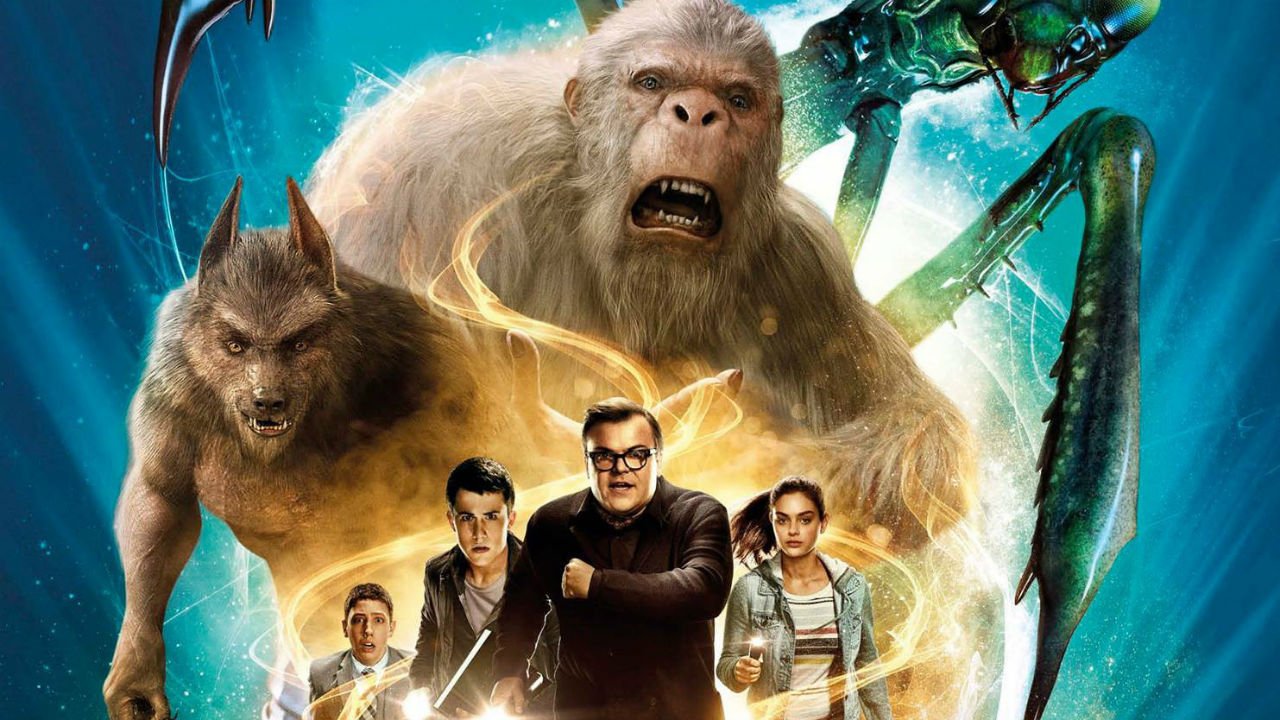 I was a big fan of the Goosebumps books when I was a kid, and now my daughter reads them with a passion.  I moved on to Stephen King as I got older, she says she wants to be the next King when she grows up (and after she’s old enough to read his novels), so the love of spooky stories has always been a big part of my life.  I’m glad there was a movie made about Stine’s creepy tales, because they are important to the lives of a lot of children, and it’s great to see some of his most famous villains and monsters on screen here.  What’s even better is that the film that celebrates the books is well done; not perhaps the greatest cinematic achievement of the decade, but something you can enjoy with your children if they are also fans, something to applaud for a fun time well delivered.

Zach and his mom have just moved to Delaware from New York, and he’s already sick of the small town life.  His dad died, they packed up and moved out of the city, so now he’s got to adjust to a new town and a new set of schoolmates.  It won’t be easy, but right away something positive happens; there’s a pretty girl living next door.  Not only that, but she’s nice and fun and willing to show Zach around, even though her dad is super protective, home schools her, and doesn’t like her to talk to other people.  A little weird, and so when Zach hears screams coming from next door, he assumes there’s trouble.  He and a new friend named Champ sneak into the house to investigate and inadvertently open a bunch of locked books.  Turns out, that was a bad idea, because Zach’s neighbor is none other than R.L. Stine, and those books were keeping the real monsters of his stories from tearing apart of the entire world.

Goosebumps is entertaining, and that’s all I really wanted from a movie that was made to honor the books.  We meet Stine (the real guy makes a cameo), we get some cool characters from his stories, my daughter was calling out villains in every scene and naming which book they were from, so that was all very cool, and if your family members are aficionados, this film was made for you.  Also, the acting is pretty good, as Minnette & Rush are solid young actors with bright futures, and Black is of course a goofball extraordinaire.  Amy Ryan, Jillian Bell, and Ken Marino make appearances, so there’s a little more comedy thrown in, and the movie is short and sweet, even including a couple twists, which we all know is classic Stine.  Nothing will blow you away, and you probably need to watch with kids, but that doesn’t stop Goosebumps from its job, which is simply to entertain, something it does with ease.