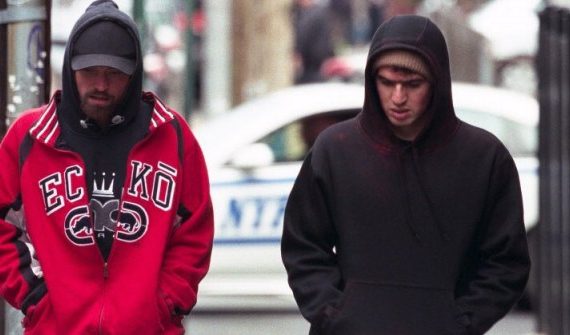 Good Time is a combination of Drive, Victoria, The Rover, Training Day, and Trainspotting, an unpredictable, inner-city adventure that definitely won’t have a happy ending.  When I saw the trailer, I called the film an indie lovechild of The Rover and Drive that I couldn’t wait to meet, and it didn’t disappoint in the least.  Good Time is a realistic crime drama that relies on a quick pace and a smart use of character placement to push the story forward, while also keeping in mind the underlying emotion beneath the plot; the love between two separated brothers.  It’s this base that makes the film feel real, along with a slew of desperate people who make terrible decisions at the worst possible times.  You can’t help but watch though, you’re forced to rubber-neck, and in the end you’re very glad you did.

Connie Nikas has one priority and that’s his brother Nick, who is mentally handicapped.  He doesn’t want him to go for therapy, he doesn’t want him in some home, he wants to take care of Nick himself, providing for him in whatever way is necessary.  Connie isn’t exactly an upstanding citizen, and he uses Nick as his wingman in a back robbery, a heist that of course goes terribly wrong.  Nick is caught, Connie gets away, but he can’t live with himself for leaving his brother behind.  And when bailing the kid out isn’t an option because he doesn’t have the money, he’ll resort to less sane options.  So begins a night in the city of pure adrenaline and dumb luck, with the outcome up in the air, although we all know that the dice are always loaded.

Robert Pattinson is so talented it blows me away.  I know he’s the emo guy from Twilight, but I’ve successfully stayed away from that franchise, so I’ve never had to watch him act below himself.  I’ve only seen him succeed: Bel Ami, The Rover, Life, The Lost City of Z.  He’s simply great, and I hope everyone is starting to see that as he ages and as he makes better choices.  Pattinson is the star of Good Time and he relishes every moment, developing a cool character who is both smart and stupid at the same time.  I loved watching Connie create lies on the spot time and time again, it was a very enjoyable part of the movie, and Pattinson played it to perfection.  The music is so awesome throughout and it never stops, the pace is always fast except for a bit of a lull in the middle, the beginning and the end both featuring the brother Nick are incredibly deep, giving another level to the drama that is entirely separate from the crime side.  If you’ve seen and liked any combination of those movies I mentioned at the beginning, give this one a chance; I think you’ll dig it.