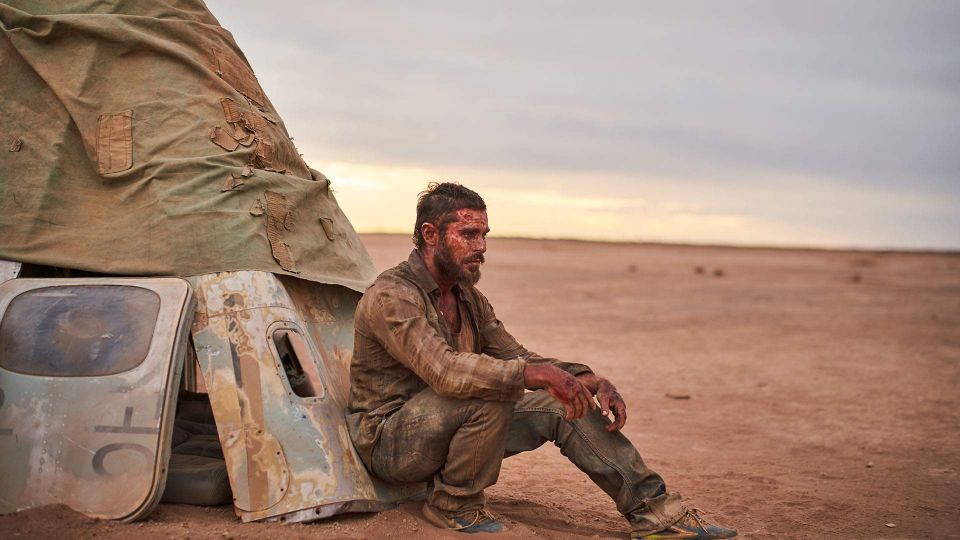 I would like to say that Zac Efron is not just a pretty face (and abs), that he’s a very talented actor and that he’s shown us that many times over, but I’m not sure that’s true.  He’s tried to move past that persona, but looking through his filmography, the times that he’s really attempted something big haven’t been the successes we as fans wanted them to be.  Gold is by far his most challenging and introspective performance to date, and for trying he deserves credit, but it looks like the sheer volume of talent needed to put his past behind him might simply not be there.

A drifter in a broken world, a young man goes searching for a place called the Compound, where there is a promise of work, food, stability, maybe even a chance to start over.  Hitching a slow ride through the barren desert with a local man, he wonders if he’s doing the right thing, if this life has any more hope left in it at all.  When the truck overheats, the pair of men stumble upon a gigantic hunk of half-buried gold, so big that they’ll have to find a town with real equipment to get it out.  Our hero stays behind to guard it, but the wasteland will soon turn him into a villain, and will show him that good luck runs out quick.

I shouldn’t be too hard on Efron; he’s a good actor, just not a great one.  His attempts to rise above his good looks and his High School Musical days are commendable, I just don’t think he’s got quite what it takes to move on.  He reminds me of Shia LeBeouf, but a little more grounded and a little less talented.  Anyway, Gold might have been his chance, but it definitely wasn’t his coming out.  It’s a fine movie, it looks & feels interesting, but all the weight in the world is on Efron to deliver something magical, and he just doesn’t do it.  It’s moody, it’s grim, it’s got depth, I was invested in the metaphors of the tale, it just comes down to “does this actor take me the rest of the way” and the answer is, unfortunately, no.