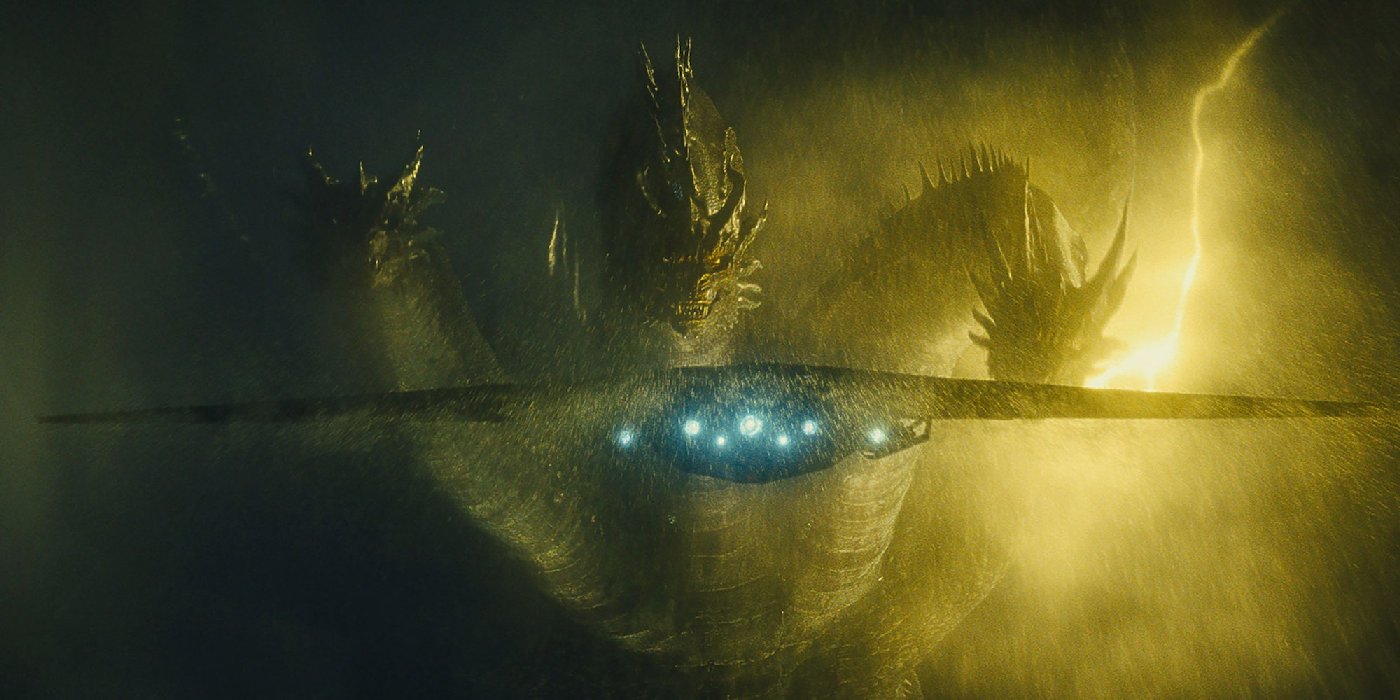 The 2014 Godzilla was a major disappointment, since the visuals were so awesome and the story was so awful.  We probably would have been better off watching in complete silence except for the roars and explosions; that’s what we were there for anyway.  Don’t rely on acting and plot if you can’t do the job, just let the movie be a creature feature and leave it at that.  You’d think they would have learned from that experience when it came to making King of the Monsters, but they sure didn’t, instead, damn them, they doubled down.  The dialogue was stupider, the acting was worse, the plot was nonsensical, and I wish no one had spoken one line the entire time, that would have made things so much more enjoyable.  But I have to say, the action also packed twice the punch, and I don’t think I’ve ever seen anything quite like this massive monster display; it was almost worth the human drivel.

We now know that there are gods living among us, great Titans of the ancient world who have not abdicated their thrones, they are only resting.  Godzilla saved humanity from destruction five years ago, but now humanity is considering destroying him, along with any other Titans who happen to be buried in secret sites around the globe.  Some want them all dead, some want them studied, and some want them released; it’s a mad world.  The family at the heart of it all is the Russell clan, mom & dad being scientists who developed a way to “talk” to the monsters and maybe even control them.  But the miracle device gets into the wrong hands, and now the Titans are waking all over the world, coming alive to rip mankind apart before we even draw breath.  Can Godzilla save us once again, or will we kill him before he gets the chance?

Seriously, the team who wrote this film should be embarrassed.  It makes almost no sense, characters jaunt about like someone invented teleportation, the big character reveal feels like someone making fun of a James Bond movie, and the acting couldn’t have been worse if they had cast the same random dude off the street to play every role.  I was shocked how bad even some of the good actors were, conforming to the worst among them or perhaps just unable to do their job with such a shitty script.  Chandler, Farmiga, Brown, Ken Watanabe, Ziyi Zhang, Bradley Whitford, Sally Hawkins, Charles Dance, O’Shea Jackson Jr, David Strathairn, that one guy from A Star Is Born, another guy from those cell phone commercials; my good god.  They could have saved millions of dollars by casting no one at all, by just letting extras run around, and allowing us to watch monsters play with fire.  That, at least, would have been a step up from the dialogue we were subjected to during this film, and which basically destroyed something that could have been kick ass.

Because, holy cow, was this movie impressive.  The fight scenes, the planes, the creatures, the bombs, the battles, the destruction; it was literally the coolest thing ever.  During those scenes I was hooked, I was there, I was headed for the Titan’s face and I knew I was gonna die if Godzilla didn’t save me, it was that intense.  But, unfortunately, every time we cut back to humans talking I had to roll my eyes, not because I want an action film with no emotion, but because no one involved was able to craft anything remotely resembling actual story.  Supposedly next we’re gonna get a Godzilla vs Kong movie, and that’s cool, but Skull Island had the same problem; flash but no finesse.  So I’m worried that this Universe simply doesn’t have what it takes to be anything other than noise and visuals, which is fine at times, but the noise is so cool and the visuals are so stunning that I wish they were supported by more than just money.