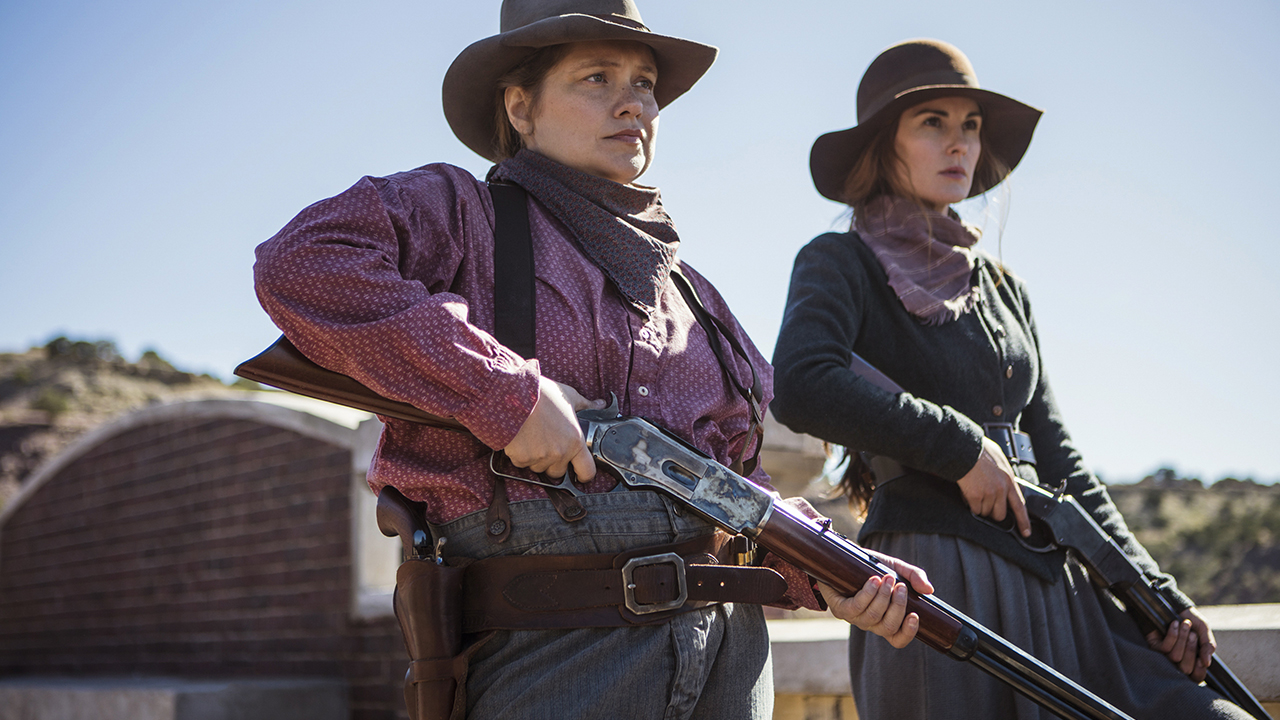 I don’t review TV, that’s not my interest and it’s not my focus.  Also, I don’t watch a ton, I’ve always just stuck to a few reality shows just for fun, and I’ve successfully stayed away from the dramas and comedies that American audiences can’t seem to avoid watching.  Recently, with the emergence of HBO and then of Netflix, TV has become something more solid, approaching film if never quite catching up, and some of it has demanded my attention.  I watch OITNB, Stranger Things, Black Mirror, a few like that, and I’ve learned to let them entertain me without having to critique them too harshly.  Also, in the past and present, I’ve stumbled upon a few short-run shows that I enjoyed very much, like Band of Brothers, Firefly, Rome, and Godless.  Here’s my review of the latter, a short-run mini-series that feels like a long-running movie, and something that is easy to consume.

Frank Griffin is a bandit king known throughout the Southwest in the post-Civil War days of the American Wild West.  He & his band of 30 men terrorize when and where they will, specializing in the robbery of mining towns and their new-found riches.  Griffin’s closest soldier, Roy Goode, a young man who he considers a son, inexplicably turns on Frank, stealing his latest take and shooting his left arm clean off.  Now Griffin will stop at nothing to kill Goode, even murdering an entire town in retribution.  Roy hides out on a ranch near Le Belle, New Mexico, a town that lost all its menfolk in an accident, so is now solely populated by women and a sheriff who is losing his eyesight.  As Griffin comes for Goode, the townsfolk try to revive their mine, not knowing that death has cast its shadow.

Godless is one of the best Westerns I’ve ever seen, on TV or otherwise, rivaling Lonesome Dove with its quality.  Now, both are mini-series and both are great, but they are actually very different.  Lonesome Dove is on an epic scale, while Godless focuses on the lives affected by Goode’s decision on on the fate of this one town.  But both weave together many different characters to create a tapestry of events that showcase the rough existence of the West, the fragile lives that were snuffed out so often and so quickly.  The acting is fair, it’s not going to blow your mind, but the characters are awesome, and the plot is so classic it immediately feels extremely comfortable.  What surprised me most was the cinematography, and the way each scene was paid special attention.  That’s what happens when you only need to focus on seven episodes, you can really devote time to getting it right.  And they did, this is a genre flick done correctly, and done incredibly well.