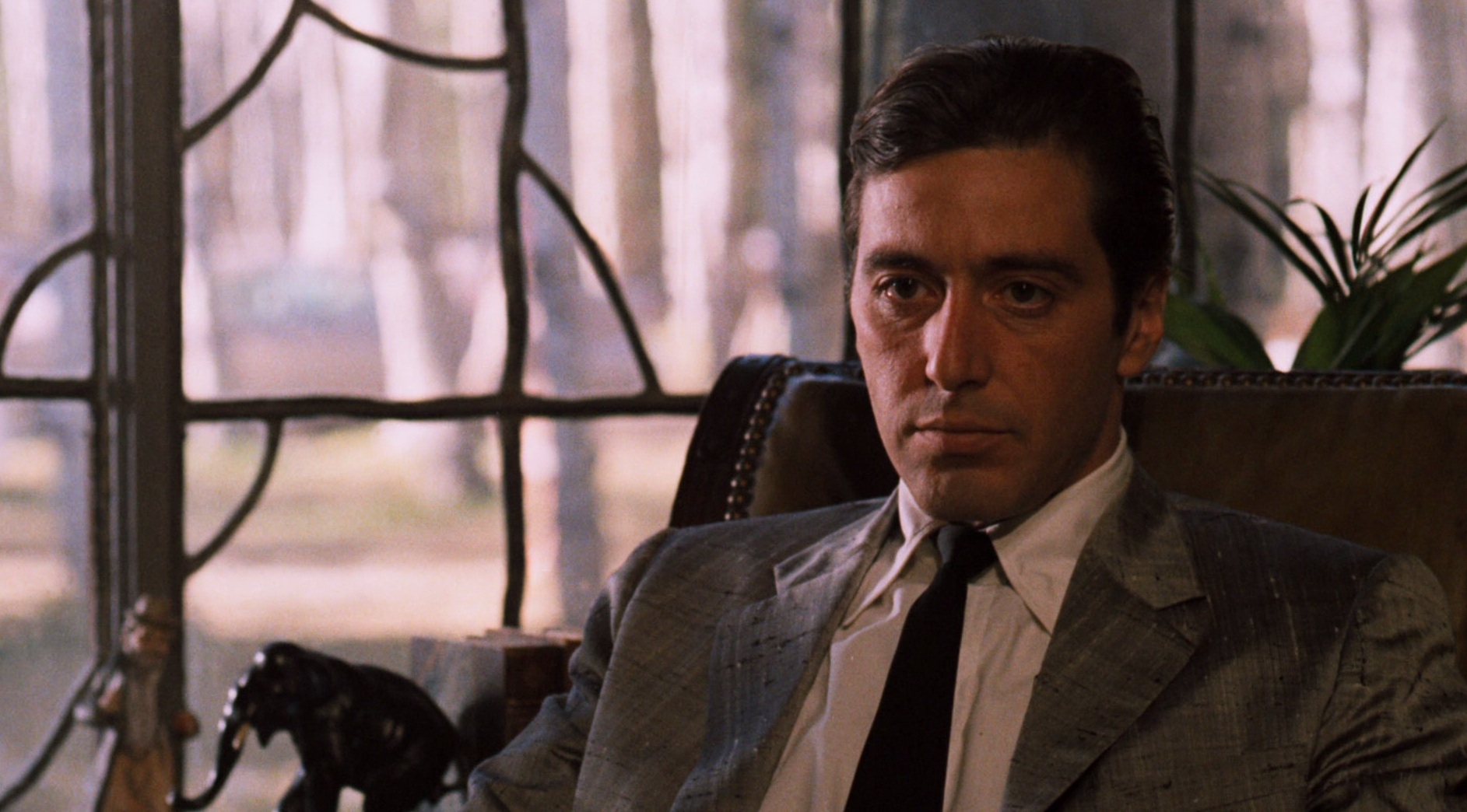 Two and a half years after The Godfather made history, after it was nominated for 11 Academy Awards, Part II was released, and brought home 11 nominations itself to match.  This second installment was broken into two parts, the past and the present, weaved together to make one spectacular film.  For my money, Part II is slightly better than Part I, but only slightly, as both are excellent and both are regarded as perhaps the best movies ever made.  IMDb ranks them as #2 and #3 all time, behind only The Shawshank Redemption and with The Dark Knight tapping on the shoulder; hard to argue against that, personal preferences aside.  Coppola returned with a bang to give us more from this world, more blood, more money, more betrayals, and more Corleone magic.

The Godfather has died, as has his eldest son, leaving Michael in charge of the family.  Operations have moved to Nevada, as power switches from the streets into the aisles of the casinos, where money can be made hand over fist.  But an attempt on Michael’s life, in his very home, with his wife and kids present, sends the delicate balance of the underworld into an incredible uproar.  The Corleones are attempting a massive deal with Jewish investor Hyman Roth and the Cuban government, a relationship that will develop a lawful criminality that will deliver pure freedom to the any mobster who gets in on the ground floor.  But this assassination attempt may foul the works, as Michael keeps the deal alive while searching for the rat in his own walls at the same time.

If this movie is an improvement over the the first, which many would argue against, it’s because of a couple things, which I’m happy to point out.  One is the backstory of Vito Corleone, played by Robert De Niro, a role that didn’t require his to speak much but for which he still won an Oscar.  It’s awesome to see old Sicily, Vito’s criminal beginnings in NYC, the family he supports by way of the gun, and also how this plot is pieced together throughout the modern one.  The second incredible aspect to this film is the way it ends, with a finality that simply feels amazing.  Lastly, the music; my god.  It’s a phenomenal score, it won the Oscar, it can’t be overstated, and it literally makes the movie.  Pacino is great as maturing Michael, Duvall is a spectacular straight man once again, and I’ll still always love Fredo; what a tricky character.  I could do without Diane Keaton and Talia Shire, but that’s what it is and doesn’t detract too much.  Coming in at 200 minutes, watching is an investment, but it’s one worth making.