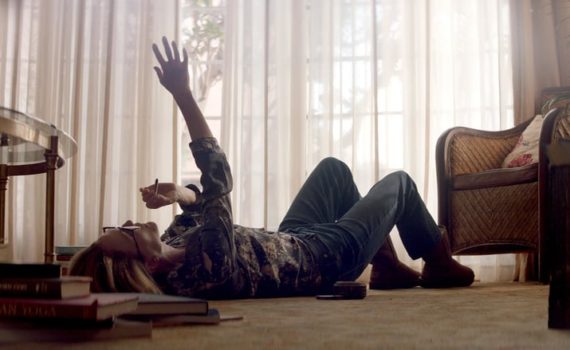 The world may never know why A24 decided to make a disco version of Uncut Gems for 58-year-old women, but they did and it’s bad and I’m angry.  Gloria Bell seems like a waste of time, even if what I’m saying isn’t really accurate; it came out first, it’s a remake of an earlier Lelio movie, it’s very different from the spectacle Adam Sandler brought to life.  But regardless, the film feels like a pointless copy, if not of a modern film then definitely of the 2013 Chilean drama is stems from, and it never shakes that cover of been-there-done-that.  With so many better options this year, there’s no reason to revisit this film, and no wonder that no one under the age of 46 showed any interest in it at all.

Gloria is a divorcee from L.A. with two grown kids, a crappy apartment, a job in insurance claims, and a passion for dancing.  She tries to meet guys, to live a little, to venture out, but it’s all a little sad, a little desperate, and she’s only getting more lonely/tired/generally old.  But then Arnold appears, and he seems like a good guy.  He’s also divorced, loves poetry as much as paintball guns, has some money, might just be quite a catch, if he could get his head out of his own ass and stop fixating on the drama of his daughters long enough to appreciate Gloria for the diamond she might be if someone was just willing to put in a little goddam effort.

So, at first Gloria Bell simply appears to be another in the hyper-specific genre of older ladies getting their groove on in warm climates and learning lessons that will finally make them whole after years of searching in vain.  It’s a silly style, but I guess boomer mom’s might like it; the lead women are always smoking pot for the first time, dating rich men, complaining about their children, and somehow having great sex.  It’s a fantasy really, I get that, it’s just not mine, and I don’t like to watch it unfold.  Also, it’s a bit ridiculous, it’s expected now, and we deserve more, so please go away.  Lelio decided to make a modern movie of that ilk from a previous movie of that ilk, and that’s just not something I can sanction.  Then, A24 gets their hands on it, adds synthesizer like a Safdie flick, and hopes we’ll forgive the flaws they’re obviously trying to cover up; nuh uh.  THEN, the supporting cast it weird: John Turturro, Caren Pistorius, Michael Cera, Brad Garrett, Jeanne Tripplehorn, Rita Wilson.  And Moore herself is not my fav and needs to stop showing her boobs off all over the place, IMHO.  So many ‘no’s so little time; let’s just pretend this never existed.