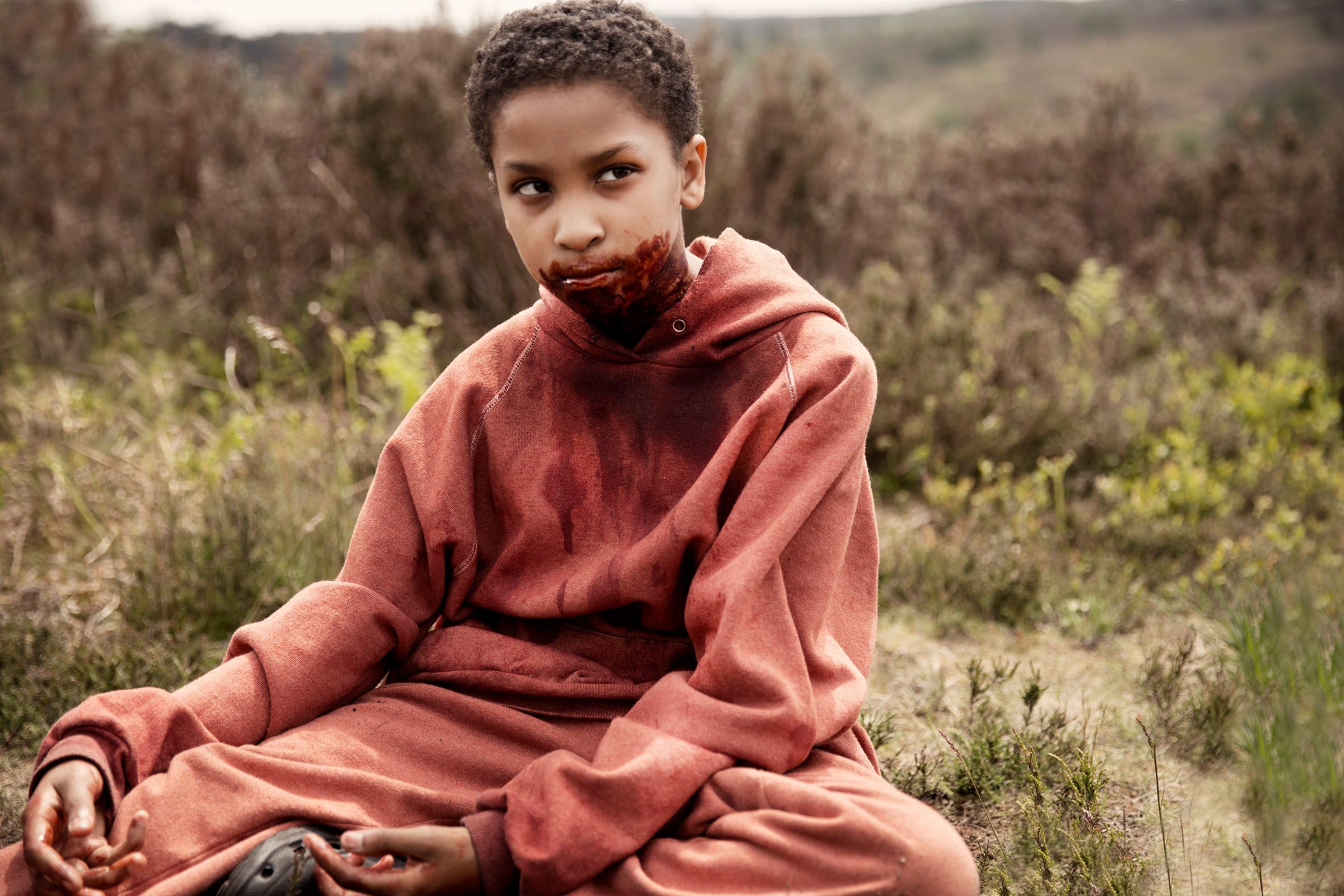 Zombie movies aren’t going anywhere, and you can take that two ways.  They aren’t disappearing, even if the genre has been done to death (har, har), and they also aren’t progressing, finding themselves stuck in the same old rut of rotting flesh and harried humans.  But if anyone can advance the theme, the Brits can, Danny Boyle already did it fifteen years ago with 28 Days Later, now it’s Colm McCarthy’s turn.  Problem is, The Girl with All the Gifts is his directorial debut; lucky for him he has a good book to base his film upon, and a good adaptation to work with.  End result; this zombie movie is actually original and cool.

In an incredibly fucked up future, infected “hungries” roam Britain, looking for a snack.  Humans have gathered together behind barbed wire to survive the cannibalistic holocaust and are desperately working on a cure for the disease.  A group of children who are kept in prison cells and monitored constantly hold the key to the next phase, either for mankind or against it, we’re not immediately sure which.  One girl, Melanie, is highly intelligent and highly emotional, and her behavior might be the answer that we’re looking for.  But before her fate can be decided, the base at which she is kept is overrun, resulting in the deaths of everyone but a lucky few, a group who will now travel to London with the desperate hope to survive.

The setup for the story is spectacular, the kids strapped to their wheelchairs because the soldiers dare not set them free.  It’s a cool concept, made better by fine acting from both the girl and her costars.  I was fascinated by the dystopian foundation, and as a mild aficionado of the zombie genre, I was pleased to immerse myself in their world.  That the plot morphed into something both comfortable and original was an added bonus, and I was ride alongside the characters in their struggle to stay alive.  I appreciate when a genre flick can still summon up a few surprises, and this film definitely did, working to be fresh in a venue that can so easily go stale.  Good job, Brits, you did it again, and I trust you to keep the progression moving forward.