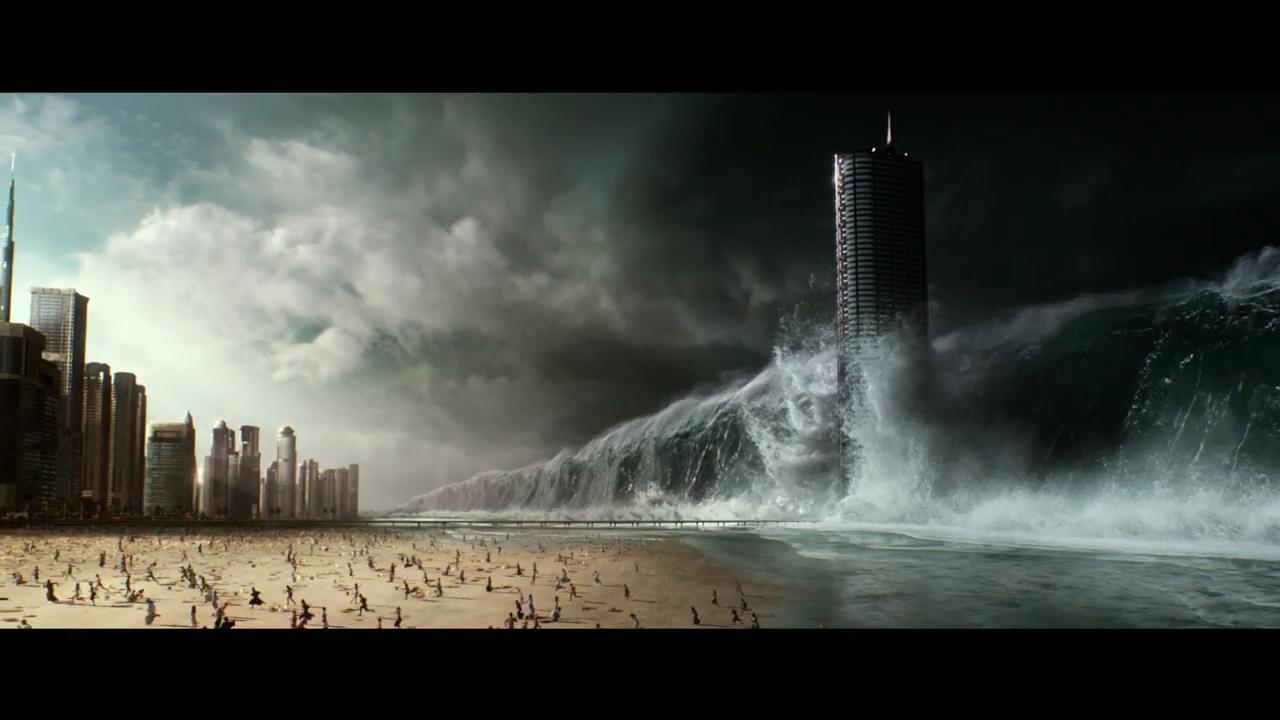 Disaster movies are bad, and that’s OK, the badder the better I say, it’s a genre that supports the action going way over the top, that’s exactly how we like it.  I love terrible natural cataclysm flicks, they’re entertaining from start to finish, and they don’t necessarily have to have much going for them beyond that to give fans a fun time.  BUT, there’s always an exception, even to b-movies, and Geostorm is the perfect example.  Even terrible films have to be good in some manner, have to excel at something, in order for us to forgive their obvious flaws.  Gratuitous nudity, gore, ridiculous story arcs, awesome apocalyptic scenes; you need something to point at when the rest of your movie completely sucks.  Geostorm failed to deliver something cool, something insanely exciting, characters to love, guilty pleasures to pursue, any kind of deception to keep audiences from looking too hard at the hand of the magician.  Which is why this movie is one of the worst you’ll ever seen, even considering the safety net of its genre.

As most of us are willing to admit, humanity’s lack of care for the environment is starting to have negatives effects, and that’s not good for any living creature that wishes to live here.  The temperature is rising, the ice caps are melting, the sea levels are changing, extreme weather events are becoming more numerous; basically Earth is giving us an eviction notice.  But there’s hope for mankind, if we band together and attempt to fix the problem before it’s too late.  Launching satellites into space that point directly back down to the planet, we created a net of interlinked weather control devices, whose job is to zap bad weather before it can become catastrophic.  Jake Lawson, hero of the world, built this network, and mans it with an international team up in the ISS, keeping us all safe every day.  But someone has hacked into the computer that runs the program, and violent weather has been released on the planet once again.  If too many tornadoes and hurricanes join together, they will create something that will wipe the world clean, a phenomenon called …wait for it …a geostorm!

We could go through a list of disaster movies and pick them all apart, but we all enjoy different ones, think some are dubs while others rock; it’s a very subjective style.  But I think some do stand out as awful, and they aren’t really that hard to designate.  Geostorm is one that we can all agree is horrendous, from the construction of the plot to the delivery of the lines; nothing ever goes right.  First you need a cool story, which this film doesn’t have.  Then you need cool disasters, which this film teases us with more than it delivers upon.  But the big hurdle that needs to be jumped is the acting; it either has to be great or simply ludicrous, it can’t just be bad, and boy are the actors in Geostorm bad.  Gerard Butler is more robot than human in these roles, he couldn’t portray real emotion if his life depended on it, and he also couldn’t believably pretend that his life depended on it.  Jim Sturgess was worse, and there’s a reason he’s not been successful as an actor; because he’s terrible at it.  Also, both men were hiding accents, which they tried to cover up with a stupid line about being American but born in the U.K.; not good enough, boys.  They were the stars, sadly, and no one could help them out of the hole they were constantly digging, not Abbie Cornish in a dumb role where she never changed her facial expression, and not Andy Garcia or Ed Harris as potentially crooked politicians; their characters were one-sided and poorly written.  Geostorm is more a disaster of a movie than a disaster movie, an example of exactly what not to do, and hopefully Hollywood takes notice.