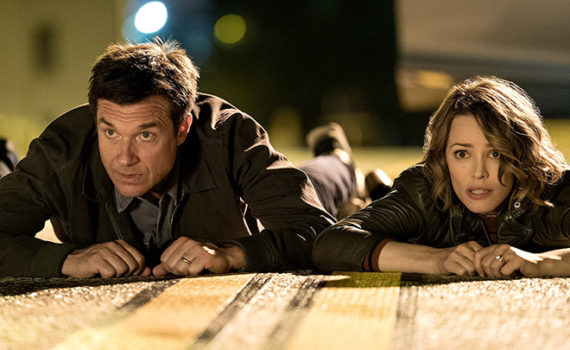 Game Night might be the comedy of the year, and its mass appeal is only going to help it stay on top, while it dares you not to love it.  “From the guys who brought you Horrible Bosses” wasn’t much of a selling point to me, but it will be to some, and I did enjoy that the kid from Freaks and Geeks was now making movies, so I was in.  Also, Bateman and McAdams are legitimate stars who seemed to have a natural chemistry, so there’s another reason to watch.  Still, I never expected Game Night to be incredible or hilarious; I thought it would simply be a cute comedy that I forgot about in a day.  Instead, it’s a riot that I’ve been quoting since I watched it, and what’s more is I’m confident that you will like it as well; there’s really no reason not to.

Max & Annie bonded over their competitive love of games, trivia, pop culture, and all things winnable, so much so that they married and lived happily ever after.  Well, actually, now that they’re trying to have kids and can’t things are a little uneasy, but that’s something some couples have to deal with, and they’re sure that they’ll win that game eventually too.  But here’s a situation that might only have losers; one game night with friends and with Max’s brother Brooks, the kidnapping mystery that they are all playing is crashed by an actual kidnapping, which at first is indistinguishable from fiction.  Once they realize that they are actually in trouble, Max & Annie jump into action; crack the case, save Brooks, beat the bad guys, win at life.

There was a point that I thought my wife would hyperventilate from laughing so hard; it’s that kind of movie.  You had better be prepared for belly laughs, because Game Night comes at you from every angle and at any moment, from gunshots to the arm that are somehow funny to the creepiest next door neighbor that you can possibly imagine.  The laughs are around every corner, but they are somehow also balanced by the quick & clever story, one that you will appreciate even more if you are an aficionado of party and board games.  That’s the thing; I think Game Night has mass appeal, I can’t imagine not finding it funny, it ranges so wide through the comedic spectrum and never gets too raunchy or too dumb or too cerebral or too weird.  It stays grounded because of Bateman, who is a natural, and McAdams, who has perhaps never been better.  The side character friends I could have done without, but the neighbor (Jesse Plemons) steals parts of the show and should get a big round of applause for his work.  I haven’t seen funnier this year and I wonder if I will, because the bar has been set pretty high.