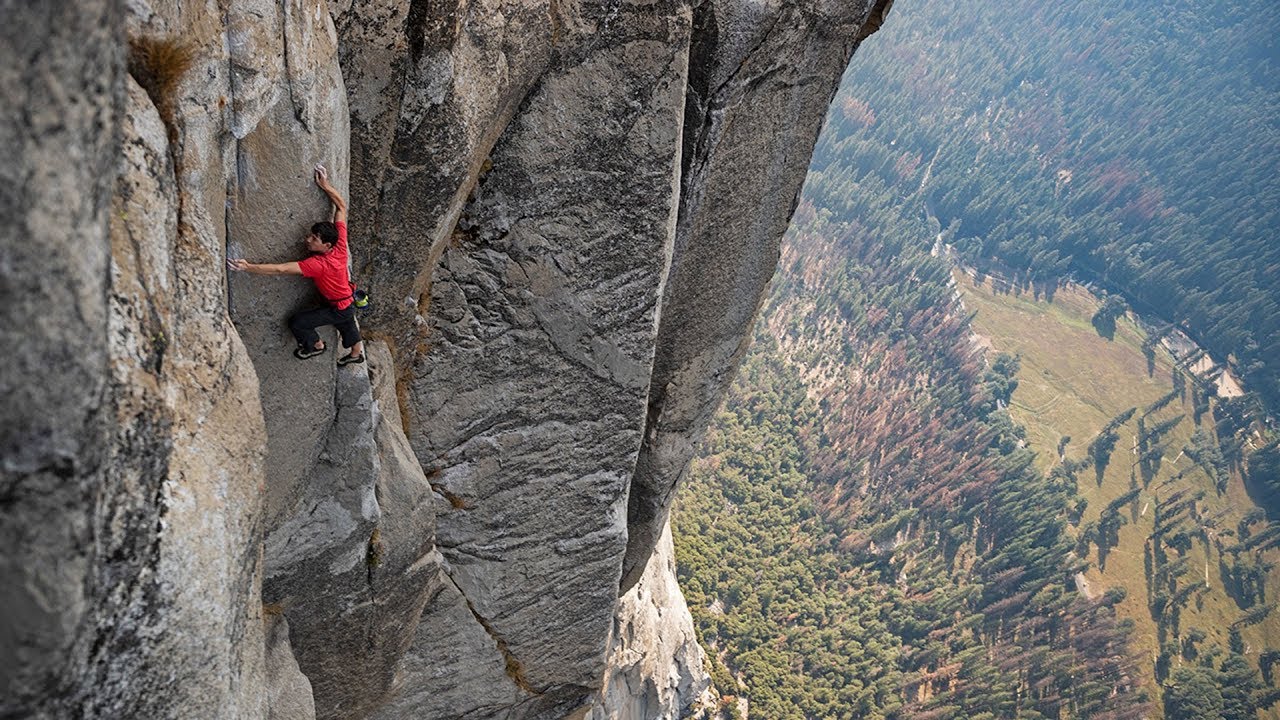 I may not have understood just how packed the Best Documentary category at this year’s Academy Awards really is.  When both Won’t You Be My Neighbor and Three Identical Strangers were left off the nominations, I was shocked, and assumed that no other films could match their quality.  Admittedly, I haven’t seen a ton of documentaries this year, that’s not really my genre, but I was pretty sure that nothing could top Mr. Rogers.  And I’m not sure anything else has, it’s still my favorite documentary of the year, but Free Solo comes in at a close second.  It is nominated, it more than deserves it, and it stunned me with the scope of its story and the breadth of its lens.  You won’t spend a more adventurous evening this year than what you will experience sitting watching Free Solo, a transportative force if ever there was one.

Climber Alex Honnold has scaled the sheerest faces and tackled the toughest ledges; it’s been his passion since he was a boy and no one is better at gripping the edge between danger and excitement than he is.  His next adventure will be climbing El Cap, the famous rock in Yosemite that attracts thrill-seekers from all over the world each year.  But he doesn’t want to climb it like everyone else does, with a rope and harness, he’s done that countless times.  No, Alex wants to try something a bit more daring; scaling the wall with his bare hands.  Free solo climbers are adrenaline junkies and, some say, perhaps out of their minds, but none have ever reached the top of El Cap; it basically can’t be done.  But Alex refuses to walk away without conquering the fear that rises when facing something so daunting, and either he’ll go down in the record books or die trying.

Don’t watch this movie if you’re afraid of heights, because we go up right alongside Alex on his many climbs, as he tries to find the right path toward his destiny.  This is all real, this is really as dangerous as it looks, and at any moment Alex could fall 3000 feet to his death, because he’s only holding on with the tips of his fingers and the nubs of his shoes, that’s all that keeps him from tumbling to the ground far below.  I was worried at the beginning that I wouldn’t be able to understand the enormity of the situation, that it would just look like climbing to me, that I wouldn’t get how wild this was.  But wow did I get it, and man was I impressed.  Alex is a weird dude, some viewers are put off by that, but once you see past the surface level you understand his personality and its problems a bit more, you start to grasp what’s “wrong with him” and why he’d do something so insane.  It’s heart-pounding watching him work, and there’s enough of a human element to connect with that you truly get hooked, completely separate from the death-defying sport.  This documentary was painstakingly made and it shows, so hats off to all involved, and a standing ovation to Alex, the human spider who refused to back down from the world’s most difficult challenge.