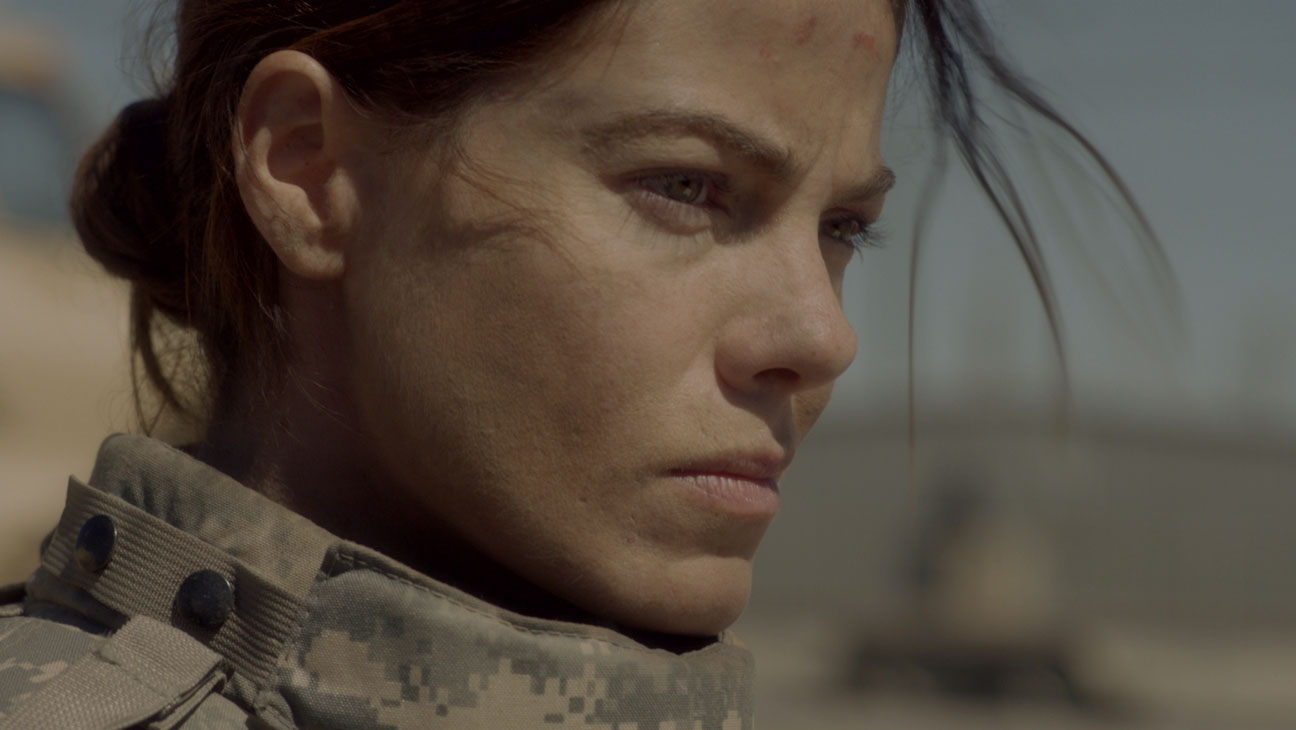 To be fair to Fort Bliss, I’m reviewing it right after American Sniper.  The latter is the true story of a modern day war hero, a gritty combat drama based on real events, a film created by a seasoned director, and starring Hollywood’s current “It Man”.  The former is a fictional story about a medic, one whose only fight scene seems incredibly staged, a movie directed by an amateur, and starring a woman who’s hot beyond measure, but not that great.  Both stories focus on the life of a soldier trying to separate war from home, duty from family, but you can see that there are more than a few disparities between the two.  Fort Bliss is a woman’s take on war, American Sniper a man’s, and both have strong points to make.  But it’s unfortunate for this film that I watched it right after an Oscar-nominated one, because it just doesn’t compare.

Maggie Swann is an army medic, a devoted soldier who is skilled at saving lives.  But back at home, she’s nobody special.  After returning to Fort Bliss, Texas after a long tour in Afghanistan, Maggie is unsure how to get back to “normal”.  Her five-year-old son has been living with his father for over a year, and memories of his mother have begun to fade.  So when Maggie comes to take him home with her, the boy is frightened of this person who might as well be a stranger.  Struggling to adapt to being State-side again, learning to communicate with the son she left behind, trying to understand what she actually wants to do next; it’s not easy for this veteran to put the war behind her and become the mother she once was.  And when a new assignment gives her a new purpose, that purpose might take her away again, forcing a decision about the future to be made right now.

Like I said, maybe it’s just not fair to this film that I watched it right after a much better one.  So I’ll try to be nice, but Fort Bliss was probably never going to be great.  The way it starts feels all wrong, with a totally unbelievable war scene at the beginning that sets a bad tone, rather than hooking me the way it was meant to.  Then Swann comes home and the over-drama begins.  Her son doesn’t want her, she’s sad, she’s shut off, she drinks & gets mad, she can’t decide what to do; it’s all a bit weepy.  Monaghan just doesn’t have the talent to speak without words, to convey this internal struggle in an honest way.  And it didn’t help that the boy she played alongside sucked.  Sorry kid, but no five-year-old acts like that, try to be realistic next time.  Ron Livingston was the best part of the movie, not to be sexist, with a role that actually took work.  Taken as a whole, the film had an honest story to tell, that of a mother affected by war in a very sad way.  And it was short, didn’t over-reach, had a few good moments.  But all in all, the directing wasn’t good enough, the acting wasn’t top notch, and you can see better somewhere else.