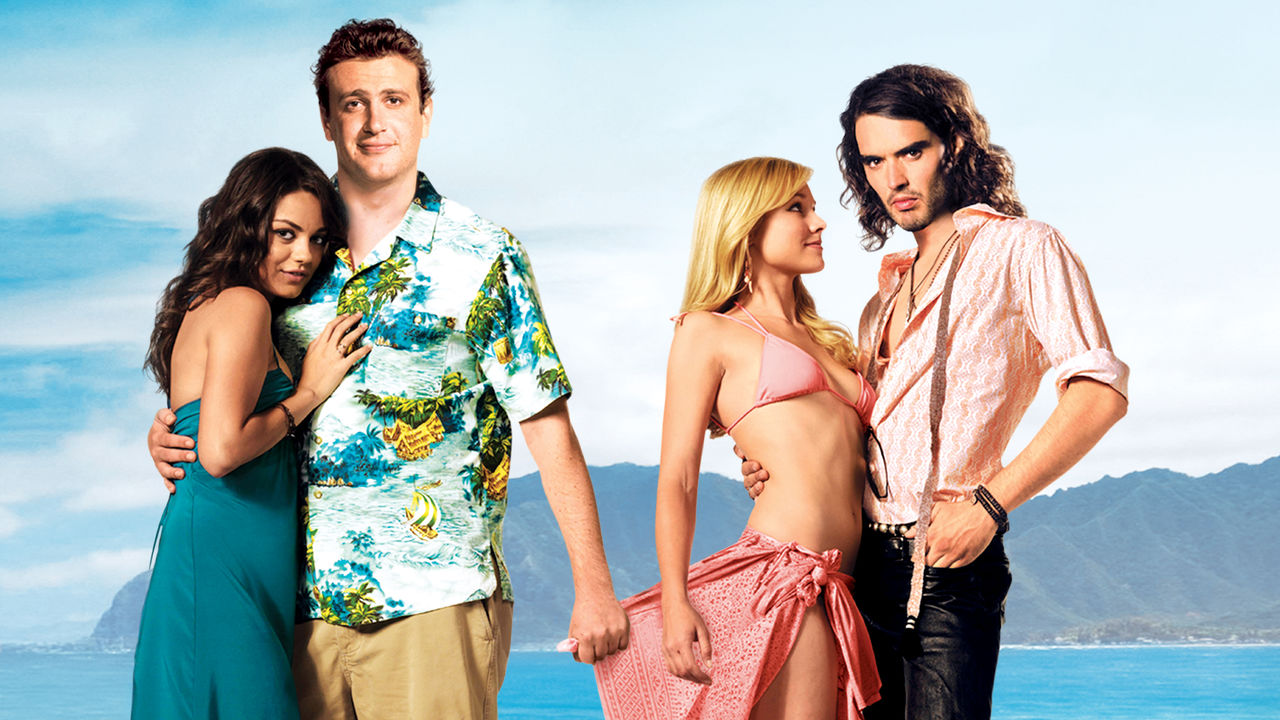 Forgetting Sarah Marshall was supposed to be an irreverent and hilarious comedy with great characters, like the formula that worked in 40 Year Old Virgin, Knocked Up, Superbad, those goofball romps that were a hit in the mid 2000s.  Well, that didn’t work, mostly because Nicholas Stoller is not Judd Apatow, and also because this might be the worst starring foursome of actors any movie has ever been cursed by.  For a comedy about love, there’s not much funny or heartwarming about this Hawaiian shit show.

Musician Peter is dating television star Sarah, and she just means the world to him, especially since she’s so perfect and he’s kind of a shluck.  And so when she dumps him, Peter thinks he’s going to die of heartbreak and he just can’t seem to get over her.  A vacation might do it, so he flies to Hawaii, but guess what, whoopsie, guess who’s there?!  AND she’s brought her new boyfriend, an international sensation British singer dude, who’s at once kinda cool and also a big dick.  Peter lucks out and meets the lovely Rachel, but he’s simply not over Sarah Marshall; will he ever be?

It’s just …*sigh*.  This movie isn’t any good, and what sucks is that it almost is, but never quite gets there.  The setup is silly but fun, the characters are wild, there’s comedy here, it just isn’t delivered correctly, or maybe by the correct people.  Segal, Bell, Kunis, Brand; these are not funny people, not good actors AT ALL, and they simply can’t handle the job.  The side guys, however, that’s where the magic is, there just isn’t enough of it: Paul Rudd, Bill Hader, Jack McBrayer, Jonah Hill.  When those guys are interacting with the stars it’s pretty hilarious, until the stars go interact with each other and you realize that they may be in the wrong profession.  Sarah Marshall has moments, but its leads are so abysmal that you forget to laugh.