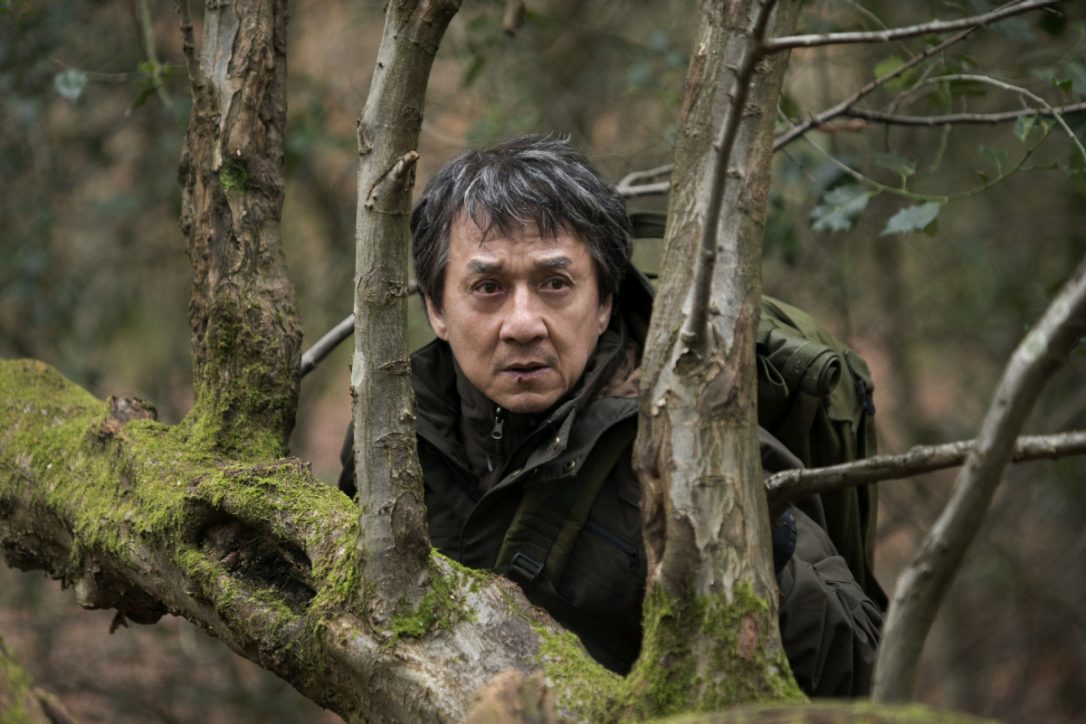 Jackie Chan is listed on IMDb as having 134 roles, many of them uncredited or as an extra.  During the 80s and 90s, he began to obtain larger roles, and then in 1998 he emerged in front of American audiences alongside Chris Tucker, melting our hearts as only Chan can and proving that he could be a legitimate Hollywood superstar.  From there, he became a franchise player, appearing mostly in movies that worked once because of his certain skill set and could probably work again; Rush Hour, Shanghai Noon, Kung Fu Panda, Karate Kid.  He’s an icon, was recently given an honorary Academy Award, and at 63, is apparently just getting started.  The Foreigner is his best film to date, his most convincing dramatic work, and a film that shouldn’t be ignored when considering this year’s best.

Quan, an ex-special forces operative now living in London and running a Chinese restaurant, has moved on from his past life, leaving the violence far behind.  But when a bomb explodes on a busy street, killing his innocent daughter, Quan finds himself sucked right back into a world of lies, espionage, and blood.  A rogue IRA group takes credit for the bombing, and so Quan heads straight to the source to find the names of the men who killed his daughter.  He targets ex-IRA leader and current negotiator for peace Liam Hennessy, a man who knows all the players and all the motives.  Meanwhile, Hennessy must keep the delicate balance between the Irish and the British, one wrong move sending the countries back into revolution and pacification.  Qaun doesn’t care, he simply wants vengeance, but his passion may start a war.

The Foreigner is basically A Most Wanted Man, but with Brits, Irish rebels, and Jackie Chan’s signature stunts.  It’s much more a political thriller than you might imagine, or than the trailer would have you believe.  They advertised the film as a Chan knock-em-out action showcase, where he drives the story with his feet and his fists.  But that couldn’t be farther from the truth, from what the movie actually becomes.  This is a geopolitical, underground warfare, counter-terrorism drama, that just happens to include Jackie Chan as a side character.  Audiences hoping to see kung fu throughout will be very disappointed, but those looking for a bit more will be pleasantly surprised, as this film has a ton more to offer than just fighting.

We shouldn’t really be shocked; after all, Campbell is an experienced director who always brings something fresh to the screen.  No Escape, GoldenEye, Zorro, Vertical Limit, Casino Royale, Edge of Darkness, Green Lantern; not all successes, but films whose impact can’t be denied, each one.  He and Pierce Brosnan team up again, and the result is something powerful and well-made; again, that shouldn’t really be a shock.  Brosnan is basically the main character, and he steals the show from Chan, who you came in thinking would be the star.  Chan is still excellent, he really does exhibit the best acting of his career, and he’s still got the moves, age has not beaten this badass.  He just isn’t in the spotlight the entire time, which is absolutely fine by me, since it resulted in a high-quality all around film.  The story is intense, it’s believable, it’s sexy without too much sex, there are brief moments of solid comedy, and it’s one of the most engaging political thrillers you will watch, this year or otherwise, especially for a genre that can pump out some real duds.  The Foreigner is the real deal, one of the best movies of 2017, if not leading the list not exactly lagging far behind either.