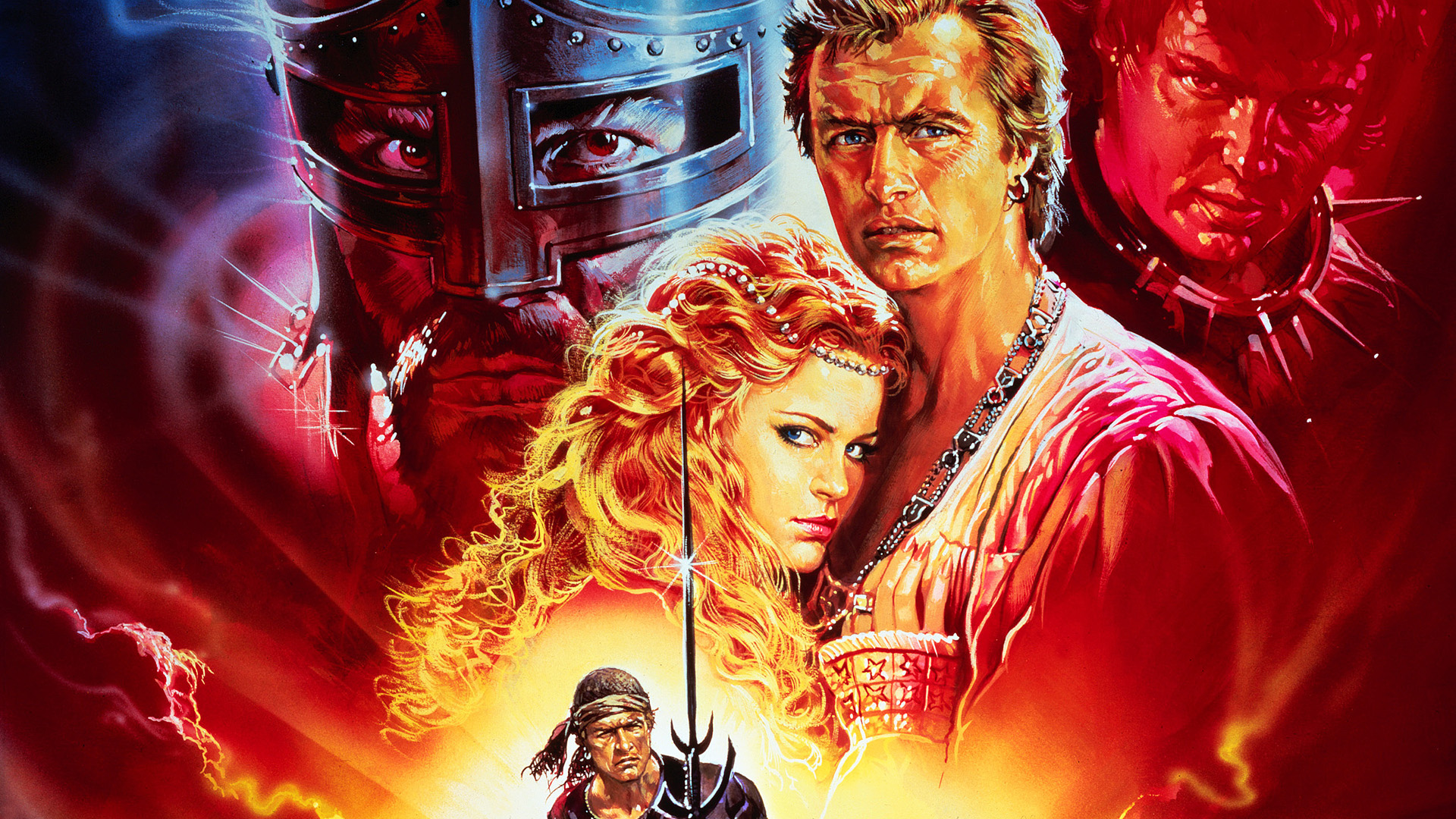 Apparently my pandemic film choices lean toward fantasy, the 80s, and Paul Verhoeven, which all combine perfectly in Flesh+Blood, a movie so good for so many bizarre reasons that I don’t know how to properly explain them all to you.  Just know this; Verhoeven is a master of the dark arts, he knows something about the allure of evil that we simply can’t put into words, and apparently he’s made some sort of a deal with the devil where he gets to create outlandish and sometimes magnificent movies, you just wonder what his end of the bargain is.  I’m serious; I’m beginning to think that Verhoeven is some sort of a genius, because even when he’s bad he’s good.  But that’s not a problem with this film; it’s so spectacular that it just might knock your socks off.  Castles, kidnappings, curses, the Black Death; Flesh+Blood has it all, and it’s all done so perfectly, so perfectly and so wickedly, that you’ll leave thirsty for more.

It’s the 1500s in Western Europe, and life is about as dog-eat-dog as you can imagine.  Mercenaries fight for feuding lords and for the highest bidder, with promises of plunder and prostitutes fueling their lust for war.  One such band, led by the warrior Martin, helps Arnolfini & his son Steven take a city, but are then denied their right of looting, chased from the land like dirty dogs instead.  Their revenge comes in the form of the virginal Agnes, who is meant as a wife for Steven.  Taking her prisoner, Marin and his troupe also craftily take a small castle, where they make themselves lords, though their manners could use a bit of polish.  With Steven on the hunt for his bride and with the plague roaming the countryside looking for more victims, our more-than-flawed heroes have only a short time to enjoy their new-found prizes, before the harshness of reality strikes them harder than ever before.

The only thing I feel that deserves a warning about this film before we move on is a very graphic rape scene, and then a later sense that the rape might have, what, been to save her from worse?  May have led to her falling in love?  It’s an uncomfortable plot point, I’m not sure it would fly today, but it is definitely in keeping with the brutality of this film, I just think some might have trouble watching it, and perhaps trouble with its presence at all.  Make you own mind up about how Verhoeven portrays the heroine, but I don’t think anyone can argue that the man is subversively talented when it comes to bringing up the worst humanity has to offer in a way that makes it hard for us not to watch.  This film is dirty, it’s deadly, it’s brutal, grotesque, and fraught with antiheroes, but it’s so brilliantly constructed that its entertainment value flies ridiculously high.  Verhoeven is simply a master, and he’s all over the place: Flesh+Blood, RoboCop, Total Recall, Basic Instinct, Showgirls, Starship Troopers, Hollow Man, Black Book, Elle.  He’s willing to take risks, and that’s very impressive, because he doesn’t seem to mind failing (COU*Showgirls*GH).  He simply presses on, and sometimes it’s uncomfortable, but he always builds from the ashes in ways audiences didn’t see coming, and that’s the mark of a good storyteller.  Some Blade Runner standbys, Jennifer Jason Leigh in her young days, Bruno Kirby, that Nazi who melts in Indiana Jones; what a great cast.  And the feel is astounding, so authentically muddy and dark, so medieval that it makes your skin crawl, but then with an added Excalibur absurdity that makes the entire experience that much more enjoyable.  I unabashedly love this movie, maybe for its problematic audacity and its stomach-turning twists, but ultimately just as much for being, simply, a film worth talking about.