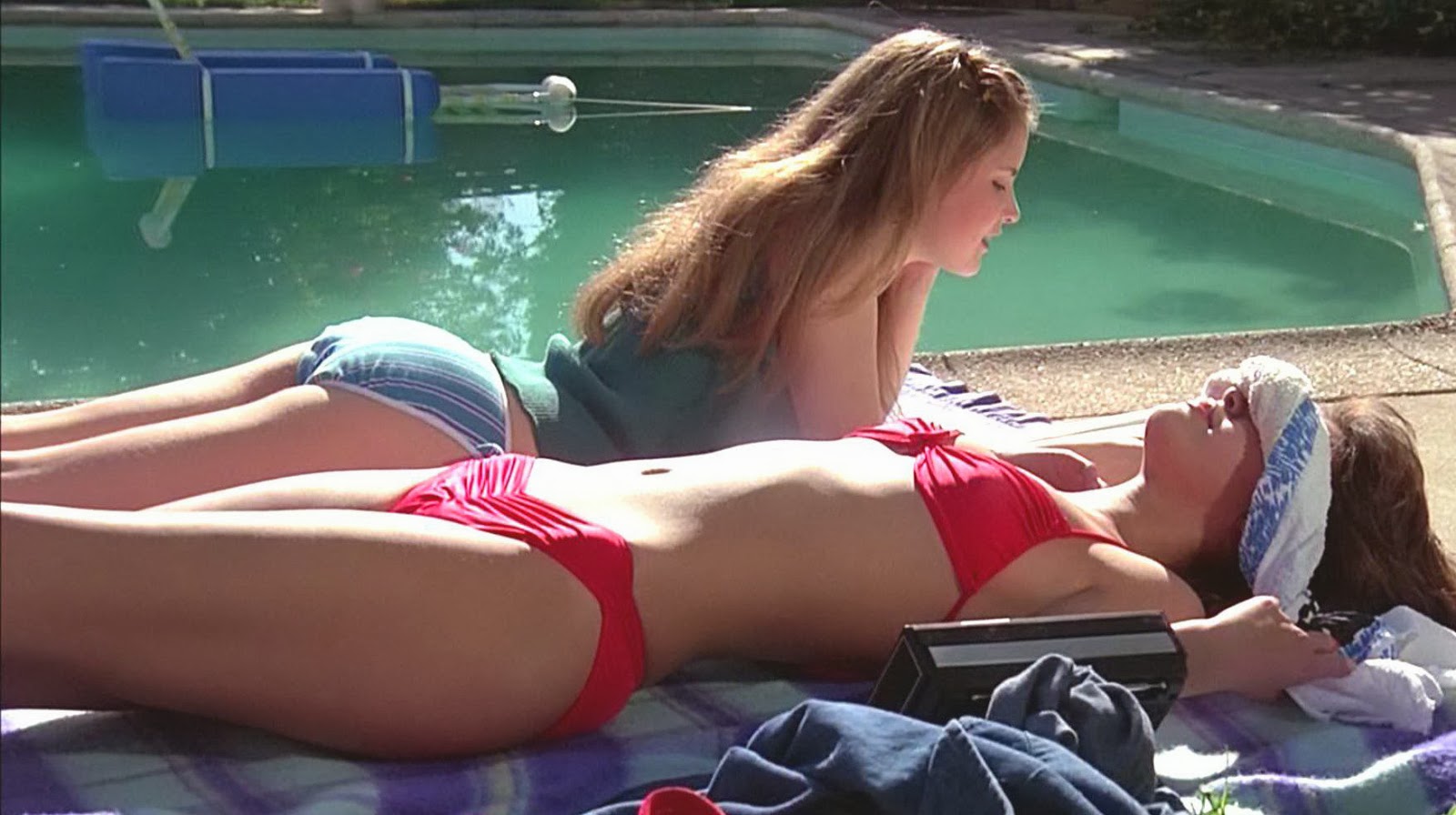 I don’t know if this counts as a closet favorite or just one I always forget that I love so much, but Fast Times at Ridgemont High surprises me every time I watch it because I never remember to remember that it’s fucking fantastic.  And for Amy Heckerling’s first film it’s even more impressive, because she was just getting started: Look Who’s Talking, Clueless, even an Office episode.  But she captured the vibe and feel of the early 80s perfectly, understood the terrors of growing up wonderfully, and somehow delivered it to us in a magically succinct little package of a movie that’s so very special and so incredibly unique.  Fast Times is an icon we almost forget is an icon, but that just shows how natural it feels to all of us, no matter when we grew up, like it might just have been our own life story on embarrassing display.

School’s in session once again for these California teens, and this year may be their wildest one yet.  For Brad, he’s the big man on campus, a senior with a killer car, though his life could quickly spiral out of control in an instant.  For his younger sister Stacy, things are simpler at first; she just wants to have sex and get it over with, so she can move on with her life without “virgin” hanging over her head.  She makes the mistake of falling in with the wrong guy (Mike Damone) while the right one is too shy to make a move (Mark ‘Rat’ Ratner), but she’ll figure it out eventually.  Meanwhile, the class clown/surfer/pothead can’t seem to make it to class on time and nearly misses graduation, but he might just skate through on personality alone.  There’s more than one way to make it through high school, and I guess coming of age is all about experience and experimentation, but these kids have some weird ideas on just what it might mean to be grown up.

This movie is definitely famous for the Phoebe Cates fantasy scene, and there’s a large amount of nudity and sex and hormones, but that’s not nearly the point; there’s so much more to enjoy here once you get past the juvenile pieces that we recognize and even appreciate because, hey, we were all kids once.  I went through times like these, I had friends just like these, I can see myself in these moments because they are honest and capture what it’s like to survive high school, no matter the era.  At the same time, what a snapshot of the 70s giving way to the 80s, what a nostalgic journey for those who grew up during these times, and even for those of us who were about to be born and join the confused throng.  Heckerling gets it all right, her characters are perfection, and this cast is something impressive all on its own: Jennifer Jason Leigh, Sean Penn, Judge Reinhold, Phoebe Cates, Ray Walston, Forest Whitaker, Eric Stoltz, Nicholas Cage, Anthony Edwards, with Brian Barker & Robert Romanus as Mark & Mike stealing the show as the real unsung leads of this film, apart from JJL.  Add in one of the most impressive movie soundtracks of all time and you have one of the most influential films ever made, a classic to beat out most other classics for no other reason than pure, lovable charisma and a once-in-a-lifetime mood that will never quite leave you.