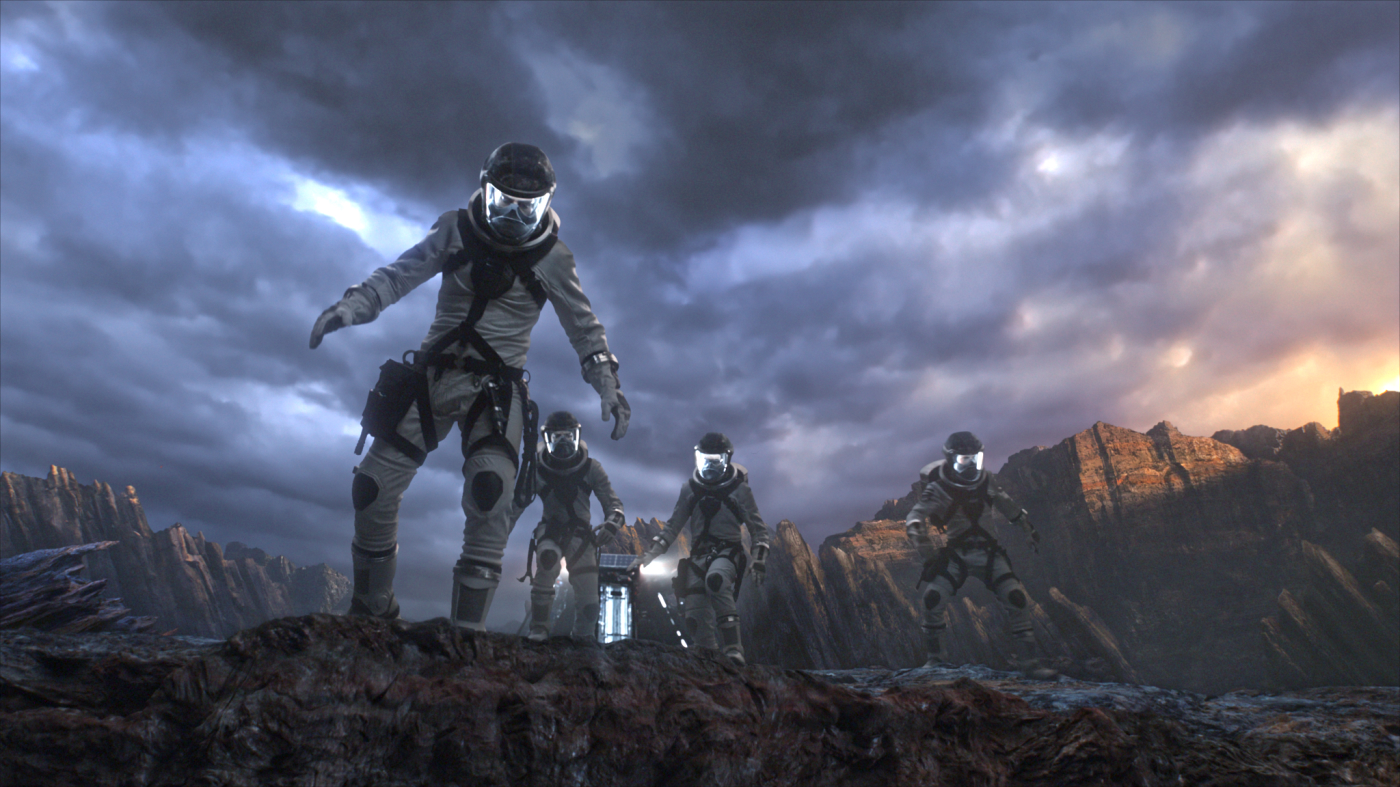 Ten years ago, Fantastic Four flopped.  Instead of intensely exciting, the 2005 take on the classic comic book heroes was silly and juvenile, making for a movie that everyone above the age of 12 could agree was fairly terrible.  So when the 2015 reboot was announced, it was almost guaranteed to surpass the first; all it really had to do was be passable.  But although the new Fantastic Four steers clear of the ridiculously childish feel that dominated the other, it failed to impress either audiences or critics in early polls.  I was curious as to why, given that it would have to completely fail in all areas to be any worse than its predecessor.  But that’s exactly what happened.  At least the older version had a cool Johnny Storm, a big Ben Grimm, a mature Reed Richards, and a sexy Sue Storm.  This take has none of those, and barely qualifies as a film at all, after leaving out almost everything that makes movies watchable.

Reed & Ben are best friends from a small town, have very different personalities and intelligence levels, but are totally loyal to each other.  Together they develop a teleportation device, a machine that can send an object to another part of the world.  But when they meet Dr. Franklin Storm and his daughter Sue, they learn that the objects aren’t going halfway across the world, but to another dimension, an alternate reality that could hold the answers to Earth’s energy problems, among other things.  And so a team is created to send humans to this place; Reed, Sue, her brother Johnny, the young genius Victor Von Doom.  They, along with Ben Grimm, witness the completion of the project and the first attempt to reach the other side.  But something goes wrong, Victor is left behind, and the rest of the crew change in ways that they cannot explain or control.  When the government takes over, the kids will have a choice between a life of service or the fate of an outcast, all while attempting to figure out how to reverse the horrible changes that they don’t understand. I could hardly credit the awful press this film received both before & after opening, but now that I’ve seen it, I completely understand.  So I won’t be a dissenting opinion trying to defend a bad movie, but I will also attempt to hold myself back from ripping it to shreds.  It did do a few things well, which is something, though not much when stacked up against what went wrong.  We got a back story, a look at Reed as a child, and so we could understand where his passion came from.  And we got Miles Teller (The Spectacular Now, Whiplash), who is a young actor just emerging as a great talent, someone who’ll be around for a long time.  But what we didn’t get was quality acting from literally anyone else.  The little kids were just terrible and I have no idea where they found them.  The adults in charge (Reg E. Cathey, Tim Blake Nelson) were even worse, delivering embarrassing performances.  Mara, Jordan, Bell, and Toby Kebbell to an extent, were forgettable if we’re being nice, college theatre level if we’re not.  Whoever cast this film should be immediately fired.

But that’s not where the horror ends.  The biggest problem this film faced was the film itself, or, more specifically, how it was barely recognizable as a film at all.  It lacked everything that we enjoy about movies; character development, plot flow, twists, emotion, content, depth; all those good words that we like seeing brought to life.  After the accident, time jumped forward a year, forgetting that we might need to understand how things came to be the way they are.  Reed was a fugitive, and then he wasn’t, with colossally disappointing information on what he was up to in the interval.  And then, shockingly, the movie almost forgot to have any action or climax.  It was as if the film got chopped in half and all we saw was the first part, a semi-formed story about kids with powers who had a little scuffle with a villain as they were attempting to learn how to control their new abilities.  But then the movie was over and we were all left alone with the feeling that we had just seen a rather long trailer, not an actual cinematic accomplishment.  Someone forgot what entertainment is supposed to be about; I think I’ll blame Josh Trank, though I did like Chronicle, and I’ll doubt that he ever lives this debacle down.