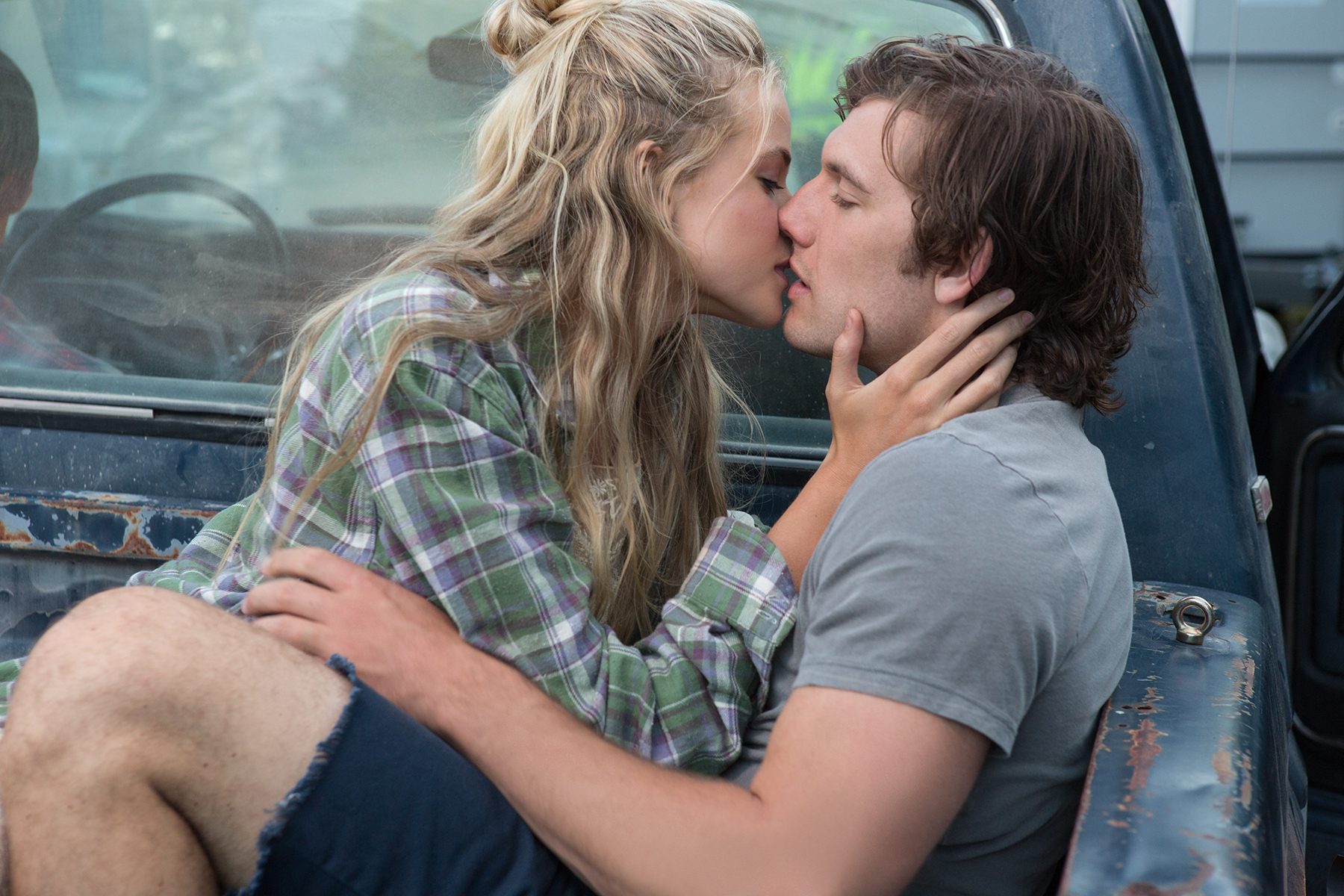 I was originally interested in this movie because of the 1981 Brooke Shields version.  I thought, with that classic as a base, a modern twist might work.  After all, we as audiences never really get tired of love stories, especially young love stories, and the whole rich girl/poor boy theme is something we all innately understand, even if we’ve never experienced it exactly.  So when I saw the trailer I was hopeful that the film might be good, even though I could totally see it going the other way.  Well, the other way it went.  And actually, I never saw the original, so perhaps I shouldn’t have expected a quality coming-of-age story based on a movie I have never seen.  Lesson learned.

They say opposites attract, but they can apparently also fall in love & mess everything up.  Such is the case in the passionate affair of Jade & David.  Jade is the perfect rich girl, beautiful beyond description, a veritable genius, on the path to becoming an Ive League educated doctor.  She might not have any friends, but that’s because she’s so goal oriented, so driven, and honestly a bit broken-hearted after the death of her older brother.  David is the messed up poor boy, always getting into fights, doesn’t have any plans, loves working on cars, and has had his eyes on Jade for years.  When the two finally talk, they begin a relationship that will shape their lives and tie them together forever.

It’s not that the movie was terrible, it’s that it’s the cheesiest thing you’ll ever see.  And it wasn’t even cheesy in a stupid Nicholas Sparks kind of way, it was more like teenage angst and the sap that surely follows brought to life on the big screen.  The love, the romance, the bad choices, the passion, the angry father, the tragic pasts, the misunderstandings; it was like reading a 15-year-old girl’s journal and then adding in extra bad plot lines to flesh it out.  And the acting was just as bad as the story.  Gabriella Wilde, who has an incredible complicated real name (no wonder she changed it to Wilde) might be extremely pretty but she’s not the most expressive actress.  Although, to be fair, Alex Pettyfer is far worse.  He was wooden & funny-looking; not someone I’d fall in love with were I a high school virgin, just saying.  Add in the always dramatic Bruce Greenwood and you have a cast that was in over its head, especially when handed a script that might have been written in an hour.  This is romance gone bad, or at least gone depthless, and should be duly avoided.