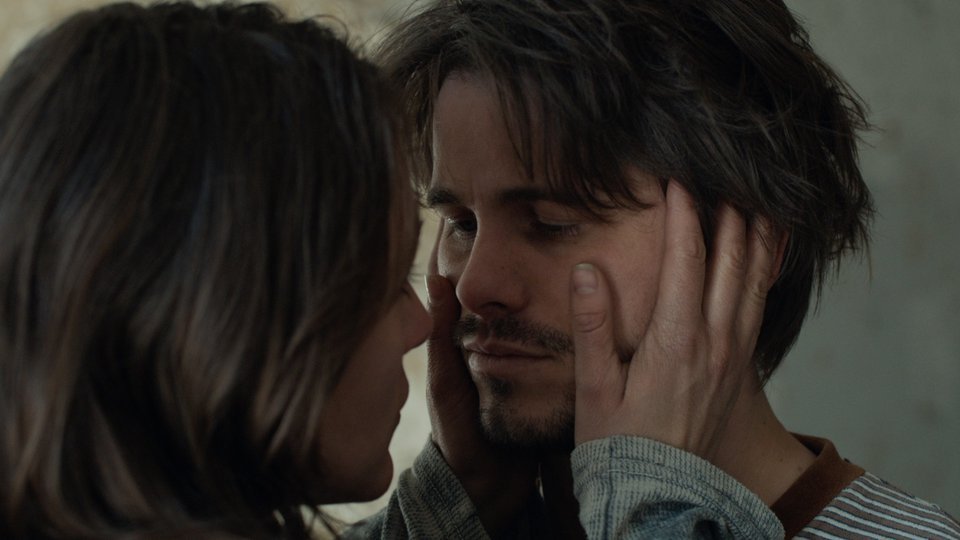 Give me dystopian sci-fi any day of the week and I’ll eat it up without much forethought, like a dog catching treats from the air.  Make it of the understated variety, leaving behind the cheap action sequences that so easily lend themselves to this genre & have become a favorite of less imaginative directors, and I’m likely to enjoy what I’m feasting on.  Partisan, Equals, Perfect Sense, Blindness, The Road; these are a few films that come to mind when trying to recall cerebral post-apocalyptia, and I thought that Embers had a solid chance to join the group.  What director Claire Carre failed to do, however (and this seems a very simple aspect to remember to add to your movie), is infuse any sort of intrigue/excitement/passion/spirit into what the also co-wrote.  No, we don’t need explosions to paint the picture of a bleak future, but we could do with a hook or two just so we don’t fall asleep half way through.

In five years, a disease will erase human memory, leaving us a shell of the society we once were.  With no memory of what happened yesterday, how can civilization advance, let alone make it through the day without making a million mistakes?  The details are absent, but mankind goes rogue, cities fall into disrepair, individuals move around alone without the knowledge of what to do next, or even of what happened last.  As we examine this new world, we’ll meet a few of the unrelated inhabitants that people this lonely planet.  A man and a woman always wake up together with a similar cloth bound to their wrists, signifying some sort of connection.  Miranda and her father live in a bunker, alone, unfeeling, knowing that leaving means infection and a loss of self.  A boy wanders the landscape until finding a teacher of sorts.  And a young man leads a destructive existence, exhibiting the lowest tendencies of a species removed from its throne.

The concept is cool, I wish it existed in novel form, but the film missed the mark by a mile.  Carre forgets that we need to be entertained in order to stay focused, and I hope you understand that I don’t mean entertained by hand to hand judo combat in a sci-fi wasteland.  I just mean that we need something captivating to hold our attention, to get us through until the next scene, and any element that might have drawn us into this story was absent.  The film was simply boring, there’s no other way to put it, and it failed to get its point across because of that basic flaw.  The acting from Ritter & Gocheva as a couple was pretty good, they were the main emotional pull, but even that puttered away.  Fernandez and her character’s father were yawn-w0rthy, as was every other detail brought to “life” on screen.  At 80 minutes, you can watch without investing much, and good thing, because you won’t get anything in return.