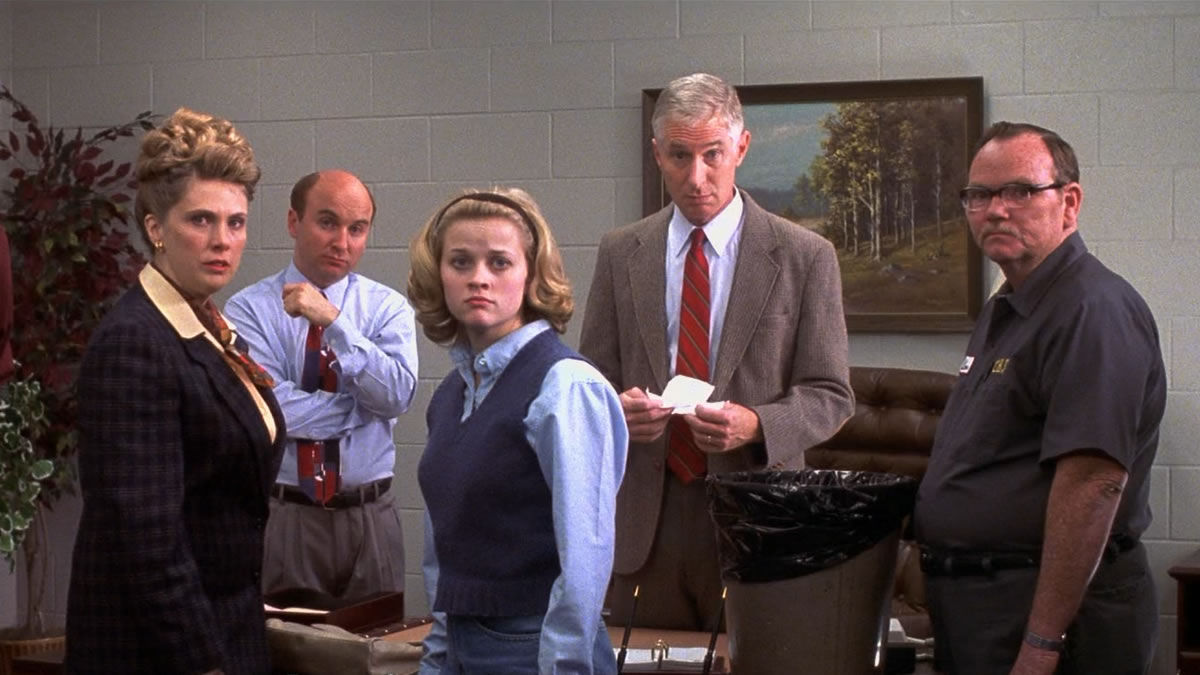 Election was not what I was expecting.  I remember another MTV movie, Jailbait, that came out around the same time, so I had some idea what was coming, some boundary-pushing sexuality, some juvenile humor, at least enough to get young adults to tune in.  But Election was more than a taste of the illicit, it was the whole pie, and it went to a dark, twisted, perverted place faster than I was perhaps ready for.  That said, I don’t mind ‘wrong’, and this film was definitely wrong, from its sexualization of teens to its playful attitude toward infidelity.  Or maybe that’s reading too much into what is ultimately laughter at the expense at someone else’s unhappiness, and a real unusual riot.

Mr. McAllister is a popular teacher at a Nebraska high school, popular and powerful; teacher of the year, student government advisor, you name it.  But there’s one girl at school who he simply can’t stand, for good reasons and bad, and that’s Tracy Flick.  Tracy is an overachiever, a constant talker, a go-getter, a girl who gets things done, a real bulldozer, if you will.  She’s set to win Class President, again, but this time Mr. M might decide to stand in the way.  He pushes the most popular boy at school, Paul Metzler, to run against Tracy, which sets off a series of events that will shake up the school, the city, and multiple unsuspecting lives.

This was the real start of Alexander Payne’s career, the rest was history, but a history of ups & downs: About Schmidt, Sideways, The Descendants, Nebraska, Downsizing.  He’s a fun director, he knows what he wants to say, and how he wants to paint the world, sometimes we just don’t want to see it that way.  Election is a film that could rub people the wrong way, very wrong in fact, or it could tickle you in a place where you don’t often admit to being tickled.  Not that, perv; I’m talking about something darker.  This a black comedy if ever there was one, a cruel trick on humanity that’s both hard to watch and awesome to see unfold.  Thing Fargo meets American Pie?  I don’t know, something weird like that; this movie is hard to describe.  It’s bizarre, it’s twisted, it’s crude, it’s accurate, and the entire time the cast is playing up the joke/farce/moral perfectly.  Broderick is excellent, Witherspoon is phenomenal, Klein is great as the big dumb quarterback, and Election works because it’s so wacky, so rude, and so unashamed.