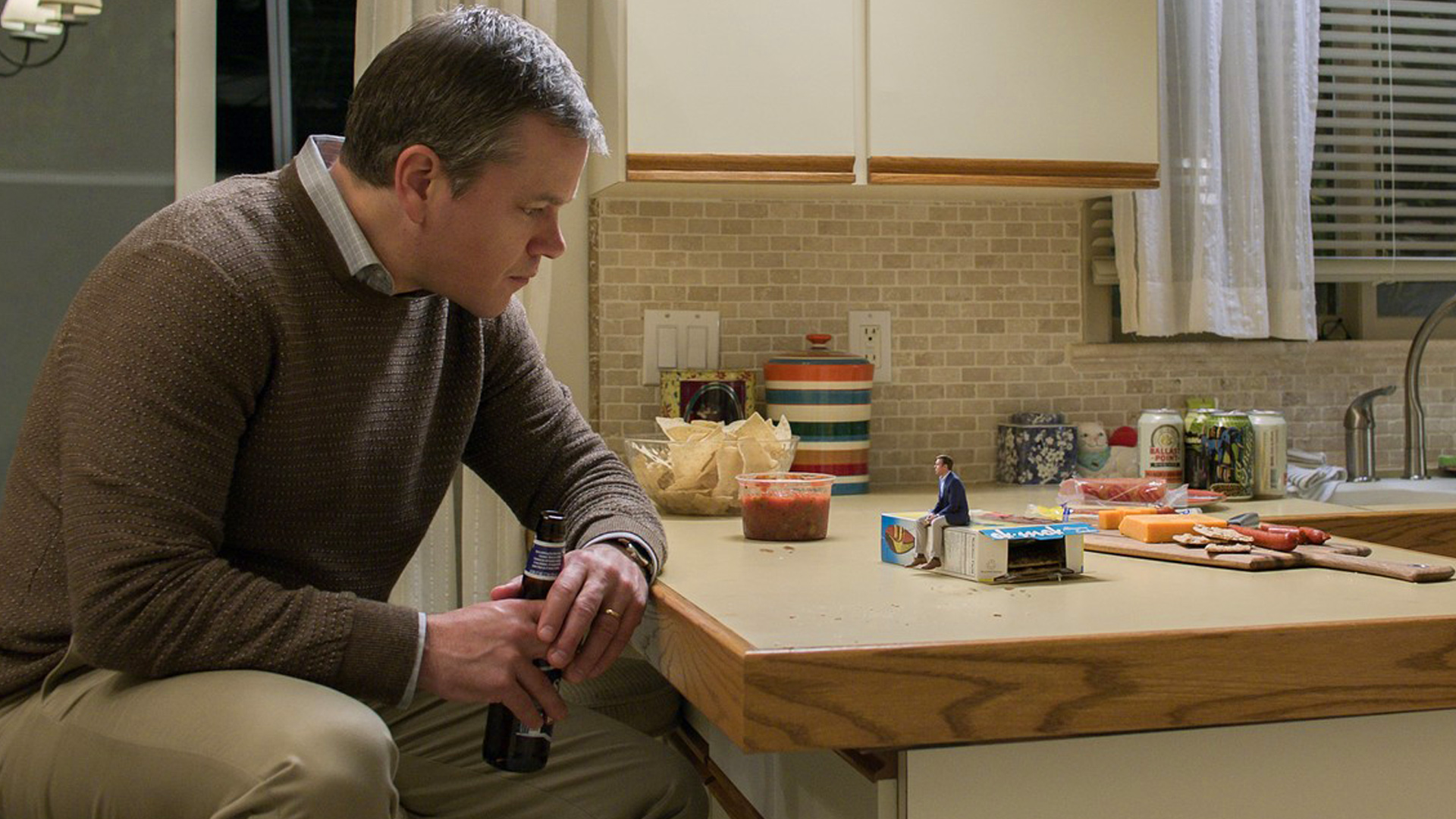 Every year there are one or two films that top the early Academy Awards Contenders lists, only to completely fall off to the side of the road when actual people start actually watching the potential nominees.  Downsizing is one that had all the buzz going for it early on, but completely faded away when audiences started sitting down in front of it.  The reasons are obvious once you watch it yourself, and it’s the type of movie the reaffirms your faith in your own taste level, let’s you know that you aren’t crazy, that sometimes films just don’t work the way they’re supposed to, even though they have everything going for them.  Downsizing is a let down of epic proportions, there’s no doubt about that, every one involved receiving a rather insulting A for effort instead of an Oscar.

Paul Safranek is an ordinary guy living an ordinarily depressing life.  He’s lived in the same house since he was a boy, he lets people walk all over him, he was on his way to being a doctor but instead settled for being an occupational therapist at a meat-packing plant, and he’s simply not sure that his life turned out the way it could have.  So when Downsizing is discovered, Paul sees fate stepping in to give him another chance at making his mark on this world.  Scientists have developed a way to make organic matter smaller, to shrink humans down to sustainable sizes so that their impact on the planet is that much smaller.  What’s more, things cost less when you’re small, so you can live in a mansion in an enclosed community for a fraction of what similar housing would cost on the outside.  Paul and his wife Audrey sign up and begin their transition to Leisure Land, a place where all their dreams will become realities.  But you know the saying; if it sounds too good to be true, it probably is, and Paul will learn that happiness doesn’t come with the right stuff, it comes with the right people.

Alexander Payne has directed some really solid, though-provoking films (About Schmidt, Sideways, The Descendants, Nebraska), which makes his inability to bring the same talent to Downsizing all the more confusing and disappointing.  The first 40 minutes are great, as is the concept and the characters we think will be with us throughout the film.  The idea of “getting small” resonates, the message is clear yet multi-faceted, I was instantly drawn to Paul, and I was ready to disagree with critics, to stand up for Down.  But then the back 3/4 of the film came, and it all became clear.  First, the plot completely disappears, and the people we met are gone.  Then, we meet new people, but they are caricatures, and the message is completely lost when the story goes in an entirely new direction.  The pace slows way down, you could argue that absolutely nothing happens in the last 100 minutes, and the positives that I thought were coming go straight out the window in a hurry.  It makes you wonder if Payne even watched his own project, if he saw how it turned out and was satisfied with the result.  The movie has some cool cameos (Kristen Wiig, Jason Sudeikis, Rolf Lassgard from Ove, James Van Der Beek, Neil Patrick Harris, Laura Dern, Don Lake), I like the miniaturized world, but eventually the quality tanks, and audiences are left wanting there money back.  It’s no surprise that Downsizing caught so much attention nor that it lost our respect; both were deserved.