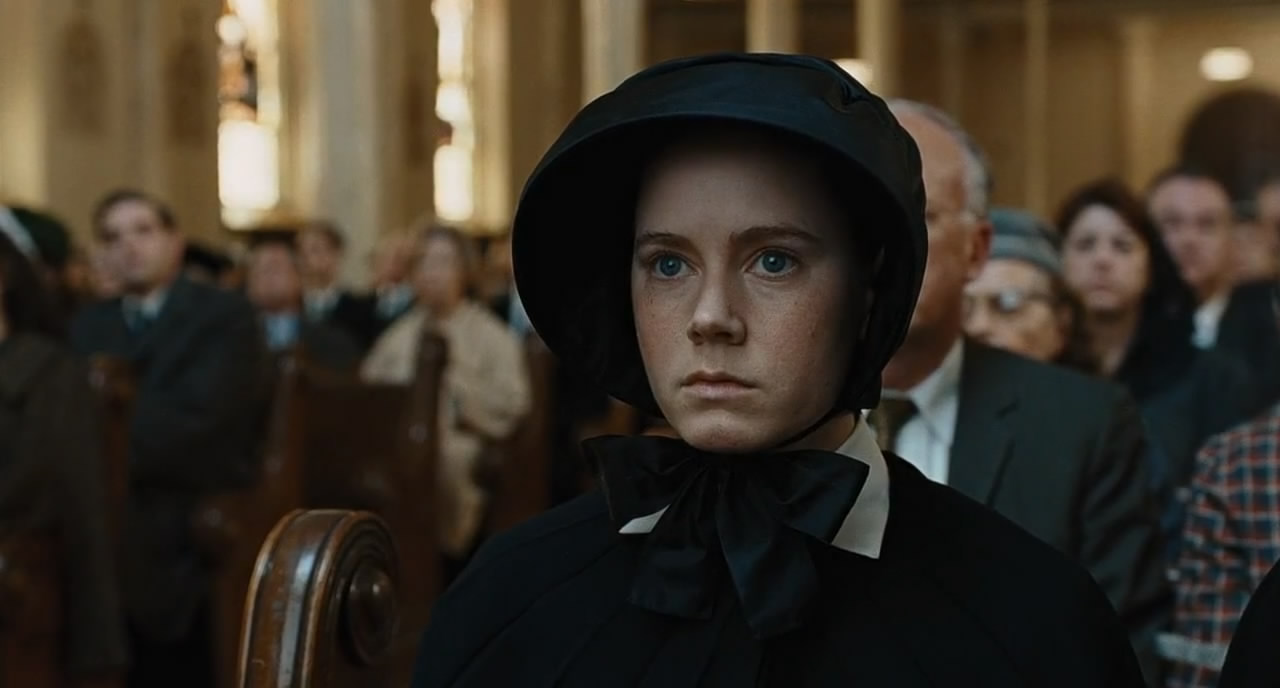 Although it wasn’t nominated for Best Picture at either the Academy Awards or the Golden Globes, Doubt did receive the same five nominations at each: Best Actress, Best Supporting Actress, Best Supporting Actress again, Best Supporting Actor, and Best Screenplay.  Looking at the cast list, you can imagine why almost every adult speaking part received recognition; this is a group of four who are among the most powerful talents we have ever seen on screen.  Streep is a legend, Hoffman was a genius, we all know what Adams and Davis have become; rewatching this film is like reopening Tut’s tomb.  Doubt is a cinematic treasure to anyone who appreciates great acting, and that’s the first thing I look for in a movie, beyond good story or good cinematography or good directing; acting has the alchemetic power to transform anything into solid gold, and here’s a prime example.

At a quiet Catholic school in the Bronx in the year after the assassination of John F. Kennedy, life moves inexorably forward toward change despite the resistance of the stubborn minority.  Even Catholic school can change; popular music is entering the building, the school’s first black student is attending classes, and the church has begun opening its doors to a more friendly, family feel in order to have a greater appeal.  Sister Aloysius, acting principal, is one of the few who sneers at such notions; the students are scared to death of her and that’s exactly the way she wants it.  Father Flynn, on the other hand, wants the church and the school to progress, even taking a personal interest in the success of Donald Miller, the young African-American student.  Too personal, in the eyes of Sister Aloysius, who asks innocent Sister James to keep a watchful eye out and report back anything strange.  But while the relationship that is budding between Father Flynn and Donald Miller might be strange, that doesn’t mean that it is inappropriate, and there is more going on than either Sister can know.

Doubt is as powerful a drama as you are ever likely to see, and it doesn’t need death or nearly any action at all to convey that raw, emotional strength.  The film is an adaptation of a play, also by John Patrick Shanley, who isn’t much of a director, much more a writer, but gets the job done here by working with material that he knows and also giving the reins to a cast that must be any filmmaker’s dream.  Each member more than deserved their nominations, they all delivered peak performances, with layer upon layer of psyche and subcontext that you could dissect for years.  The story will haunt you, as you try to figure out the wrong and the right of the situation, who is to blame and where we go from here.  I have my own most-likely-not-so-original theories on the undertones of the plot, why the Sister is so convinced that the Father is lying, while audiences are convinced to trust him, and how both can be true at once.  But it’s up to you to watch and to decide, to enjoy the stage-like atmosphere along the way, to wallow in the acting master class session presented to us for free, and mostly to come away having seen excellent cinema in a way it’s very rarely done.