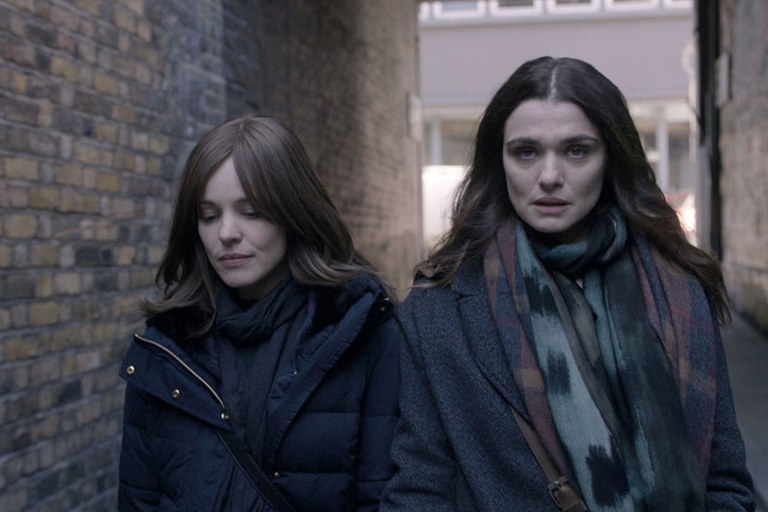 An early favorite to provide a Best Actress and/or a Best Supporting Actress nomination for next year’s Oscars, Disobedience is the kind of drama that the Academy loves, and for good reason.  I know that audiences can become exhausted from too many sad, heavy, dark, emotionally draining tragedies/romances/melodramas, but they’re often the easiest vehicles to convey the amount of emotion necessary to really pull our hearts into a story.  This film could be up for Best Picture or could send both leading women to the stage to pick up awards; I don’t think that the weight of the main theme should be held against it.  And I even say that not having loved the movie, I simply think it’s deserving of praise and recognition, even if we have become slightly tired of the top features of the year coming to us from such a deep place.  Disobedience is somewhat draining, imperfect in its delivery, but inarguably important and captivating, something we’ll still be hearing about this winter.

A Jewish community in London is rocked when their beloved Rabbi Krushka dies while delivering a sermon, advanced age and pneumonia taking him to be with HaShem before his congregation was ready to let him go.  Taking over will be young  Dovid Kuperman, who has been the Rav’s disciple for years.  When he was a child, Dovid’s best friends were Krushka’s daughter Ronit and a girl named Esti, who is now his wife.  Ronit was shunned my the community and went to live in New York many years ago, after she and Esti had a sexual relationship, something that Dovid was purposed with keeping away from Esti, allowing her to live a honorable and devoted life as a Jewish woman.  Ronit returns to England for the funeral, where she and Esti can’t help but feel the rekindling of their love for each other, despite what being together would mean and what it would destroy. A film can be good but flawed, which I think describes Disobedience well.  I understand that calling a movie “flawed” may seem like a cop out, since every one is, it doesn’t take much effort to say that something isn’t the best you’ve ever seen.  But this film has specific flaws that keep it from greatness, despite the strengths that still make it worth your time.  The pace is slow, which isn’t always a bad thing, but it is when the filmmaker could have saved our time by utilizing some simple editing, by trimming off the fat that we didn’t need at all, by consolidating scenes so that they each viewed better and the entire project flowed more quickly.  Boredom is a risk when dealing with a topic that’s as dramatic as this one; someone needed to take this movie in a firm hand to hold it back from becoming slow when its content started dragging along the path.  Also, while McAdams has come miles from where she started, she still isn’t an upper echelon actress, while Weisz is, so the discord there distracted me throughout, one woman commanding every scene while the other seemed constantly to only be playing a well-written part.

Weisz is probably the best aspect of Disobedience, her performance containing a ton of anger and bitterness and somehow hope, a complicated persona that was fun to watch.  She and McAdams, the Rachels, worked well together, I thought they had good chemistry, although when their chemistry exhibited itself was a little confusing; I often disagreed with the director on when the moment was right to stun audiences with sex, when to have the women connect emotionally, even when to move to the next stage of the plot.  The story itself is solid; we need to see more insight into religion like this so that more of us can learn its darker secrets, its medieval practices, its inherent ridiculousness.  That won’t be what everyone takes away from the film, but that’s what hit me, how a culture that still clings to an ancient text that has no relevance to their lives can continue, for tradition’s sake, the daily, close-minded idiocy that causes much more harm than it does good.  So the story is necessary, the acting is mostly strong, but the film views longer than it actually is, and a few tweaks would have gone a long way, would have made this contender into a real threat.